A South Korean diplomat has claimed Kim Jong-un is in a coma and his sister is set to take charge of North Korea.

Chang Song-min, an ex-aide to late-South Korean president Kim Dae-jung, claimed North Korea is hiding the truth about its leader's deteriorating health and that he understands the dictator is in a comatose state.

Speaking with local media, Chang Song-min said: "I assess him to be in a coma, but his life has not ended."

He said Kim's sister, Kim Yo-jong, is now ready to take over as the hermit state's new supreme leader.

"A complete succession structure has not been formed, so Kim Yo-jong is being brought to the fore as the vacuum cannot be maintained for a prolonged period." A South Korean diplomat has sensationally claimed that Kim Jong-un is in a coma and his sister is set to take control of North Korea. Photo / Getty

This week, South Korea's spy agency, the National Intelligence Service (NIS), reported that Kim will gradually transfer authority to his sister "to ease stress" despite his young age.

The claims come after it was reported Kim had promoted his sister to second-in-command earlier this week.

Kim Yo-yong is now in charge of North Korean policy towards the US and South Korea, making her de-facto deputy. 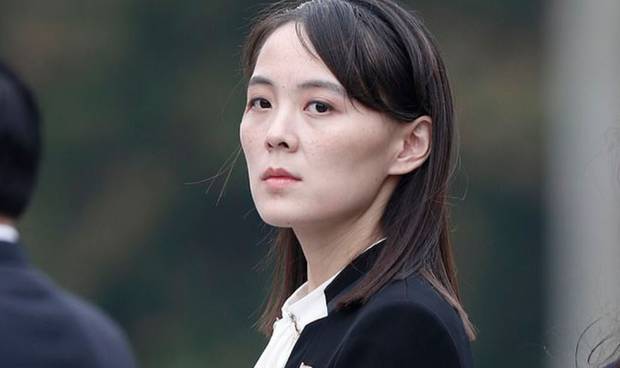 Kim Yo-jong, 33, is in prime position to take over some of her brother's powers, according to Chang Song-min. Photo / Getty

The 36-year-old North Korean leader has only been seen a handful of times this year following speculation of a "botched" heart operation in April.

But North Korea the quashed rumours after releasing footage of Kim cutting ribbon at the opening of a fertiliser factory in May.