A Chinese military fighter aircraft has flown dangerously close to a Royal Australian Air Force (RAAF) plane over the South China Sea and threatened the safety of the Australian aircraft's crew.

Australia's Defence Minister Richard Marles said the government had raised concerns with Beijing about the "very dangerous" mid-air incident, which occurred in international airspace on May 26.

Marles said the RAAF P-8A Poseidon aircraft was carrying out routine maritime surveillance when it was intercepted by a Chinese J-16 fighter aircraft in a "dangerous manoeuvre".

"What occurred was that the J-16 aircraft flew very close to the side of the P-8 maritime surveillance aircraft," Marles told reporters in Victoria.

"In flying close to the side, it released flares, the J-16 then accelerated and cut across the nose of the P-8, settling in front of the P-8 at very close distance.

"At that moment, it then released a bundle of chaff which contained small pieces of aluminium, some of which were ingested into the engine of the P-8 aircraft." 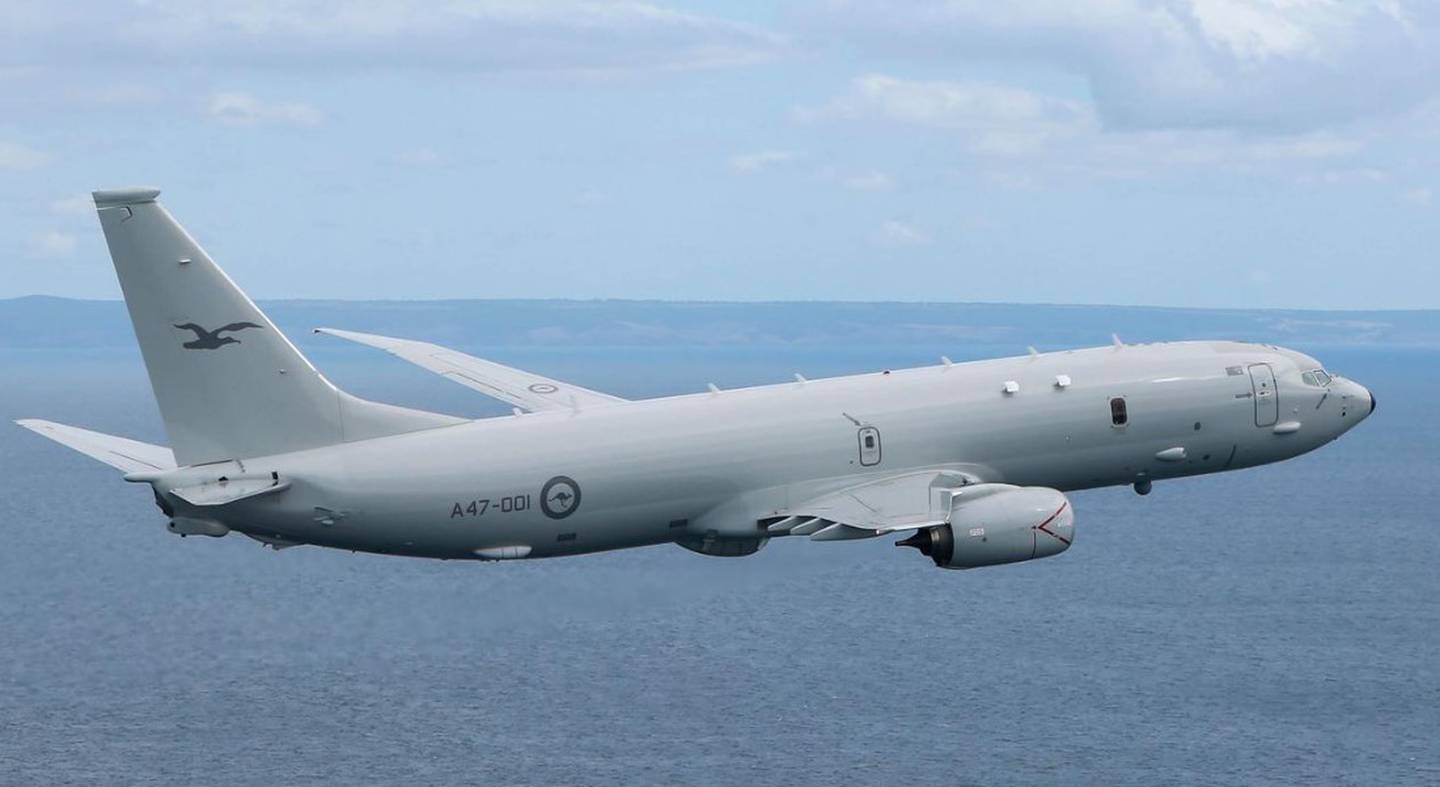 The intercept posed a safety threat to the RAAF P-8 maritime surveillance aircraft and its crew. Photo / Supplied

Marles said the RAAF crew were all unharmed and they had responded professionally and returned the plane to the base after the incident.

He has directed Australia's Department of Defence and the Australian Defence Force Chief to express concerns over the incident to Chinese authorities, in the Labor government's first contact with the Chinese military since it came into power.

Marles said conducting surveillance over the South China Sea was in Australia's national interest and "completely within our rights under international law".

"This is a body of water, which is deeply connected to Australia because of our trade, which goes through there," he said.

"We have made representations to the Chinese government, but we will not be deterred from engaging in the activities which we are entitled to at international law in the future."

Marles claimed China's broader actions in the region were "inconsistent with the UN Convention on the Law of the Sea".

Anthony Albanese, speaking ahead of his three-day diplomatic trip to Indonesia, said the federal government was concerned.

"We are concerned about this incident," he told reporters in Perth on Sunday. "This was not safe, what occurred, and we've made appropriate representations to the Chinese government expressing our concern at this." The incident comes after a Chinese navy ship in February aimed a military-grade laser at another Australian surveillance aircraft mid-flight.

The already-tense relationship between Canberra and Beijing has further soured this year amid concerns of China's military expansion into the Pacific.