For more than a decade, international analysts have warned that China's global infrastructure diplomacy could be a disaster for poorer nations. Some even suggested the strategy was deliberate – a means to secure strategic international assets.

Others, however, have labelled such criticism as "sour grapes" as the economic influence of the United States wanes.

"It is simply another typical case reviewing the sour-grapes mentality of the US-led Western world, unwilling to see any beneficial co-operation between China and others, and they know clearly that they have lost advantages in pursuing such kinds of collaboration," states the Communist Party controlled Global Times.

Beijing's cash splash has proven extremely popular, with big-ticket items such as ports, bridges, highways and railways high on the priority list of its Belt and Road initiative. 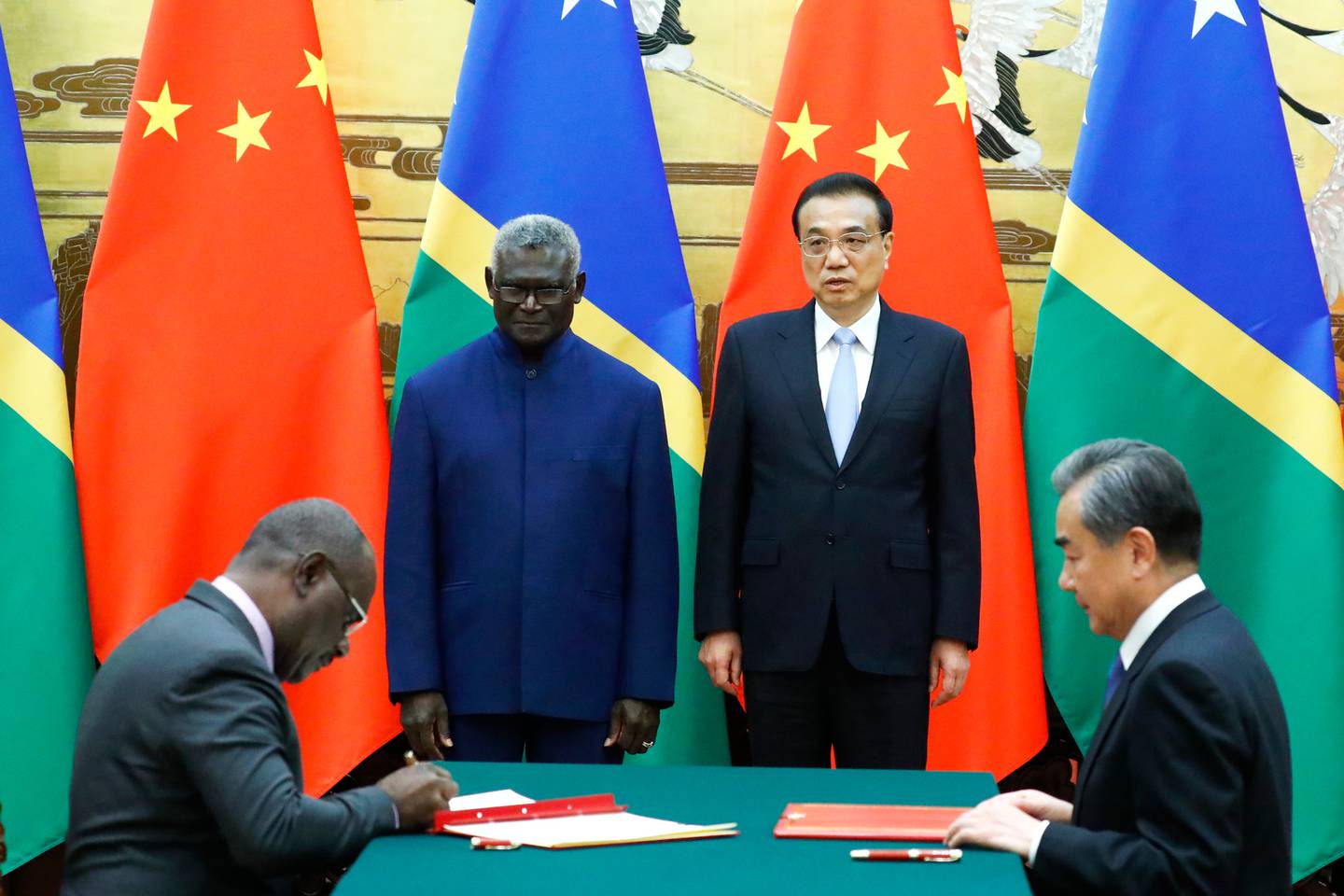 Now the global pandemic, as well as soaring energy costs and global food shortages brought about by the Ukraine war, have proven how vulnerable these poorer nations are.

Sri Lanka's economic collapse and civil unrest have been widely blamed on the government's cosy relationship with Beijing. And the foreclosure of its multi-billion dollar Hambantota Port – handed over to China in 2017 – is treated as a case study in "debt trap diplomacy".

But it's not the only nation facing such a crisis.

Pakistan is struggling to meet debt repayments. As are the Philippines and Laos.

And the only way out appears to be a Chinese bailout. Or foreclosure.

The World Bank believes that the world's 74 lowest-income nations must find $35 billion in loan payments this year. About US$13.1 billion is owed to China.

But a recent study claims the total "hidden" debt may be much higher than reported, with systemic under-reporting of Belt and Road project liabilities.

Being a willing and easy source of cash has been a matter of pride for Beijing.

But now, it must pay the price.

China has reluctantly handed Pakistan a temporary US$4.5 billion lifeline. It accepted a delay in debt repayments earlier this year.

Beijing has been less benevolent towards Sri Lanka. Analysts say it doesn't want to give other struggling debtors ideas.

But more debt defaults would "further dent views of China as a partner in the developing world, but specifically in Southeast Asia," says Center for Strategic and International Studies (CSIS) Asia analyst Charles Dunt.

Beijing, however, insists it is playing a long game.

"It is not saying that all projects will go smoothly without any setbacks, but the West will not pass any chance to tell the 'debt trap; story again and again," writes Global Times editor Hui Qing.

"This is exactly one of the major reasons why the US and other Western developed nations are unable to outcompete China in delivering such projects. Their capital seeks the shortest return cycles, and more importantly, the real goal behind their vilification of BRI is to contain the growth of China." 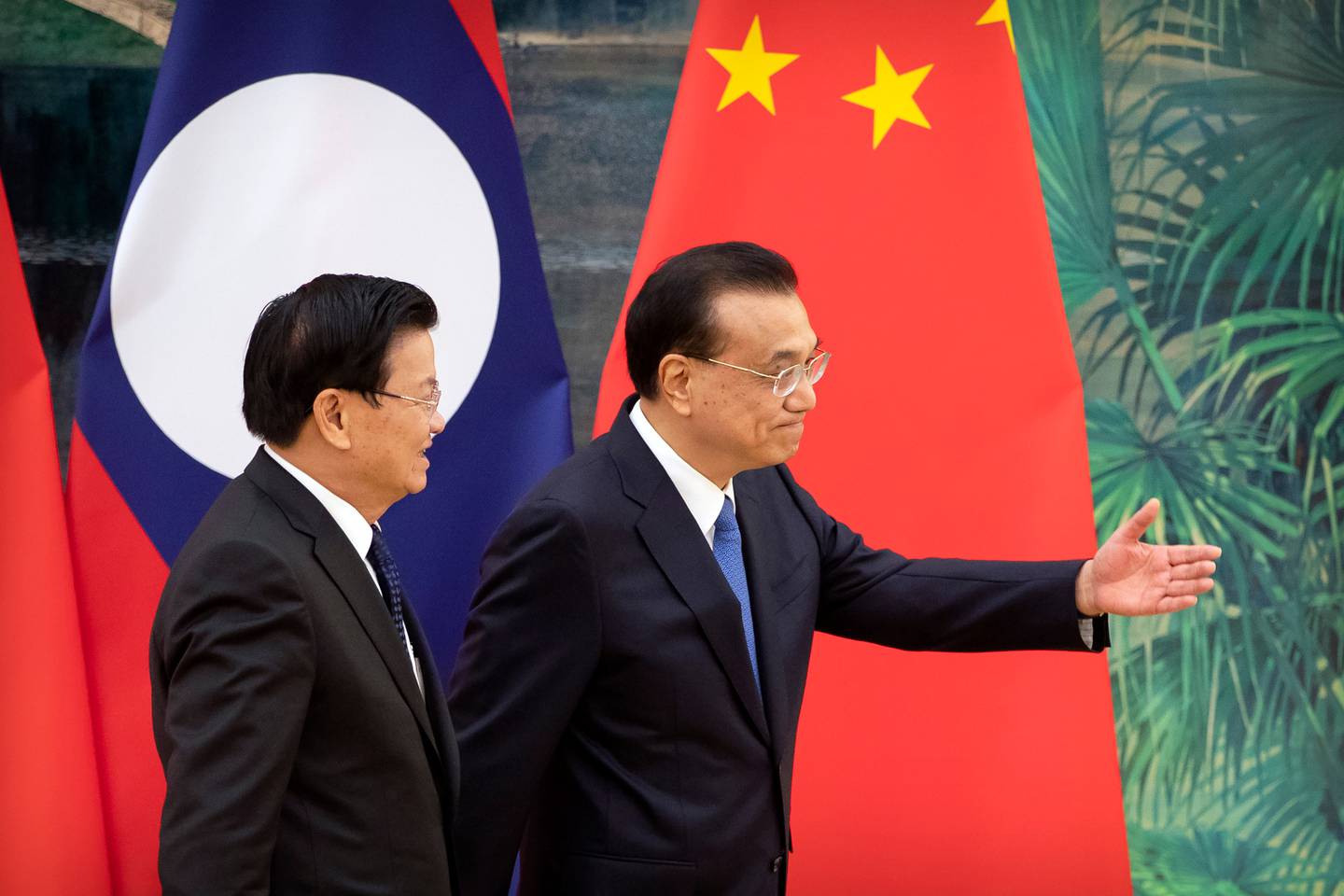 Inflation is running at 23 per cent. Its currency – the kip – has shed a third of its value in just 12 months. And there's insufficient cash to pay for critical imports, such as fuel.

What cash it has is going towards annual US$1.4 billion repayments on a US$14 billion debt. That represents almost 90 per cent of its national gross domestic product.

Half is owed to the People's Republic of China (PRC). And most of that has been sunk into a commercially questionable China-Laos mega railway project.

But there's also speculation that a series of undisclosed loans bloats Laos' total debt exposure to China out to US$12.2 billion.

But, luckily for Laos, the crisis comes at a convenient time. Beijing is especially sensitive to criticism. It failed to make the substantial headway it hoped at the Pacific Islands Forum. Among the potential reasons are accusations of improper influence, military expansionism – and debt traps.

China has backed the building of a sports stadium in the Solomon Islands, bridges in Fiji and highways in Papua New Guinea.

Its reputation wasn't as pristine as it would have liked.

"It [now] seems unlikely that China would let Laos default, even though Beijing has throughout the pandemic been reluctant to offer relief for its developing world debtors," Dunst told the Asia Times.

"We Chinese have a saying: He who lost his axe suspects his neighbour for stealing it," spokesman Zhao Lijian said. "This describes the US mentality, which is filled with Cold War mentality and ideological bias."

Beijing may be gaining control of international assets.

But it's not necessarily benefiting from them. Yet.

By taking control of a non-performing asset, it must also contend with ongoing losses.

Some analysts argue this is a small price to pay for crucial strategic assets such as Sri Lanka's deepwater port. Others worry about Beijing's ability to contain the economic fallout.

But the Chinese Communist Party says it's willing to accept losses, in the short term.

"China's bilateral loans to developing countries are usually 'preferential,' meaning that the interest rates of the loans are quite low compared with that of commercial lending," National Institute of International Strategy researcher Liu Xiaoxue told the Global Times.

"Amid global economic slowdown, a number of emerging economies have encountered debt problems, and as a result, some have to review and slow infrastructure projects investment – which generate revenues in the longer term. It is reasonable. Once the situation improves, those projects will be resumed. So the concerned parties shall keep an open mind on such issues."