Cassidy Hutchinson, a key aide in Donald Trump's White House, told the House committee investigating the violent Jan. 6, 2021, insurrection that Trump was informed people rallying on the mall that morning had weapons but he told officials to "let my people in" and march to the Capitol.

Hutchinson quoted Trump as directing his staff, in profane terms, to take away the magnetometers that he thought would slow down supporters who'd gathered in Washington.

In videotaped testimony played before the committee, she recalled the former president saying words to the effect of, "I don't f-in' care that they have weapons".

"They're not here to hurt me. Take the f-in'mags away. Let my people in. They can march to the Capitol from here," Hutchinson testified.

Hutchison, a top aide to Trump chief of staff Mark Meadows, said that she was "scared, and nervous for what could happen" ahead of the riot after conversations with Trump lawyer Rudy Giuliani, Meadows and others. 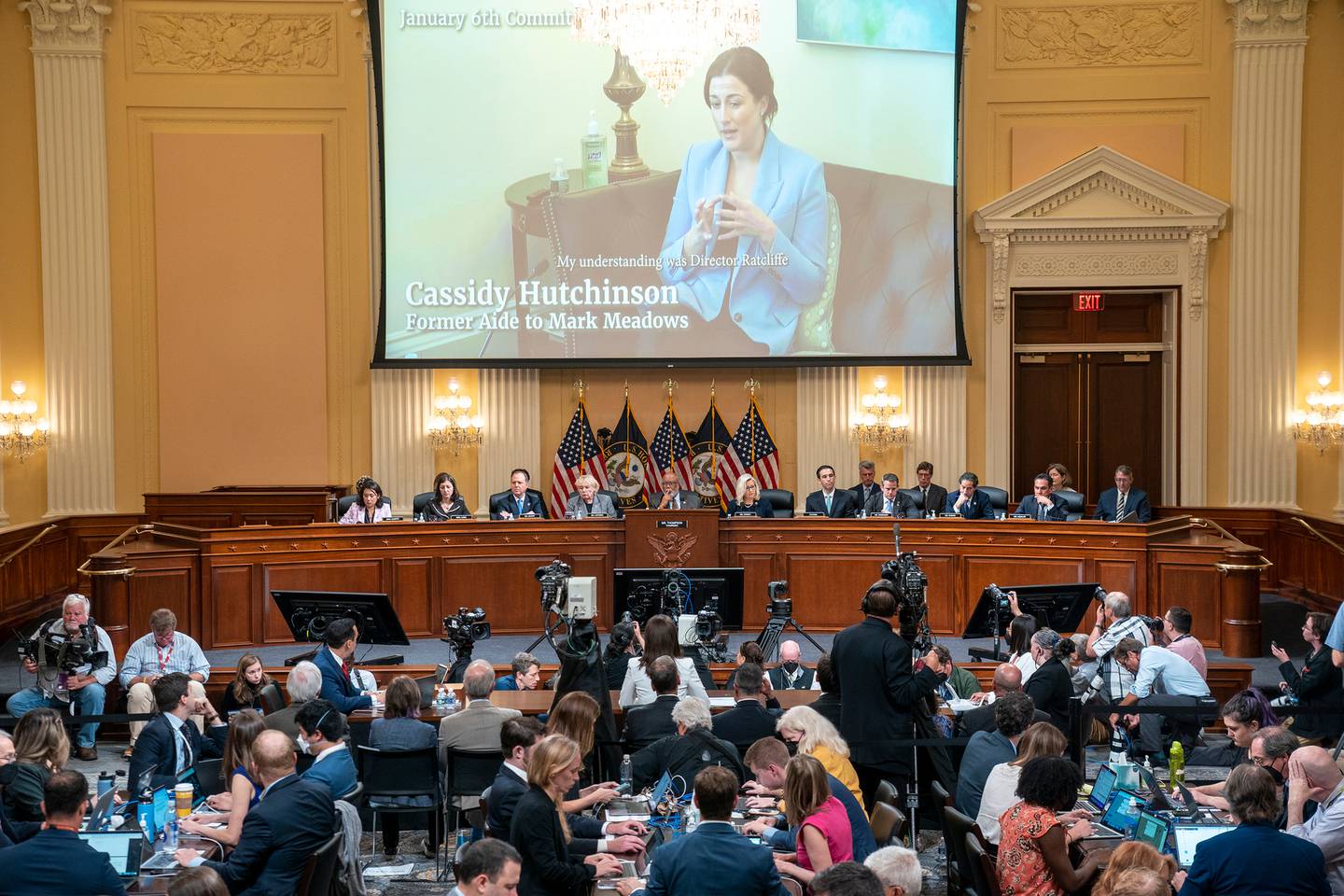 A video of Cassidy Hutchinson is seen as she testifies as the House select committee investigating the January 6 attack. Photo / Sean Thew, Pool via AP

Meadows told Hutchinson that "things might get real real bad", she said. Giuliani told her it was going to be "a great day" and "we're going to the Capitol". She described Meadows as unconcerned as security officials told him that people at Trump's rally had weapons - including people wearing armor and carrying automatic weapons.

Hutchinson told the panel that she was apprehensive ahead of time because she had heard plans for a rally and possible movements to the Capitol, where hundreds of Trump's supporters later violently pushed past police and broke through windows and doors, interrupting the certification of President Joe Biden's victory.

"I had a deeper concern for what was happening with the planning aspects of it," Hutchinson told the panel.

The 25-year-old, who was a special assistant and aide to former Trump chief of staff Mark Meadows, has already provided a trove of information to congressional investigators and has sat for four interviews behind closed doors. But the committee called the hearing this week to hear her public testimony.

Mississippi Rep. Bennie Thompson, the committee's chairman, said that in recent days, the panel had received information about what Trump and his aides were saying during the critical hours of January 6 and that it was critical for the American people to hear that information immediately. A photo of former President Donald Trump backstage before he spoke at the January 6 rally, is displayed as Cassidy Hutchinson testifies. Photo / Jacquelyn Martin, AP

The committee's vice chairwoman, Wyoming Representative Liz Cheney, said the hearing would shed light on Trump's conduct at the time, the "actions and statements" of senior advisers, and also what they knew about the prospect of violence in the days before the violent attack.

She told the panel in earlier interviews that Meadows was warned about possible unrest.
Her appearance was cloaked in extraordinary secrecy. The committee announced the surprise hearing with only 24 hours' notice, and Hutchison's appearance was only confirmed to The Associated Press by a person familiar with the matter.

While it is unclear what new evidence she might provide Tuesday, Hutchinson's testimony is likely to tell the first-hand story of Trump's pressure campaign, and how the former president responded after the violence began, more vividly than any other witness the committee has called in thus far.

In brief excerpts of testimony revealed in court filings, Hutchinson told the committee she was in the room for White House meetings where challenges to the election were debated and discussed, including with several Republican lawmakers. In one instance, Hutchinson described seeing Meadows incinerate documents after a meeting in his office with Rep. Scott Perry, R-Pa., Politico reported in May.

She also revealed that the White House counsel's office cautioned against plans to enlist fake electors in swing states, including in meetings involving Meadows and Trump lawyer Rudy Giuliani. Attorneys for the president advised that the plan was not "legally sound," Cassidy said.

During her three separate depositions, Hutchinson also testified about her boss' surprise trip to Georgia weeks after the election to oversee the audit of absentee ballot envelope signatures and ask questions about the process. 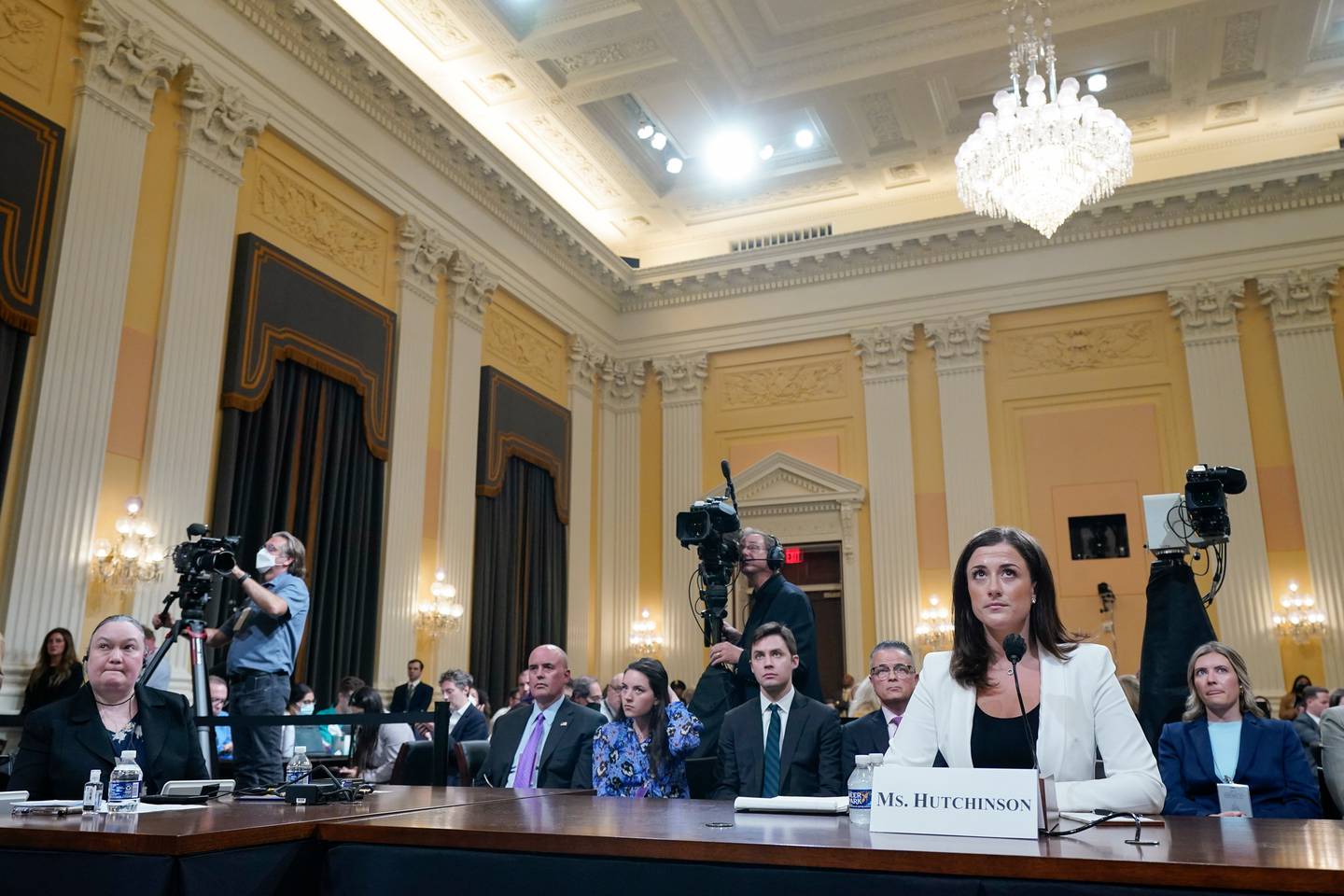 She also detailed how Jeffrey Clark — a top Justice Department official who championed Trump's false claims of election fraud and whom the president contemplated naming as attorney general — was a "frequent presence" at the White House.

The plot to remove the then-acting attorney general, Jeffrey Rosen, unraveled during January 3, 2021, meeting in the Oval Office when other senior Justice Department officials warned Trump that they would resign if he followed through with his plan to replace Rosen with Clark.

The House panel has not explained why it abruptly scheduled the 1 p.m. hearing as lawmakers are away from Washington on a two-week recess. The committee had said last week that there would be no more hearings until July.

The precise subject of Tuesday's hearing remained unclear, but the panel's announcement Monday said it would be "to present recently obtained evidence and receive witness testimony." A spokesman for the panel declined to elaborate and Hutchinson's lawyer did not immediately respond to emails seeking comment. 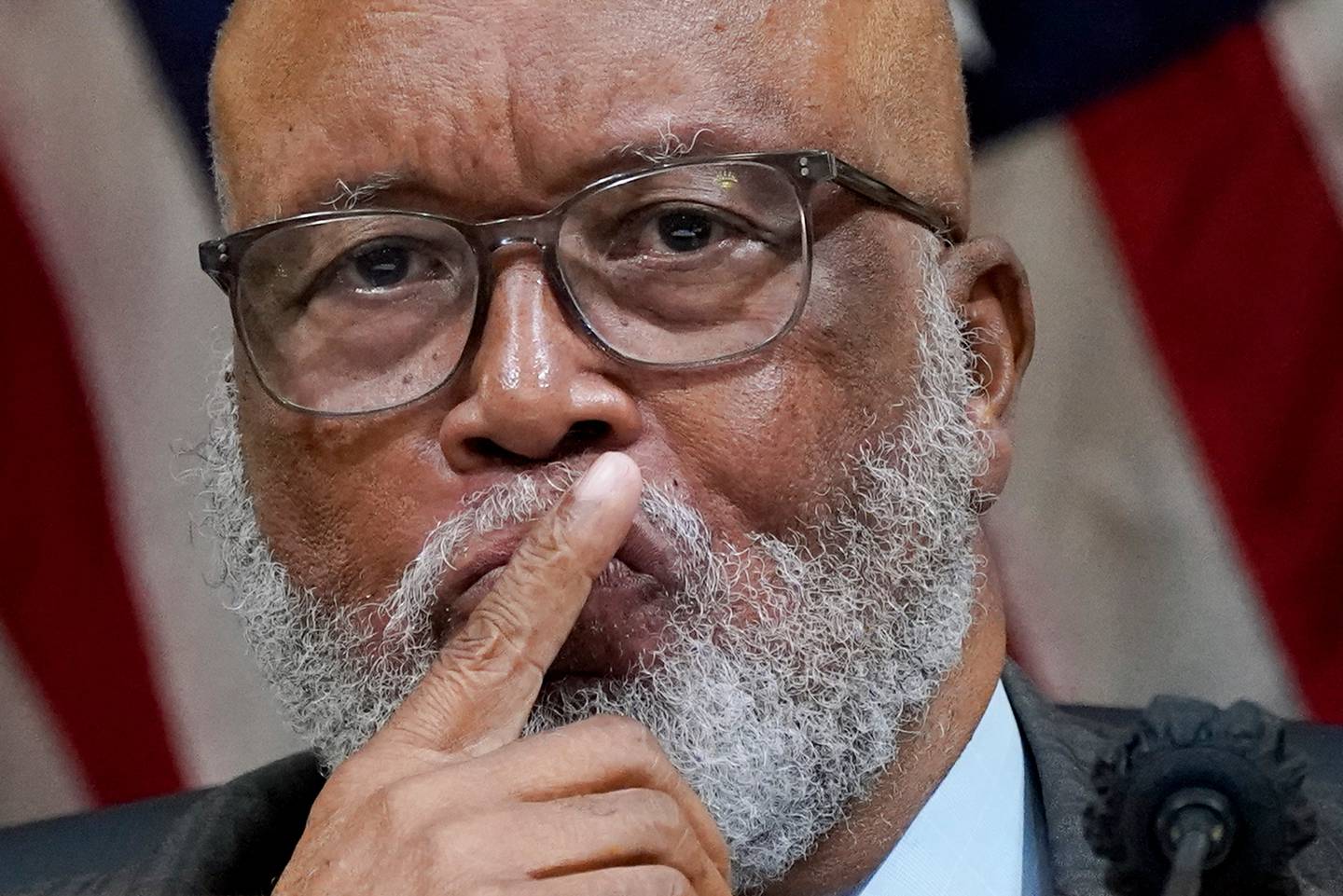 The person familiar with the committee's plans to call Hutchinson could not discuss the matter publicly and spoke to the AP on condition of anonymity.

The nine-member committee's investigation continued during the hearings, which started three weeks ago into the attack by Trump supporters. Among the evidence, the committee recently obtained footage of Trump and his inner circle taken both before and after January 6 from British filmmaker Alex Holder.

Holder said last week that he had complied with a congressional subpoena to turn over all the footage he shot in the final weeks of Trump's 2020 reelection campaign, including exclusive interviews with Trump, his children, and then-Vice President Mike Pence.

Rep. Bennie Thompson of Mississippi, the panel's Democratic chairman, told reporters last week that the committee was in possession of the footage and needed more time to go through the hours of video.

The panel has held five hearings so far, mostly laying out Trump's pressure campaign on various institutions of power in the weeks leading up to the Jan. 6 joint session of Congress, when hundreds of the Republican's supporters violently pushed past police, broke into the building and interrupted the certification of Democrat Joe Biden's presidential election victory.

The committee has used the hearings to detail the pressure from Trump and his allies on Pence, on the states that were certifying Biden's win, and on the Justice Department. The panel has used live interviews, video testimony of its private witness interviews and footage of the attack to detail what it has learned.

Lawmakers said last week that the two July hearings would focus on domestic extremists who breached the Capitol that day and on what Trump was doing as the violence unfolded.