Two victims have died and two more have been seriously injured in a shooting spree in Canada's west apparently targeting homeless people.

The gunman was also shot dead by police, bringing the total number of fatalities to three.

Pictures from the scene have shown at least one police vehicle riddled with bullets following a shootout.

At 6.15am local time emergency alerts were sent out to residents in the city of Langley, British Columbia, located 47km southeast of Vancouver, warning of "multiple shooting scenes". 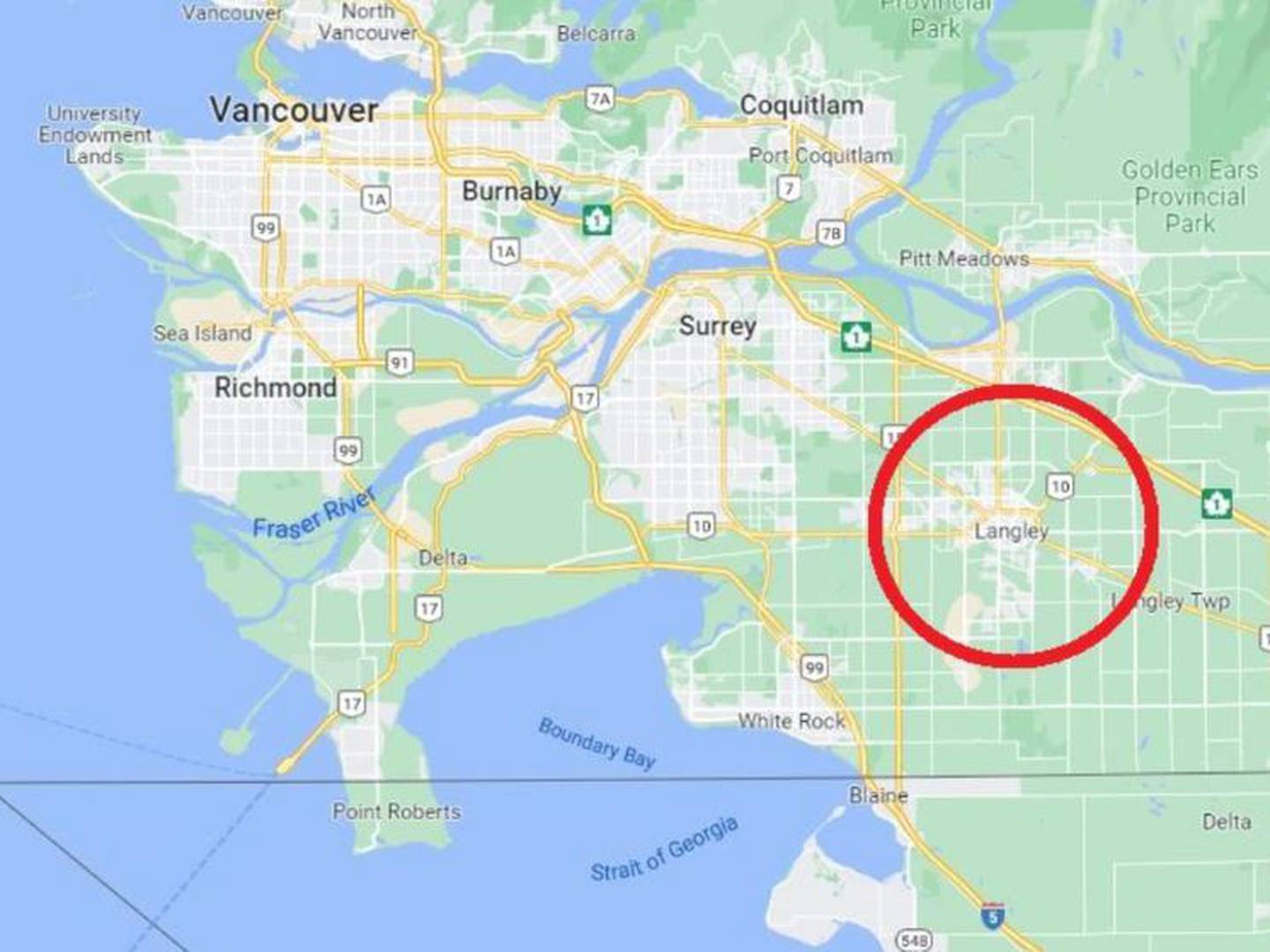 One man was found dead at a bus stop and another close to a public housing complex. Police also took a woman to the hospital who was discovered near a highway in the city.

Another man was found injured outside the city's Willowbrook Mall shopping centre. Police shot the shooter at a location close by.

A police car at the centre was seen with at least nine gunshot holes. Another white vehicle was also seen strewn with bullet holes.

A police vehicle is pictured with multiple gun shots through the window near 200th street and Langley Bypass after RCMP issued an active shooter alert in Langley, B.C on Monday, July 25, 2022. (Ben Nelms/ @cbcnewsbc) #LangleyShooting pic.twitter.com/lcREMVQOjf

"At this time we don't know the motive behind this deadly incident, nor if there was any relationship between the deceased suspect and the victims," said Chief Supt. Ghalib Bhayani of the Royal Canadian Mounted Police (RCMP). A police officer stands near a RCMP vehicle with bullet holes in the windshield and driver's side window at the scene of a shooting. Photo / Darryl Dyck via AP

"During their interaction with the suspect police fired their weapon, hitting the man," RCMP said. "He was pronounced dead at the scene."

No motive has yet been given for the attack.

The alert sent out to residents described the suspect as white with dark hair wearing brown Carhartt branded overalls and a blue and green camouflage T-shirt with a red logo on the sleeve.

Police advised people to say away from Langley's CBD. 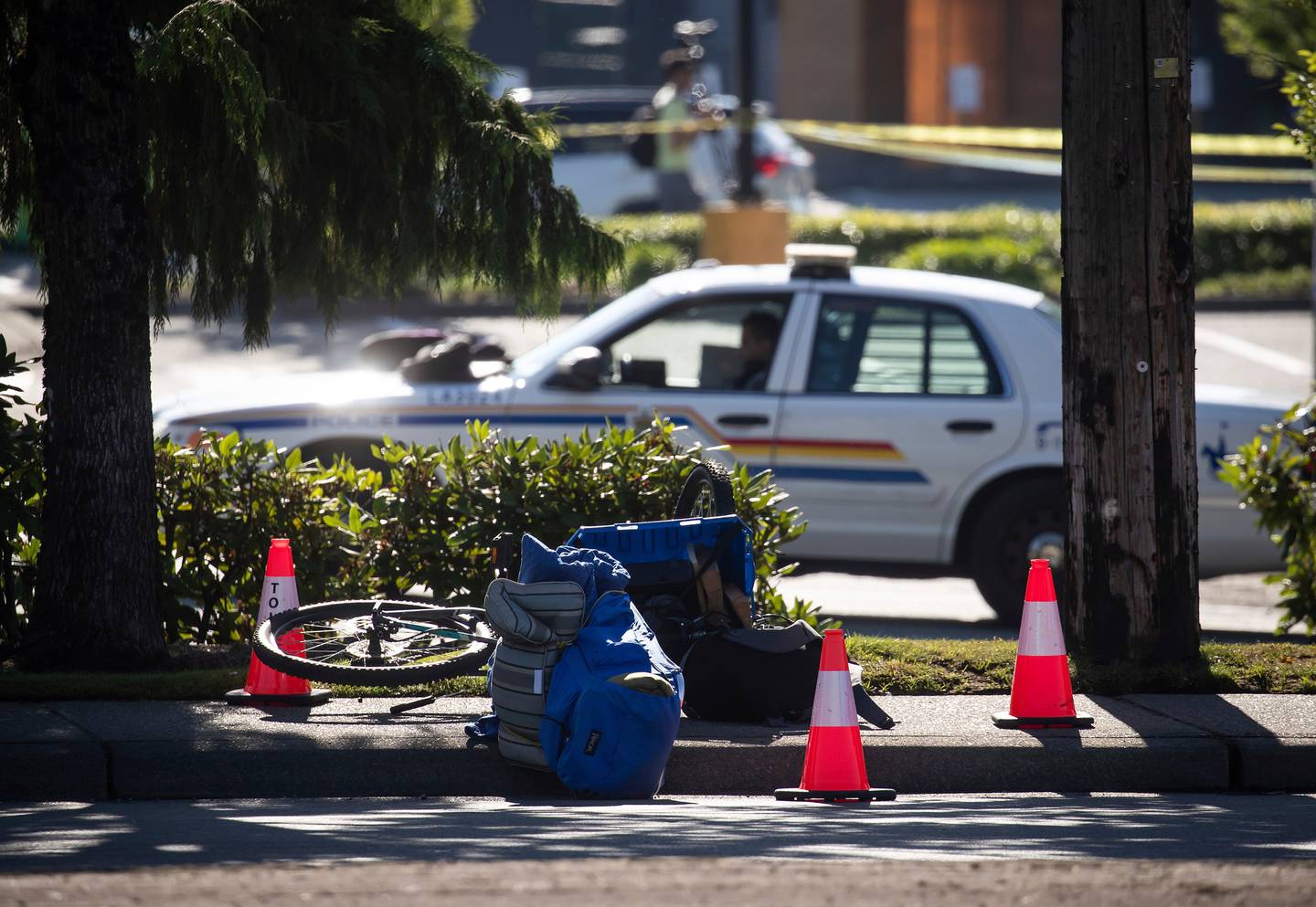 A bike and person's belongings are seen on the sidewalk behind police tape at the scene of a shooting in Langley, British Columbia. Photo / Darryl Dyck, via AP

Canada has stricter firearms laws and far fewer shootings in the United States.

Despite this, Canada has been rocked by recent shooting incidents. On Sunday, two men were shot dead outside a hotel in the British Columbia ski resort of Whistler, north of Vancouver. 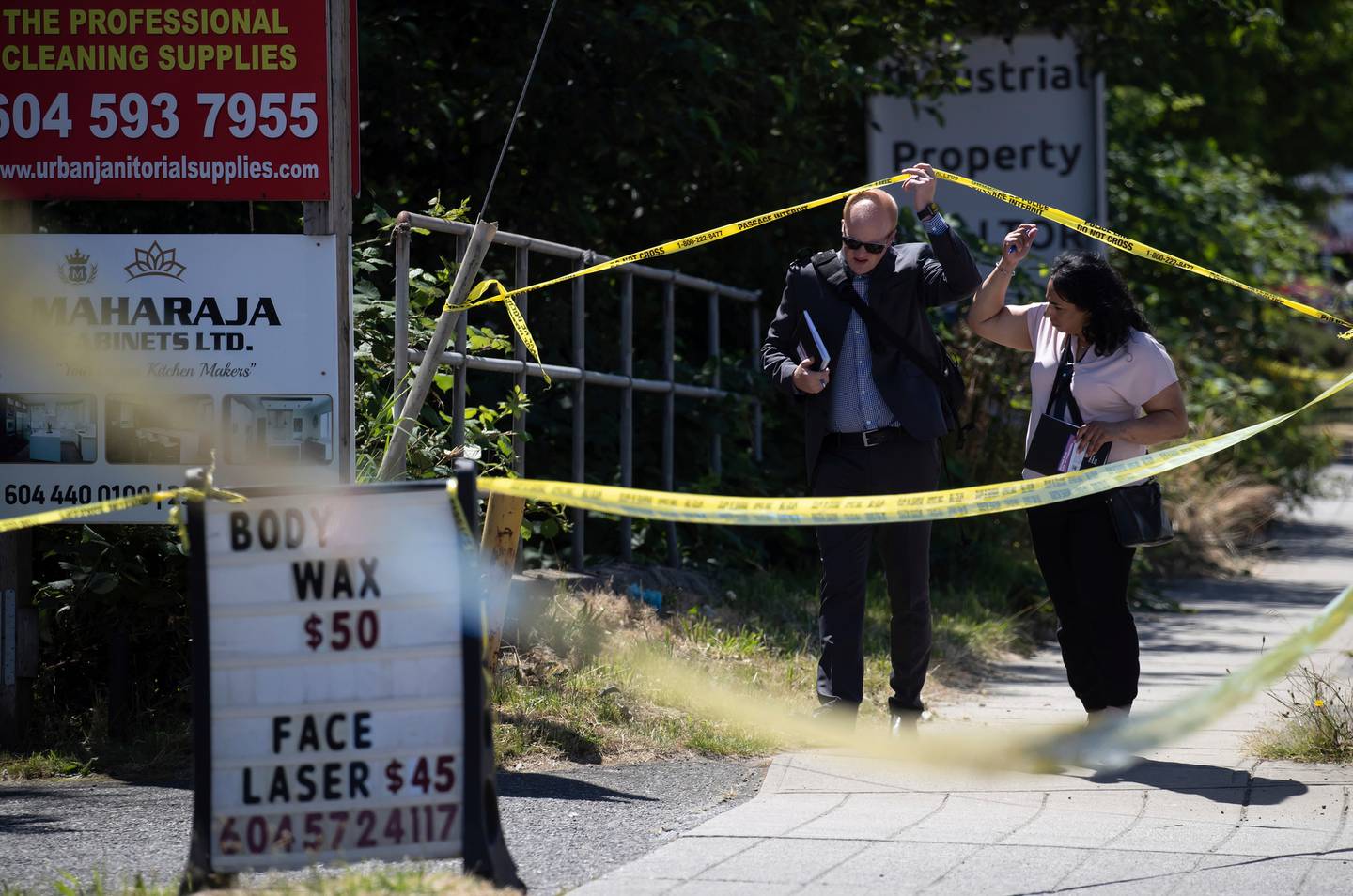 Investigators arrive at the scene of a fatal shooting on July 14, 2022. Photo / Darryl Dyck via AP

The attack happened in broad daylight and was said by investigators to be linked to gang violence in the province.