Donald Trump is reportedly "fretting" about the possibility that he'll be challenged for the Republican Party's presidential nomination in 2024, and is particularly worried about one potential rival.

Since losing to US President Joe Biden in 2020 – a result he still doesn't accept – Trump has repeatedly hinted that he intends to run for the White House again. If the rumours currently circulating among the American political class are true, he could make his intentions explicit with a formal announcement in the next few weeks.

But unlike last time, when there was no substantive opposition to Trump within his own party, the former president is expected to face a fight for the 2024 Republican nomination.

And among the ambitious politicians positioning themselves for a run is the one person who might actually have a chance of beating him: Ron DeSantis.

In public, Trump is projecting total confidence that he will defeat DeSantis, should the Governor of Florida dare to challenge him.

"I don't know if Ron is running, and I don't ask him," he told The New Yorker, which spoke to him as part of an extensive profile on DeSantis, published on Monday.

"It's his prerogative. I think I would win."

In private though, Trump and his advisers are less certain.

The same New Yorker article, while examining whether DeSantis could "displace" Trump as the leader of his party, included the revelation from a Republican consultant that the former president had been speaking to his confidants about "ways to stop" DeSantis.

"Trump World is working overtime to find ways to burn DeSantis down. They really hate him," the consultant said.

And late last month, The Washington Post reported Trump had been "privately fretting about who might challenge him", with DeSantis emerging as the "biggest concern".

There are signs those fears, and recent declarations that DeSantis is Trump's "worst nightmare", are well founded. Most strikingly, key Republican donors who supported Trump have been showering DeSantis with money. 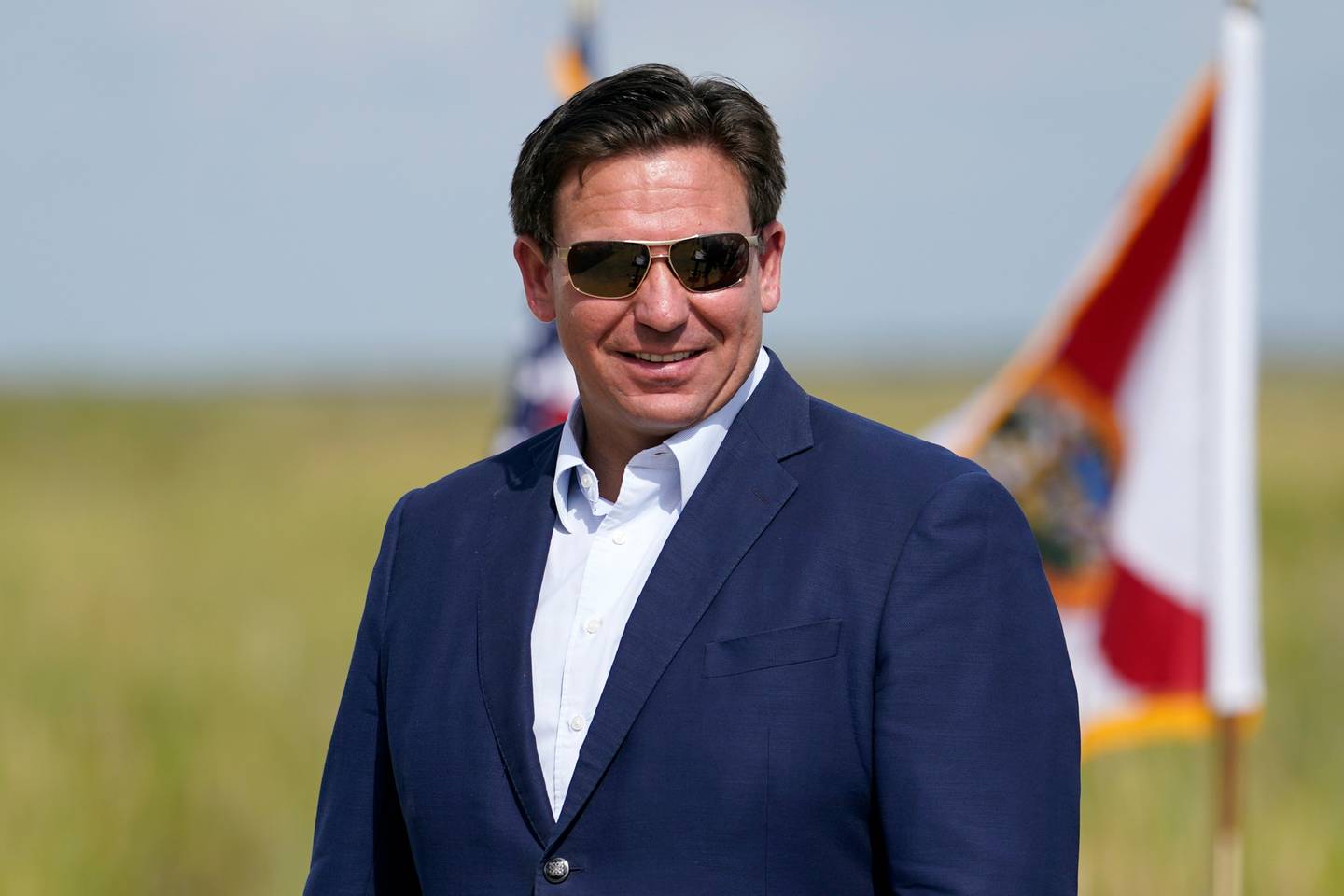 His campaign to be re-elected as Governor has raised more than US$100 million ($157 million) so far, a monumental, and indeed record-breaking sum. It takes a lot of cash to successfully run for president, and it seems the wealthiest Republicans are willing to give him plenty of it.

"It is possible Trump's percentage of the Republicans keeps going down and I think it's possible people will start looking elsewhere."

'A mountain to climb'

Of course, the difference between something being "possible" and it being likely is vast. Many Republicans remain convinced that Trump would be near unbeatable.

"It would be a mountain to climb to beat him," said Senator Lindsey Graham, whose own stance on Trump has vacillated between vociferous opposition and devout loyalty multiple times since 2016.

"All the polling shows he would be the frontrunner by a country mile."

Indeed it does. In the two most recent Republican primary polls, Trump beat DeSantis 51-23 and 51-18. The former president would have an immense advantage, at least initially.

"Just because people speak out and take him on doesn't mean they can beat him," Tony Fabrizio, an experienced Republican pollster, told The Post.

"I haven't seen any data that showed any of these people are beating him anywhere. The person that comes closest is DeSantis, and all the rest of these people chattering on the sidelines can't even break into double digits."

Those folks chattering on the sidelines include Trump's vice president of four years, Mike Pence, who fell out of favour when he refused to help overturn the 2020 election result. Other possible contenders are Texas Senator Ted Cruz, former United Nations ambassador Nikki Haley and New Jersey governor Chris Christie.

It was a poll from Fabrizio's firm in July last year that first illustrated the scale of the challenge they, or any other candidate not named Trump or DeSantis, would face in 2024.

When Trump was an option, 47 per cent of respondents chose him, with DeSantis on 19 per cent and everyone else stuck in single digits.

In a field without Trump, DeSantis led with 39 per cent, ahead of Pence on 15 per cent and Cruz on 7 per cent.