Awoken by gunshots in the middle of the night, Fatima Amadou was shocked by what she saw among the attackers - children.

Guns slung over their small frames, the children chanted "Allahu akbar" as they surrounded her home in Solhan town in Burkina Faso's Sahel region. Some were so young they couldn't even pronounce the words, Arabic for "God is great," said the 43-year-old mother.

"When I saw the kids, what came to my mind was that (the adults) trained these kids to be assassins, and they came to kill my children," Amadou told The Associated Press by phone from Sebba town, where she now lives.

She and her family are among the lucky ones who survived the June attack, in which about 160 people were killed — the deadliest such assault since the once-peaceful West African nation was over-run by fighters linked to al-Qaeda and the Islamic State about five years ago. As that violence increases, so too does the recruitment of child soldiers.

The number of children recruited by armed groups in Burkina Faso rose at least five-fold so far this year, up from four documented cases in all of last year, according to information seen by the AP in an unpublished report by international aid and conflict experts.

At least 14 boys are being held in the capital, Ouagadougou, for alleged association with militant armed groups, some there since 2018, said Idrissa Sako, assistant to Burkina Faso's public prosecutor at the high court in the city. 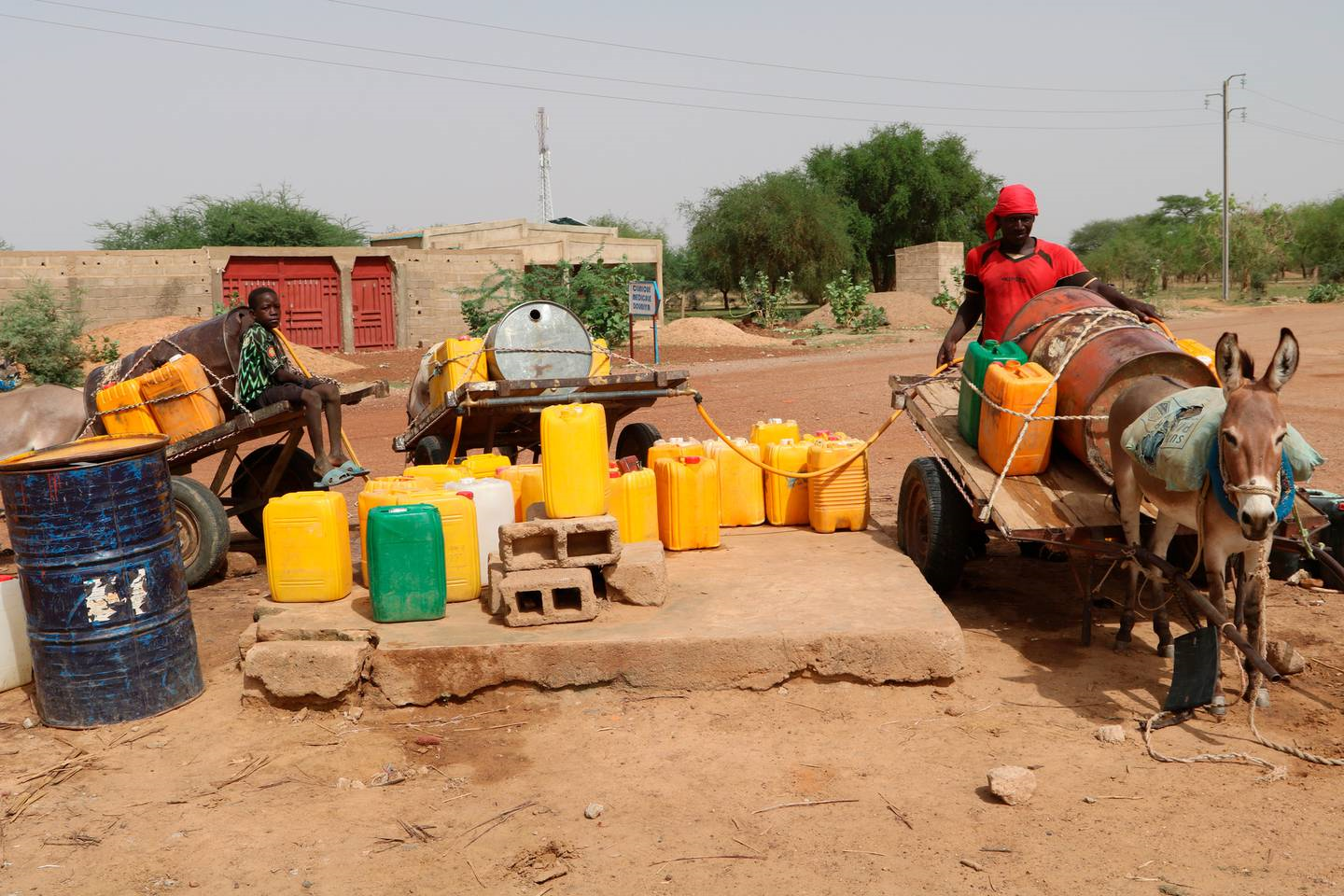 Amadou said she saw about seven children with the fighters who surrounded her home during the Solhan attack. She did not see them kill anyone, but they helped burn down houses.

"We are alarmed by the presence of children with armed groups," said Sandra Lattouf, the representative for the United Nations Children's Fund, or UNICEF, in the country.

The effects of the conflict on children — including their recruitment as soldiers but also attacks on schools and kids themselves — have become so concerning that this year Burkina Faso was added for the first time to the UN's annual report on Children and Armed Conflict.

Aid groups say they are seeing more children with jihadi fighters at roadside checkpoints in the Sahel — an arid region that passes through Burkina Faso but stretches straight across the African continent just south of the Sahara. In recent years, the western Sahel has become an epicentre of jihadi violence.

During a recent trip to Dori, a town in the region where nearly 1200 people fled after the attack on Solhan, the AP spoke with eight survivors, five of whom said they either heard or saw children partake in the violence.

"We heard them say, 'we good children have come to change Solhan in a better way,'" said Hama Amadou, a resident, who hid in his shop during the fighting. He said he also heard women directing the children, saying "kill him, kill him".

Burkina Faso's ill-equipped and undertrained army is struggling to stem the violence, which has killed thousands and displaced 1.3 million people since the jihadi attacks began.

Experts on child recruitment say that poverty pushes some kids towards armed groups. Sako, who works with the public prosecutor, said some children who wanted money to enrol in school joined because they were promised approximately $18 if they killed someone. Others were promised gifts like motorbikes.

But civil society organisations also accuse army troops of contributing to the problem by committing abuses against civilians suspected of being jihadis.

"There are more security operations ... (so) there are more military abuses," said Maimouna Ba, head of operations for Women for the Dignity of the Sahel, a Dori-based advocacy group. "It is hard for a child to get up in the morning and see that their father was killed." As they get older, children may become angry and start asking why the state isn't helping them, she said.

The army denied these allegations, along with accusations that it was slow in responding to the attack in Solhan, but would not provide a detailed comment.

The deteriorating security is sparking unrest, with protests across the country demanding the government take stronger action. In response, President Roch Marc Christian Kabore fired his security and defence ministers, appointing himself minister of defence.

Amid this raft of problems, Burkina Faso must now also figure out what to do with the children accused of being affiliated with armed groups.

None of the boys being held in Ouagadougou has been put on trial, according to Sako. The government has not yet signed an agreement with the United Nations that would help it to treat such children as victims, not perpetrators, for instance, by moving them from prison to centres where they could receive psychological care.

"It is a real concern for us to find a permanent solution for children," said Sako.

Preventing further recruitment, meanwhile, means tackling economic hardship and all that comes with it, including helping kids who have left school to catch up on their lessons.

"Neglecting to act now will only lead to a more intractable crisis and greater instability in the months and years ahead, giving these armed groups the heartbreaking advantage they are so violently seeking," said Dr. Samantha Nutt, founder and president of War Child Canada and War Child USA.

For now, many parents, already struggling to feed, clothe and educate their kids, feel powerless to protect them.

"I'm really afraid for my child to be recruited by jihadis," said Isma Heella, a Dori resident and father to a 4-year-old boy. "We fear for our children and for ourselves as parents because we are not stronger than them."