He won a landslide, historic, election victory just over two years ago, but Boris Johnson might no longer be British Prime Minister in as little as three weeks, as a leadership challenge mounts after a series of humiliating defeats in UK elections last week.

The loss of the prestigious, blue ribbon London councils of Westminster, Wandsworth and Barnet at Thursday's local council elections came after Johnson was fined by police for breaking a coronavirus law he helped to create.

A prominent Conservative columnist had branded Johnson a "slob" with no "presiding intellect", who should be dumped in favour of his finance minister before it's too late.

The Times' Matthew Parris has joined a chorus of other Tories whose nerves have been shredded after continued gaffes from Downing Street, a resurgence in both the opposition Labour Party and potential kingmakers the Liberal Democrats, and the drubbing in last week's elections.

On Thursday, voters in Scotland, Wales and Northern Ireland, as well as London and a smattering of other English regions, went to the polls to vote for their local councillors.

The local elections are often an opportunity to give a whack to the party in power – and Brits certainly did that.

The main UK opposition Labour Party of Sir Keir Starmer won in Tory "crown jewels" in the capital, including former PM's Margaret Thatcher's "favourite" council Wandsworth, and the City of Westminster for the first time since it was created in 1964.

In Scotland, the Conservatives slipped to third place behind the Scottish Nationalists and Labour. In Wales, the Tories lost control of their only council.

And in Northern Ireland, Sinn Fein – the former political wing of the terrorist IRA group – emerged as the largest single party. The region continues to reel from the effects of Brexit which Johnson championed.

The UK now faces the very real prospect of an independence referendum in Scotland and a Northern Irish vote on unification with the Republic of Ireland.

Brexit landslide, now it's a problem

Johnson had been riding high in his role as an international statesman, talking tough to Russia and dropping into Kyiv for chats with Ukraine's President Volodymyr Zelensky.

But the elections have been a wake-up call. An ashen-faced PM said the results were mixed.

Indeed, the Tories held on in areas where locals were keen on Brexit.

Johnson's huge election victory in December 2019, where the Conservatives received a majority of 80 seats, was because the party widened its appeal by picking up new MPs in mostly English electorates with strong pro-Brexit sentiments.

But in the poll on Thursday, the Tories began to crumble in their previous heartland areas of southern England and London, as well as Scotland and Wales, where Brexit has gone down like a lead balloon.

One former Conservative minister told The Independent, the party could not win by appealing solely to Brexiteers.

"These are the Boris heartlands, but they are not the Tory heartlands.

"It's no good saving the soup if you lose the meal."

But it's not just Europe.

The so-called "Partygate" scandal has rocked the Government and Boris Johnson in particular.

During much of the pandemic, gatherings of more than two people were severely restricted in Britain to stop the spread of Covid-19.

Yet it's thought as many as 18 gatherings – many involving booze – took place at Downing Street among staff and politicians, several with the PM present. One was his own birthday party at which 30 people celebrated and at which cake was served. 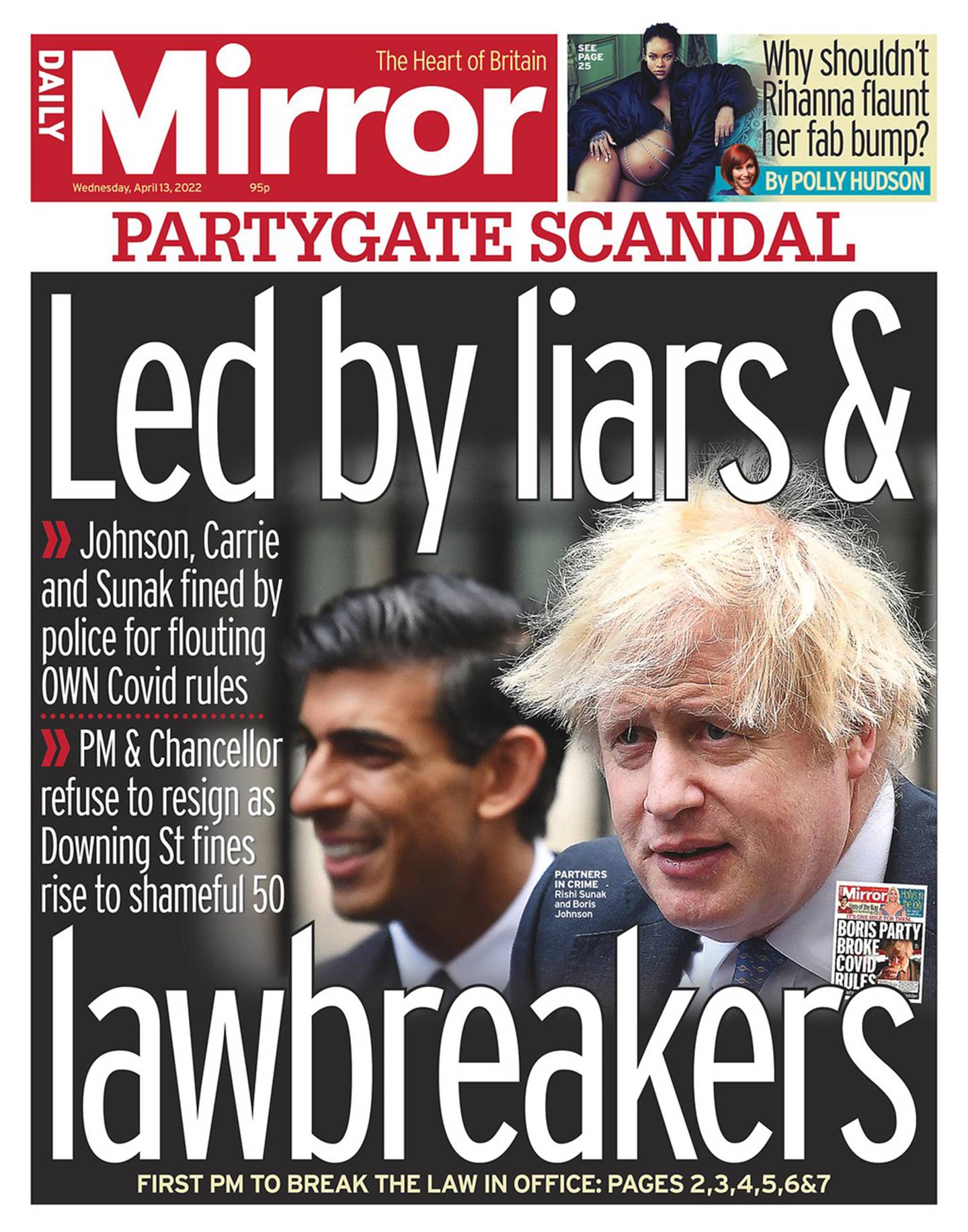 Several Tories politicians said Partygate was mentioned by disgruntled voters on the doorstep.

Conservative MP Sir Roger Gale said a challenge to Johnson's leadership could occur in the next three weeks.

"There's a tide that's flowing that's unstoppable. Something has got to happen."

Gale said there was "danger ahead" with further Partygate revelations likely, difficult by-elections looming and Brits angry at soaring energy and food bills.

Another MP said it was a case of "when, not if" Johnson was challenged.

In total, 54 Conservative MPs need to raise their hands for a leadership ballot to take place.

'Slob' with no 'intellect'

Matthew Parris, who was a Conservative MP for seven years and is now a prominent political commentator, said Johnson should go.

"Hard times ahead will pull down any administration whose leadership is not inhabited by some sense of intelligent mission," he wrote in scathing opinion piece in The Times (along with news.com.au, published by News Corporation) on Saturday.

"A leader must engage the led in honest, grown-up conversation, must be able to explain what government can and (just as important) cannot do.

"We need the reassurance of a presiding intellect.

He doubted "most of this crop of Tory MPs have the guts to do anything about it", but warned if they procrastinated it would be "too late", and Labour might takes the keys to Number 10.

Man who could replace Boris as PM

Parris suggested Chancellor of the Exchequer Rishi Sunak should challenge.

Sunak has not been untouched by the whiff of scandal himself. He was also fined for attending a gathering at Downing Street and there has been scrutiny of his family's tax affairs. 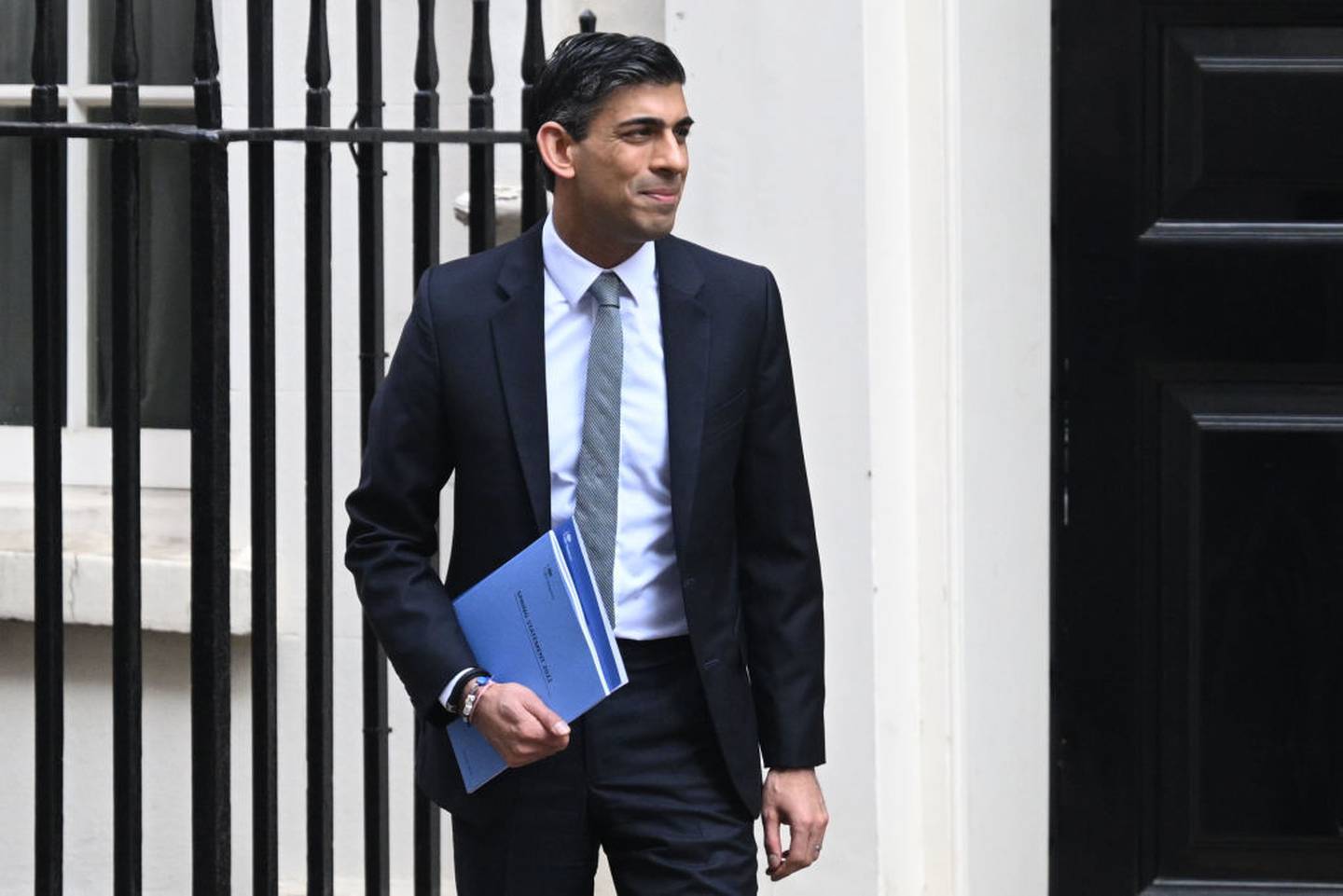 Chancellor of the Exchequer Rishi Sunak has been suggested as a challenger to Boris Johnson. Photo / Getty Images

But Parris said Sunak "can survive this".

"He should, because we need someone with intellectual grip and a dash of personal attractiveness; someone we could respect; someone whom we can imagine reading cabinet briefing papers with care and understanding; someone who'd actually be interested; someone with mental rigour and an air of dispatch; and someone, as any true Conservative would keep a tight hold on the purse strings".

He may still bounce back and prove the pundits wrong. And while Labour picked up some eye-catching councils, it underperformed in other regions. So it's no done deal.

But Boris Johnson can't afford many more gaffes, fines, and election upsets if he's to remain in Number 10.