He listed a number of the frontline staff who cared for him during his week-long stay at St Thomas' Hospital in London but singled out two nurses who stood by his bedside for 48 hours "when things could have gone either way".

The Prime Minister said Jenny from Invercargill "to be exact", and Luis from Portugal, were the reason that "in the end, my body did start to get enough oxygen". 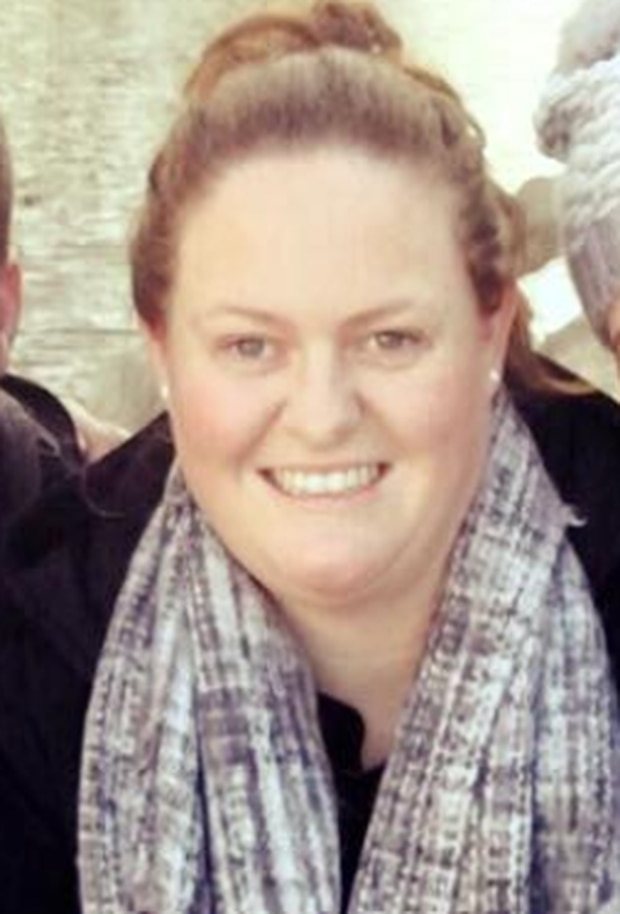 They have since been named as Jenny McGee and Luis Pitarma.

"So that is how I also know that across this country, 24 hours a day, for every second of every hour, there are hundreds of thousands of NHS staff who are acting with the same care and thought and precision as Jenny and Luis."

Dressed in a suit, and looking and sounding assured, Johnson said in a video posted on Twitter after his discharge from St Thomas' Hospital in London that it was "hard to find the words" to express his debt of gratitude to the NHS for saving his life "no question".

Johnson said that he hoped Jenny and Luis wouldn't mind that he mentioned in particular the two of them.

Johnson's office said in a statement that he would continue his recovery at Chequers, the prime minister's country house.

"On the advice of his medical team, the PM will not be immediately returning to work," the statement said.

"He wishes to thank everybody at St Thomas' for the brilliant care he has received."

Johnson had been in the hospital for a week and spent three nights in the intensive care unit.

Johnson, 55, was the first world leader confirmed to have the illness. His symptoms, including a cough and a fever, at first were described as mild, and he worked from home during the first few days of self-isolation.

But he was admitted to St Thomas' on April 5 after his condition worsened.

He was transferred the following day to the intensive care unit, where he received oxygen but was not put onto a ventilator. Johnson spent three nights in the ICU before moving back to a regular hospital ward.

Johnson's pregnant partner, Carrie Symonds, said in a series of tweets that she "cannot thank our magnificent NHS enough" and that she "will never, ever be able to repay you and I will never stop thanking you".

Symonds admitted there "were times last week that were very dark indeed. My heart goes out to all those in similar situations, worried sick about their loved ones".

On Sunday their time, the UK became the fourth European country to surpass 10,000 virus-related deaths.

While Johnson convalesces, Foreign Secretary Dominic Raab is handling the nation's response to the pandemic that has infected at least 1.79 million worldwide and killed 110,000 people.

Experts say those numbers seriously understate the impact of the pandemic, due to limited testing and different ways of counting the dead. 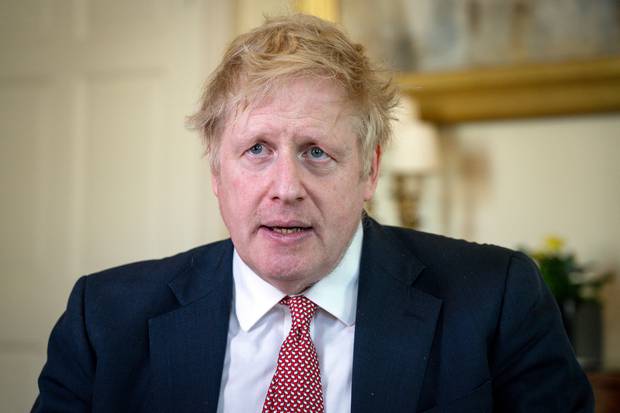 Britain's Prime Minister Boris Johnson speaks from 10 Downing Street praising NHS staff in a video message after he was discharged from hospital. Handout photo / Via AP

Britain has been in effective lockdown since March 23 and the government will extend the restrictions later this week.

But Johnson's Conservative government has come under fire for its slow response to confronting the pandemic — allowing tens of thousands to gather at the Cheltenham horse racing festival in mid-March, for example. It has also faced criticism for its slow rollout of a coronavirus testing programme.

In the past few days, the government also faced acute criticism over a lack of personal protective equipment for frontline hospital workers amid reports that some nurses had resorted to cutting up garbage bags to cover themselves. Health Secretary Matt Hancock revealed Saturday that 19 frontline medical workers have died of the virus.

The Royal College of Nursing has piled more pressure on the government, urging members to refuse to treat patients as a "last resort" if adequate protections are not provided.

Business Secretary Alok Sharma stopped short on Sunday of apologising for the shortage of medical masks and gowns but said it is "absolutely right that no medical professional should be placed in a position where they have to make that choice".

"That is why we are making sure we get the equipment to the frontline," he told Sky News.

Government figures on Sunday confirmed that the UK became the fourth European country after Italy, Spain and France to reach the grim milestone of 10,000 virus-related deaths.

The government said another 737 people who tested positive for coronavirus had died, taking the total number of virus deaths recorded in the UK to 10,612. The figure reported on Sunday represented a second straight daily decline in the number of reported deaths, although the lower figures may be a result of delays to do with the Easter weekend.

"I want you to know that this Easter Sunday I do believe that your efforts are worth it, and are daily proving their worth," Johnson said. "Because although we mourn every day those who are taken from us in such numbers, and though the struggle is by no means over, we are now making progress in this incredible national battle against coronavirus."

While the number of new cases and hospitalisations in Britain appears to have plateaued, deaths are still rising. With virus death tolls in Italy and Spain on a downward slope, there are growing fears that the UK will end up being the country with the most virus deaths in Europe. The continent has over 74,000 reported coronavirus deaths.

Jeremy Farrar, director of the Wellcome Trust and a scientific adviser to the British government, said the UK was likely to be "one of the worst, if not the worst-affected country in Europe".

He told the BBC that Britain has "lessons to learn" from Germany, where much more widespread early testing and aggressive contact tracing have been accompanied by many fewer coronavirus deaths.

Business Secretary Sharma refused to be drawn in on whether the UK will end up with the highest death toll in Europe.

"We are at different trajectories," he said told the BBC. "[But] we are starting to see these [social-distancing] measures work."