Brazil's federal police said they arrested a second suspect in connection with the disappearance of an Indigenous expert and a British journalist in a remote area of the Amazon.

Federal police also said in a statement that they seized ammunition and an oar, but did not say why the items were confiscated, who they belonged to or where they were found.

De Oliveira told The Associated Press on Friday that he had visited Pelado in jail and was told that local police had tortured Pelado on his own boat, which was also seized by authorities.

Federal police did not immediately respond to an AP request asking why Oseney da Costa de Oliveira was named in its statement, which is not a standard procedure of the force.

Indigenous people who were with expert Bruno Pereira and British journalist Dom Phillips have said that Pelado brandished a rifle at them a day before the two men disappeared. 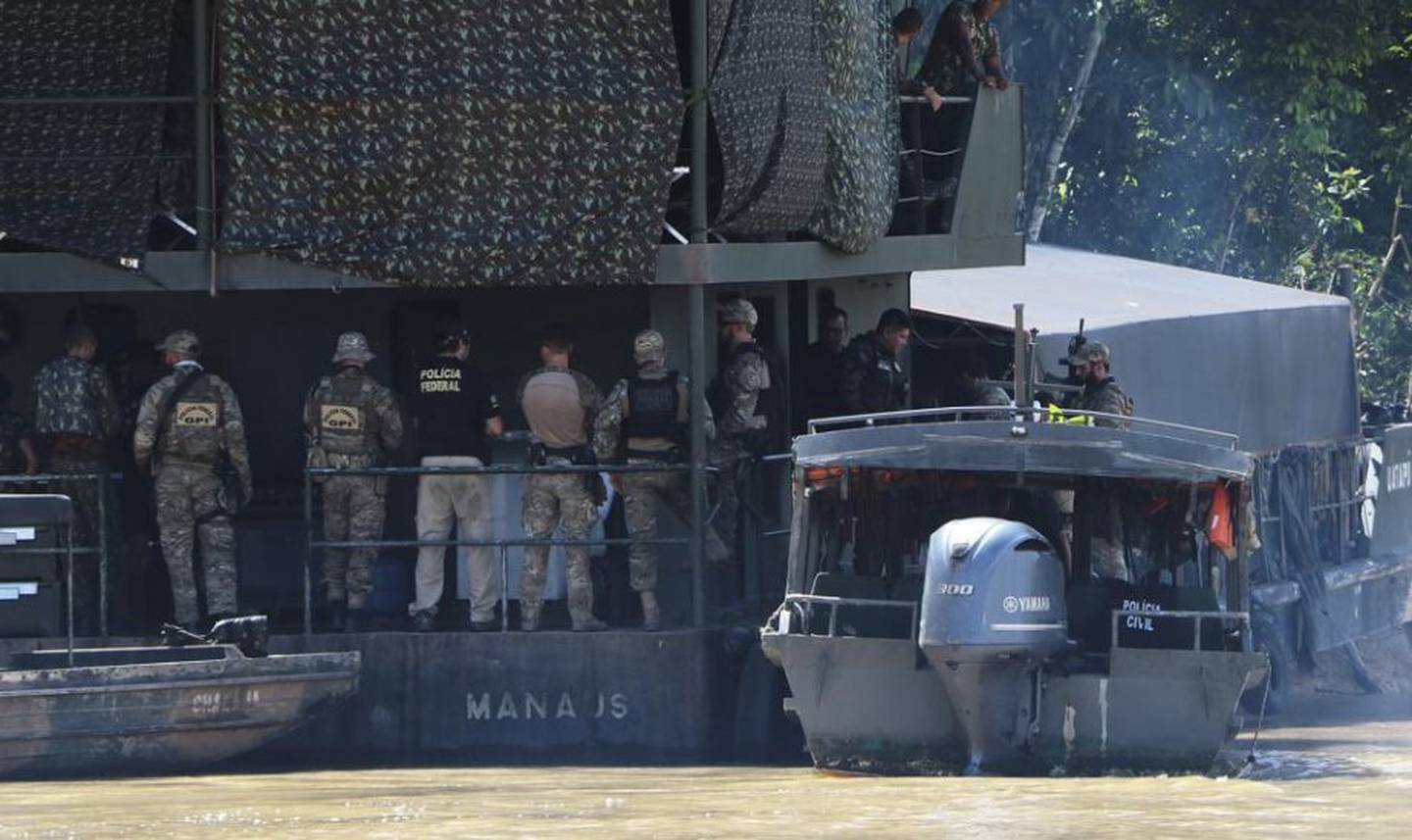 Brazilian federal police officers gather on a floating army base during the search for Bruno Pereira and Dom Phillips in Atalaia do Norte. Photo / AP

He has denied any wrongdoing and claims police tortured him to try to get a confession, his family told AP.

The search for the missing men continued Tuesday, following the discovery of a backpack, laptop and other personal belongings submerged in a river on Sunday.

Pereira, 41, and Phillips, 57, were last seen on June 5 near the entrance of the Javari Valley Indigenous Territory, which borders Peru and Colombia. 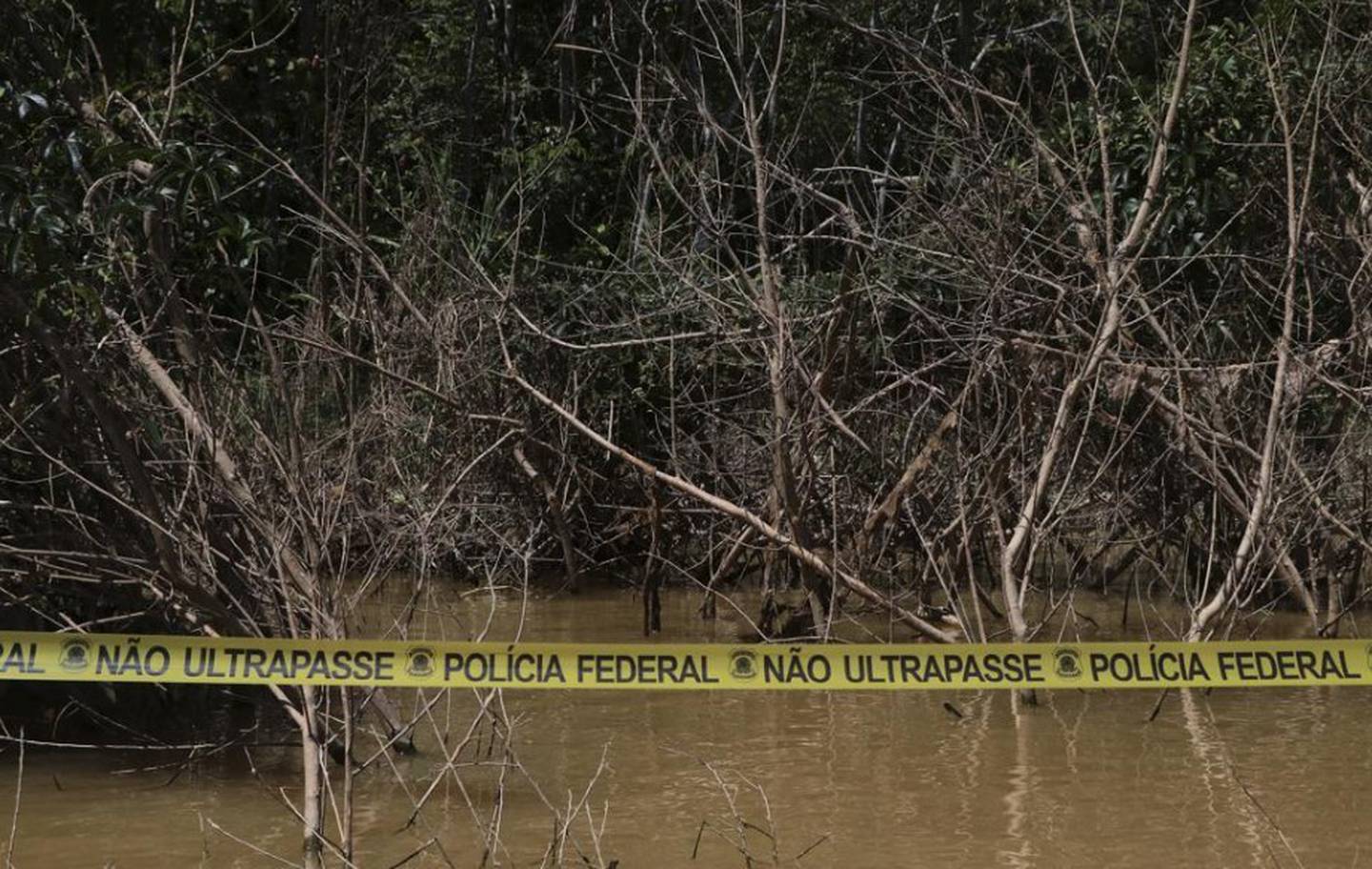 Police tape cordons an area where Bruno Pereira and Dom Phillips are believed to have disappeared in Atalaia do Norte. Photo / AP

Federal police issued a statement on Monday denying media reports that the two men's bodies had been found.

Search teams are focusing their efforts around a spot in the Itaquai river, near the city of Atalaia do Norte, where volunteers from the Matis Indigenous group say on Saturday they found a tarp from the boat used by the missing men. 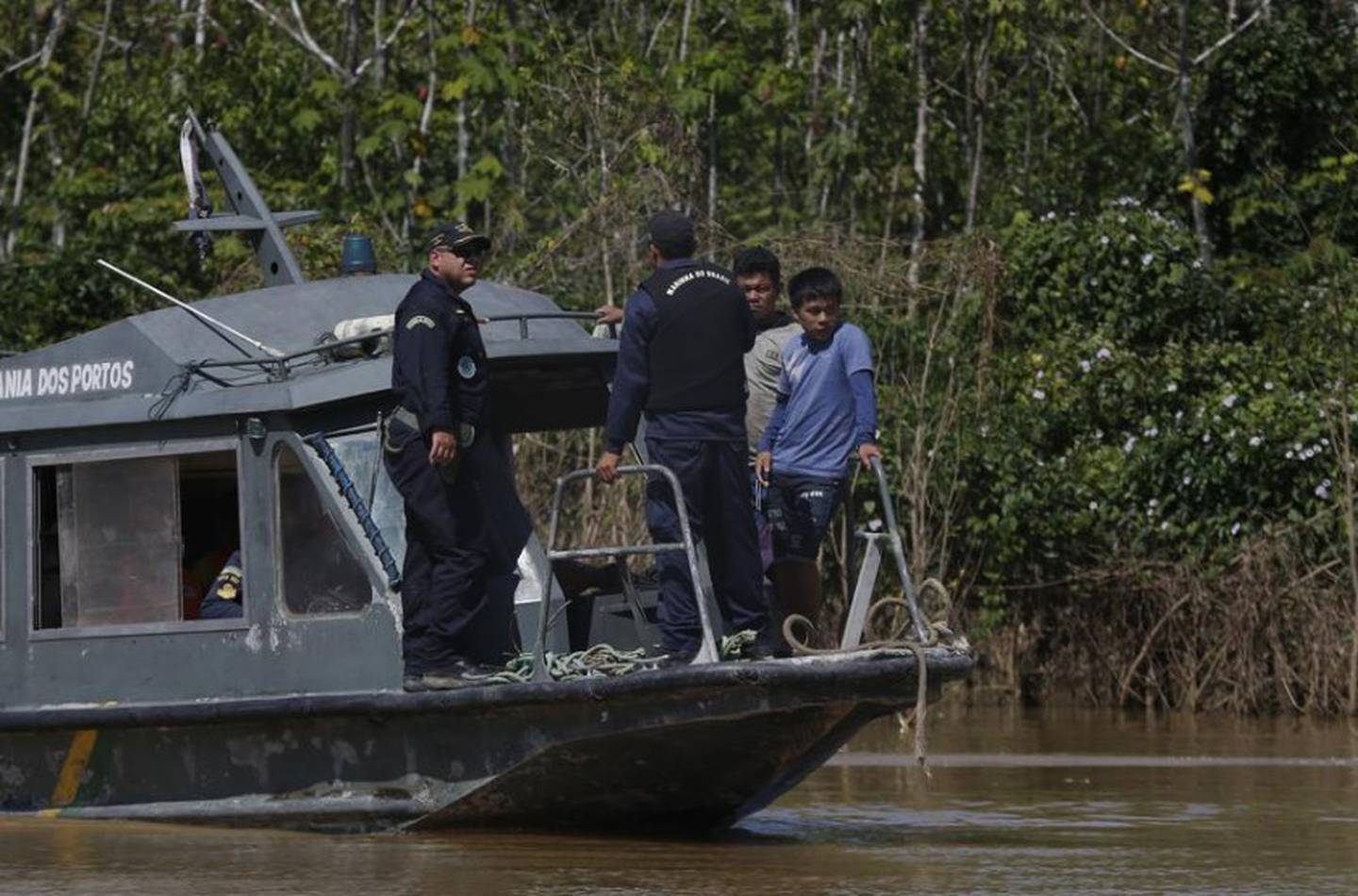 The Javari Valley has seven known Indigenous groups — some only recently contacted, such as the Matis. The valley also has at least 11 uncontacted groups, making the region the largest concentration of isolated tribes in the world.

That area has seen violent conflicts between fishermen, poachers and government agents. Violence has grown as drug trafficking gangs battle for control of waterways to ship cocaine, although the Itaquai river is not a known drug trafficking route.