A 15-year-old boy has been charged with the attempted murder of a Wallabies and Queensland Reds legend, following an alleged frenzied stabbing attack in Brisbane.

Toutai Kefu, who earned 60 caps for Australia and played in the 1999 World Cup-winning rugby team, was left fighting for life after three people allegedly broke into his Coorparoo home at 3am.

Police allege the trio were armed with knives, a machete and an axe, all of which were used during the attack. 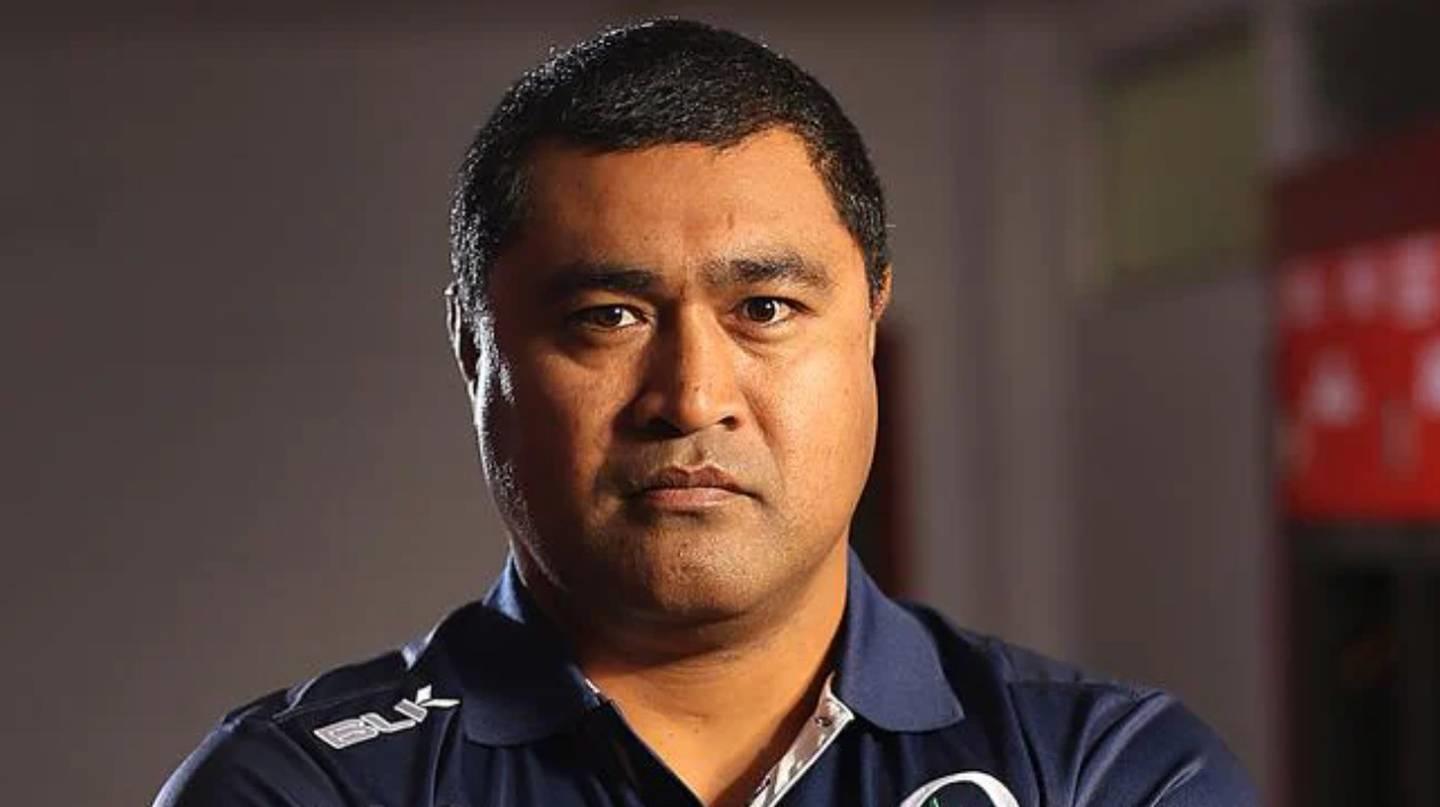 One boy, 15, was apprehended by neighbours at the scene and taken into custody.

The Goodna boy has been charged with four counts of attempted murder, three counts of assault causing grievous bodily harm and one count each of unlawful use of a motor vehicle, breaking and entering, burglary and deprivation of liberty.

He was refused bail to appear in Brisbane Children's Court.

The two others allegedly fled the scene in a stolen vehicle bearing number plates 435VJP, said to have been stolen during a robbery from a residence on Flinders Crescent in Forest Lake on Monday morning.

A second 15-year-old, from Springfield Lakes, was taken into custody after arriving injured at a south Brisbane hospital later in the day.

A third person is still on the run.

Police will allege a "brutal and violent" brawl erupted after the group were caught breaking into the Buena Vista Ave home, resulting in knives being brandished and Kefu being stabbed in the stomach.

He was rushed to the Princess Alexandra Hospital in a serious condition with abdominal wounds and later underwent life-saving surgery.

His wife, son and daughter were also injured in the incident and taken to hospital.

"An adult male has suffered terrible wounds to his arm and back, and a female adult has cuts on her hand and arm," Fleming said.

"This will have a lasting impact on this family due to the trauma.

"There is no information to suggest this was a targeted attack. It's highly likely it is a burglary gone wrong, which understates it."

A Queensland Rugby Union spokesperson said the incident was "shocking".

"Our thoughts and prayers are with Toutai and his family at this time," the spokesperson said.

"We offer our support to them and the wider Queensland rugby community who are affected by the incident."

Rugby Australia chief executive Andy Marinos said thoughts were with Kefu – the head coach of Tonga – and his family.

"It was shocking news to receive this morning. Toutai is a titan of our game – a warrior on the field and off it," Marinos said.

"To the Kefu family – the Australian rugby community is here for you. We also want to extend that support to others affected as well.

"The rugby family is a close-knit one and we always rally around each other when another is in need." Two teenagers are in police custody, but another alleged offender is still on the run. Photo / NCA NewsWire

Premier Annastacia Palaszczuk said she had been briefed by the police commissioner about the incident and extended her thoughts to the Kefu family.

"Our hearts go out to him and his family," she said.

"No one would expect that a home invasion of that violence and nature would happen."