Bosnia is in imminent danger of breaking apart, amid threats from the country's separatist Serb leadership to create their own army and fears of a slide back to conflict after a quarter-century.

The Guardian reports that the international community's chief representative in the country, Christian Schmidt, has warned the United Nations that if the threats to split the armed forces in two are carried out, there is a "very real" prospect of a return to war and more international peacekeepers would need to be sent in to bolster the 700-strong residual European Union force, Eufor.

Under the conditions of the 1995 Dayton peace deal that ended the bloody civil war, Bosnia and Herzegovina was split into two regions, the Republika Srpska and the Bosniak-Croat Federation, which have wide autonomy but share some institutions including the army and judiciary.

Milorad Dodik, the hard-line Bosnian Serb leader, has long advocated for secession and for the Serb mini-state to join neighbouring Serbia. 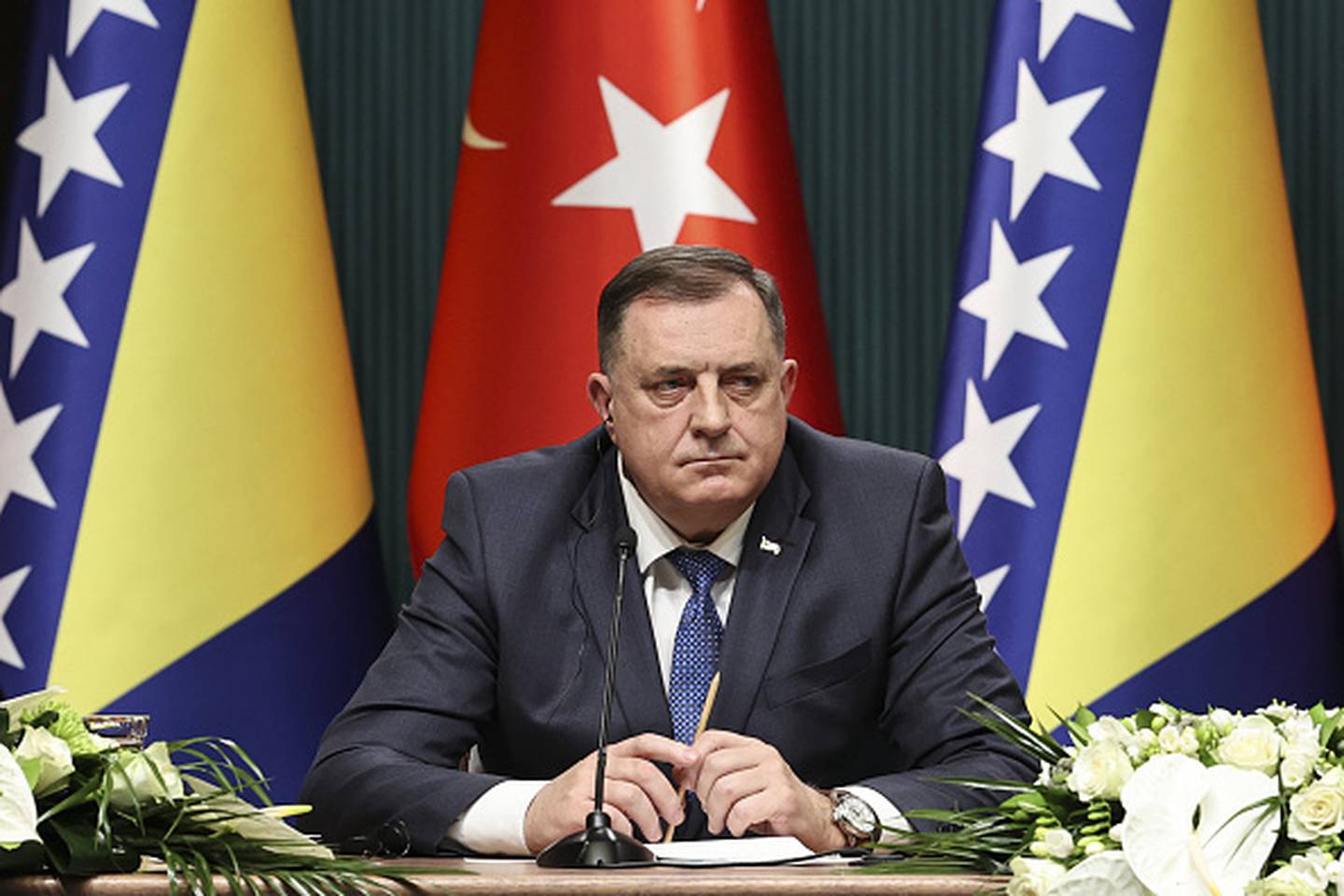 Dodik, who has frequently downplayed or denied Serb atrocities during the war – including the 1995 Srebrenica massacre of more than 8000 Bosniak Muslim men and boys – has described Bosnia and Herzegovina as an "impossible state" that needs to be "dissolved".

Last month, Bosnia's Serb police held an "anti-terrorist" drill outside of the capital Sarajevo on Mount Jahorina, in the area where the Serb military shelled the city during the 1991-95 war, killing thousands of citizens.

That came after Dodik warned on October 14 that he would force the Bosnian Army to withdraw from Republika Srpska by surrounding its barracks, and hinted Russia and Serbia would support the cause.

Schmidt, the high representative for Bosnia and Herzegovina, wrote in a report to UN secretary-general António Guterres on Friday that the move was "tantamount to secession without proclaiming it".

He said Dodik's actions "endanger not only the peace and stability of the country and the region, but – if unanswered by the international community – could lead to the undoing of the [Dayton peace] agreement itself", according to The Guardian.

Schmidt, who took up the position in August, said there was a risk of clashes between Bosnian national law enforcement agencies and the Bosnian Serb police force.

"Should the armed force of BiH [Bosnia and Herzegovina] splinter into two or more armies, the level of international military presence would require reassessment," he wrote.

"A lack of response to the current situation would endanger the [Dayton agreement], while instability in BiH would have wider regional implications. The prospects for further division and conflict are very real." 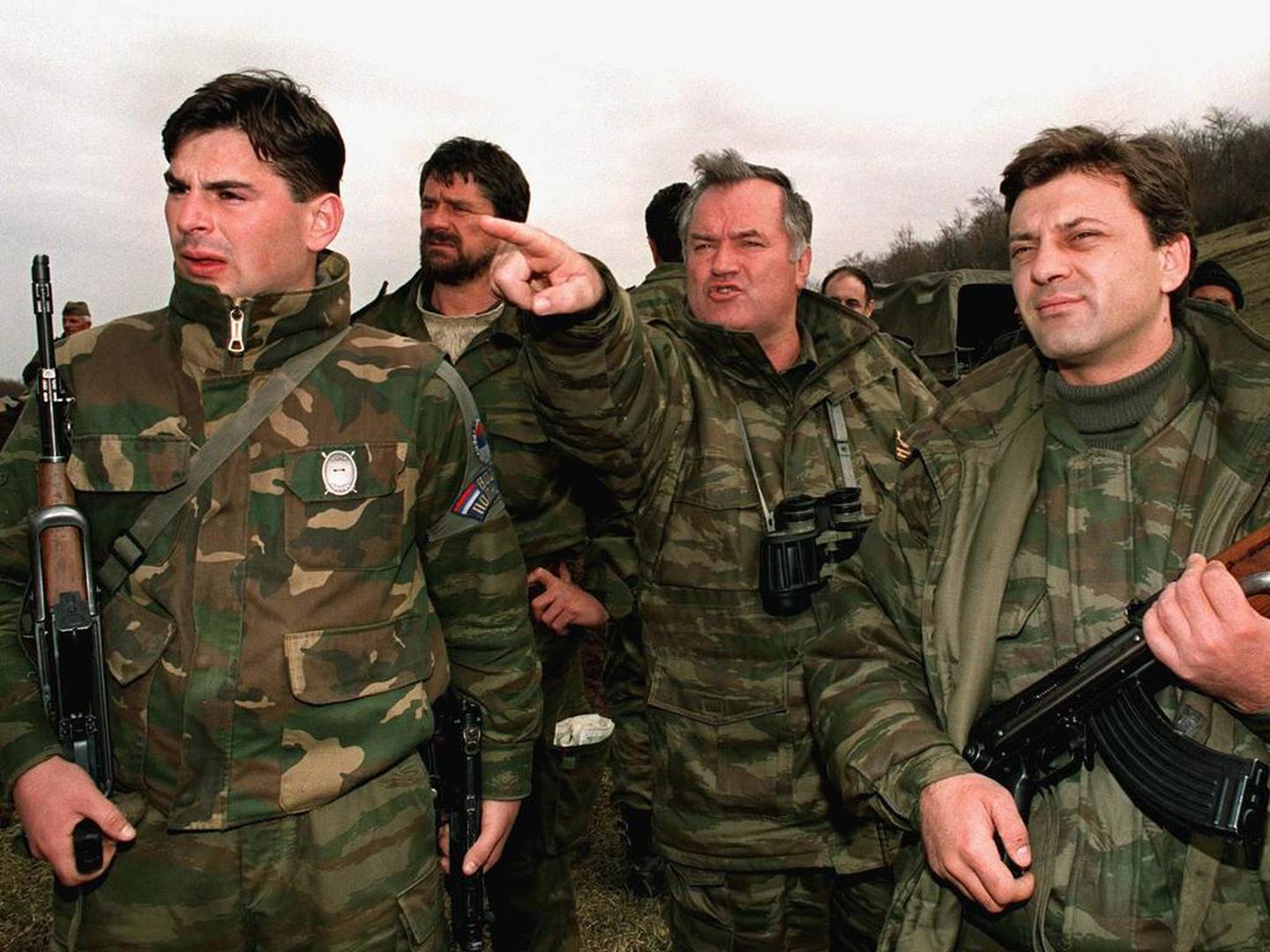 Dodik has recently pledged that the Bosnian Serb parliament would declare the creation of its own army and judiciary by the end of November.

The assembly last month passed a law establishing its own medicine procurement agency, the Associated Press reported, the first of Dodik's pledges to split off from joint institutions.

The warnings from Schmidt come as the UN Security Council is preparing to vote this week on the annual renewal of the peacekeeping mandate for the country.

His position is under threat from Russia, which is refusing to recognise his authority and is threatening to block the resolution unless references to the high representative are removed.

Hamza Karcic, political science professor at the University of Sarajevo, said Dodik's strategy in attempting to "force the failure of the Bosnian state" had been fine tuned recently.

"Rather than publicly questioning the Dayton Peace Accords, Dodik frames his policies as a return to an 'original Dayton'," Professor Karcic wrote in Haaretz.

"For the past two-and-a-half decades, the office of the high representative has imposed numerous laws and helped establish new state-level institutions in a bid to make post-war Bosnia a more fully functioning state.

"A return to 'original Dayton' is a euphemism for undermining and dismantling all that has been achieved in institution-building since 1995."

Prof Karcic said Dodik had joined the "Islamophobic bandwagon on the rise among the far-right in Europe" by "pointedly referring to Bosniaks as 'Muslims' in an effort to paint the population as purely a religious community". 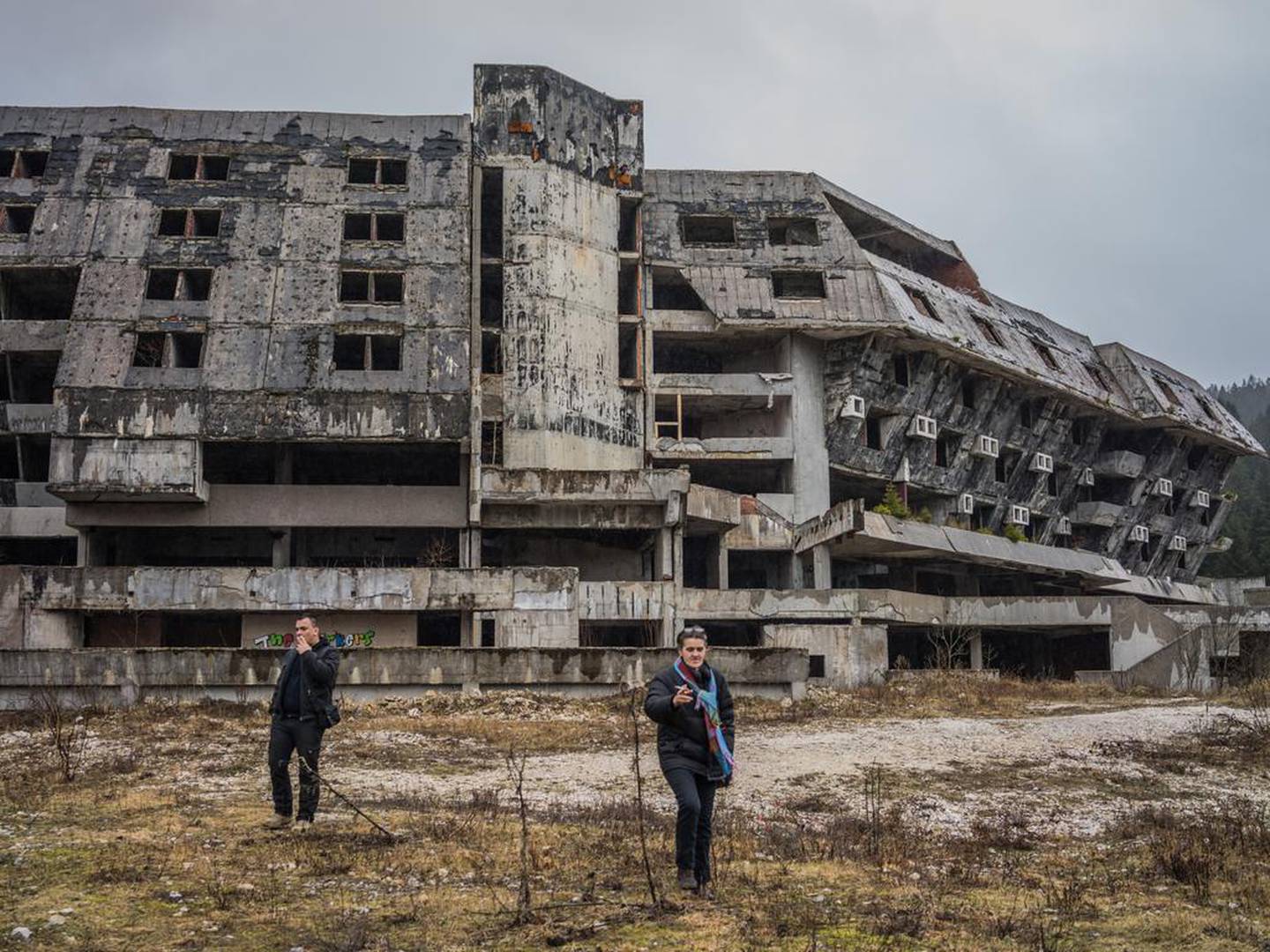 A hotel used as a prison and place of execution for Bosnian Muslims. (Photo / Getty)

"Meanwhile, watching the current crisis unfold on the sidelines and remaining conspicuously quiet is the main Bosnian Croat party (HDZ) which has an unflinching alliance with Dodik," he wrote.

"This essentially leaves the majority Bosniak-based parties as the sole bulwark against the dismantling of state institutions – and of the state itself."

Prof Karcic urged the Biden administration and NATO – which handed over peacekeeping duties to the EU in 2004 – to send a new mission to Bosnia, describing Eufor as "woefully inadequate to meet any serious security challenge".

"Only NATO and its redeployment to Bosnia could serve as a deterrent to ensure that the Dayton Peace Accords do not unravel, with all the grim consequences that are likely to follow," he wrote.