The FBI says a county coroner has confirmed that human remains found in remote northern Wyoming along the border of Grand Teton National Park are those of 22-year-old Gabby Petito, who disappeared while on a cross-country road trip with a boyfriend who is now being sought by authorities in Florida.

Teton County Coroner Brent Blue determined her manner of death was homicide, but did not disclose a cause of death pending final autopsy results, officials said Tuesday. Petito's body was found Sunday near an undeveloped camping area that's surrounded by woodlands and brush, located about 48 kilometres northeast of Jackson, Wyoming.

The FBI also requested for anyone with information about boyfriend Brian Laundrie's role in Petito's death to contact the agency.

Authorities renewed their search Tuesday of a swampy preserve area near the home of the boyfriend wanted for questioning in the death of 22-year-old Gabby Petito, whose body was discovered at a Wyoming national park months after the pair set out on a cross-country road trip.

Police in North Port, Florida, said Tuesday morning that investigators have returned to the Carlton Reserve to look for Brian Laundrie, 23.

Investigators searched the 9,700-hectare Florida nature preserve over the weekend without success. They focused on the area after Laundrie's parents told police he may have gone there.

Authorities are using helicopters, drones, dogs and officers in all-terrain vehicles in their search for Laundrie. About 75% of the search area is underwater.

Laundrie and Petito had been living with his parents at the North Port home before the road trip on which she died.

The young couple had set out in July in a converted van to visit national parks in the West. They got into a fight along the way, and Laundrie was alone when he returned in the van to his parents' home Sept. 1, police said.

Laundrie has been named a person of interest in the case, but his whereabouts in recent days were unknown.

Petito's father, Joseph, posted on social media an image of a broken heart above a picture of his daughter, with the message: "She touched the world."

In an interview broadcast Monday on TV's "Dr. Phil" show, Joseph Petito said Laundrie and his daughter had dated for 2 1/2 years, and Laundrie was "always respectful." During the interview, which was recorded before his daughter's body was found, Petito said the couple had taken a previous road trip to California in her car and there were no problems. Joseph Petito said the family began worrying after several days without hearing from their daughter.

Joseph Petito said he wants Laundrie to be held accountable for whatever part he played in his daughter's disappearance, along with his family for protecting him.

"I hope they get what's coming, and that includes his folks," Joseph Petito said. "Because I'll tell you, right now, they are just as complicit, in my book." 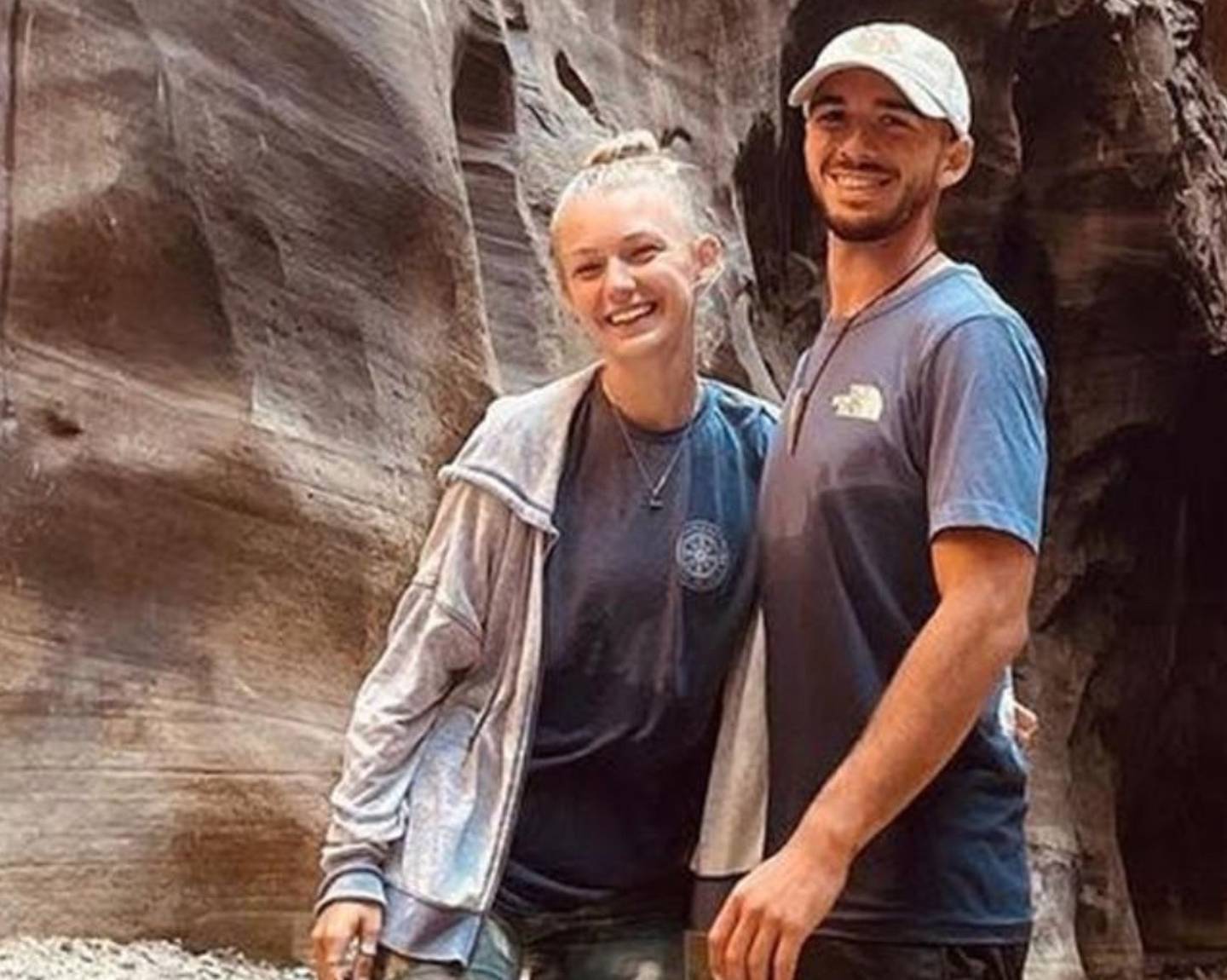 The FBI said investigators are seeking information from anyone who may have seen the couple around Grand Teton.

Gabby Petito and Laundrie were childhood sweethearts who met while growing up on New York's Long Island. His parents later moved to North Port, about 55 kilometres south of Sarasota.

A man who saw Petito and Laundrie fighting in Moab, Utah, on Aug. 12 called 911 to report a domestic violence incident, according to a recording of the call obtained from the Grand County Sheriff's Office. The man said he saw Laundrie slap Petito while walking through the town and proceeded to hit her before the two got in their van and drove off.

Video released by the Moab police showed that an officer pulled the couple's van over on the same day after it was seen speeding and hitting a curb near Arches National Park. The body-camera footage showed an upset Petito.

Laundrie said on the video that the couple had gotten into a scuffle after he climbed into the van with dirty feet. He said he did not want to pursue a domestic violence charge against Petito, who officers decided was the aggressor.

Moab police separated the couple for the night, with Laundrie checking into a motel and Petito remaining with the van.

On "Dr. Phil," her father said that was not literally true. She just likes to keep her living area orderly and was using slang, he said.