A cosmetic surgeon from Belgium has been handed a 10-month prison sentence for a lecture in which he complained that women were no longer willing to give sexual favours in exchange for protection and money from men.

Judges in Flanders said the speech by Jeff Hoeyberghs, 60, merited the prison sentence, half of which is suspended, on the grounds that he not only intended to incite discrimination, hatred and violence against women but also refused to apologise.

Hoeyberghs insisted he was only speaking the "truth", while some politicians claimed his freedom of speech was being curtailed.

In his 2019 speech at Ghent University, Hoeyberghs called women "hysterical, lazy, weak, stupid" and "dirty creatures, who seek money and protection from men to whom they owe sex".

Women served "to satisfy men sexually and perform household chores", he said, but "don't want to open their legs anymore".

Women could be compared to "animals" with "udders", the surgeon told his postgraduate audience.

Specific women, including students in the auditorium, a TV broadcaster, and green activist Greta Thunberg, were targeted with insults.

Hoeyberghs, who qualified as a cosmetic surgeon in the UK and is a frequent TV commentator in Belgium, was invited to speak by the university. 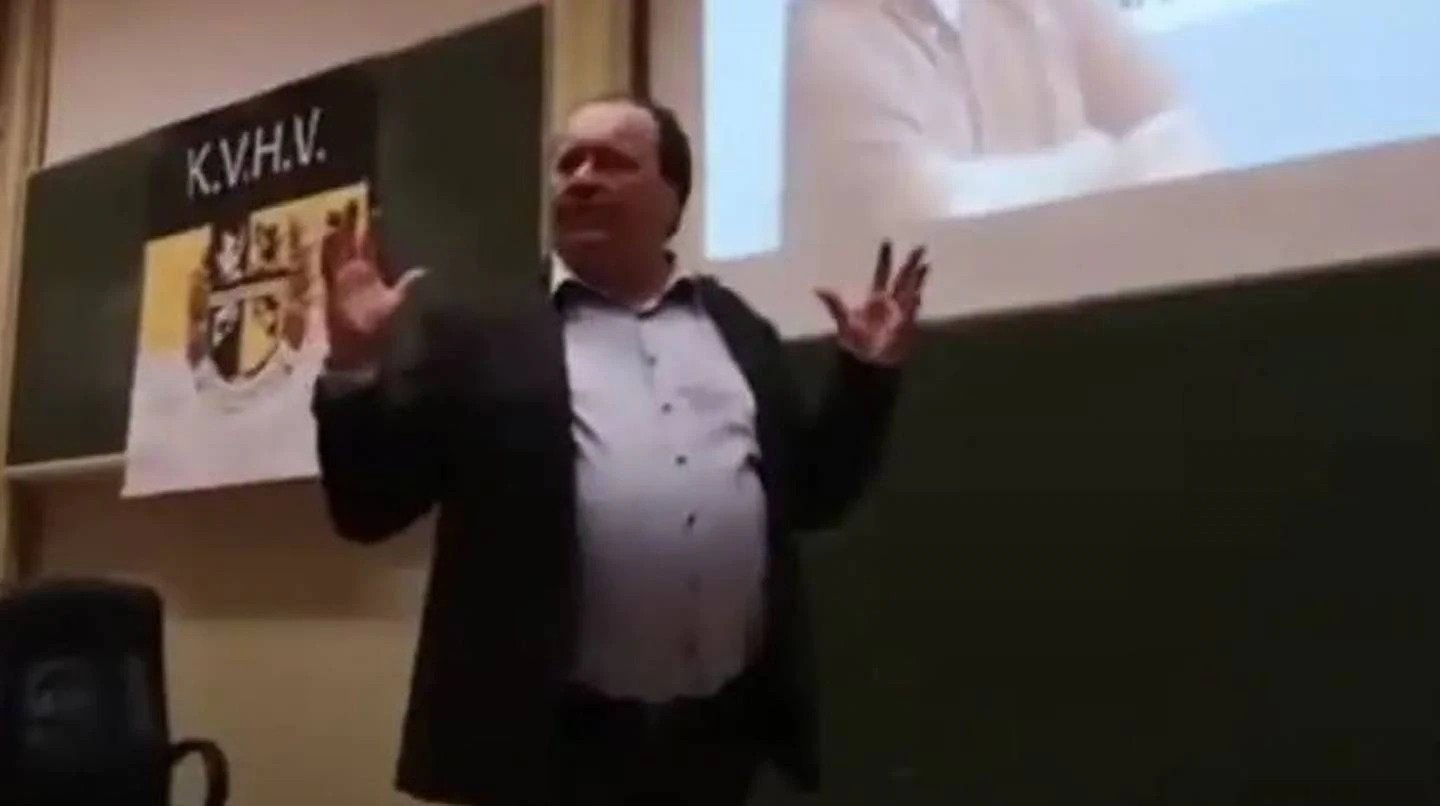 Hoeyberghs, who qualified as a cosmetic surgeon in the UK and is a frequent TV commentator in Belgium, was invited to speak by the university. Photo / YouTube

The speech, which was filmed by students and broadcast live on Facebook, resulted in more than 1500 complaints.

In court, Hoeyberghs' lawyer said none of those personally targeted had sued for defamation.

The accusations, the surgeon claimed, were evidence of a "well-oiled international machine of communist signature and with Western state subversion as the ultimate goal".

Judges dismissed his arguments, ruling that Hoeyberghs' "criminal behaviour threatens a peaceful society where there is room for all people, regardless of their gender".

"It creates a hostile atmosphere in society and contributes to even more strife, discord, conflict and violence".

But Bart De Wever, mayor of Antwerp and leader of the nationalist New Flemish Alliance Party, said: "Hoeyberghs' statements were stupid and outrageous. But reprehensible is different from punishable. Freedom cannot be protected by restricting it".

Hoeyberghs has said he will appeal.