An Australian teenager has been arrested while driving a motorised chilly bin full of cannabis, with the police even deploying a helicopter to apprehend the "mobile marijuana unit".

The homemade contraption, which came complete with a road sign for decoration, was then tracked down by the police with the help of a helicopter unit.

Cops found cannabis prepared for sale, electronic scales and a dirty bong inside the chilly bin, which they dubbed a "mobile marijuana unit". 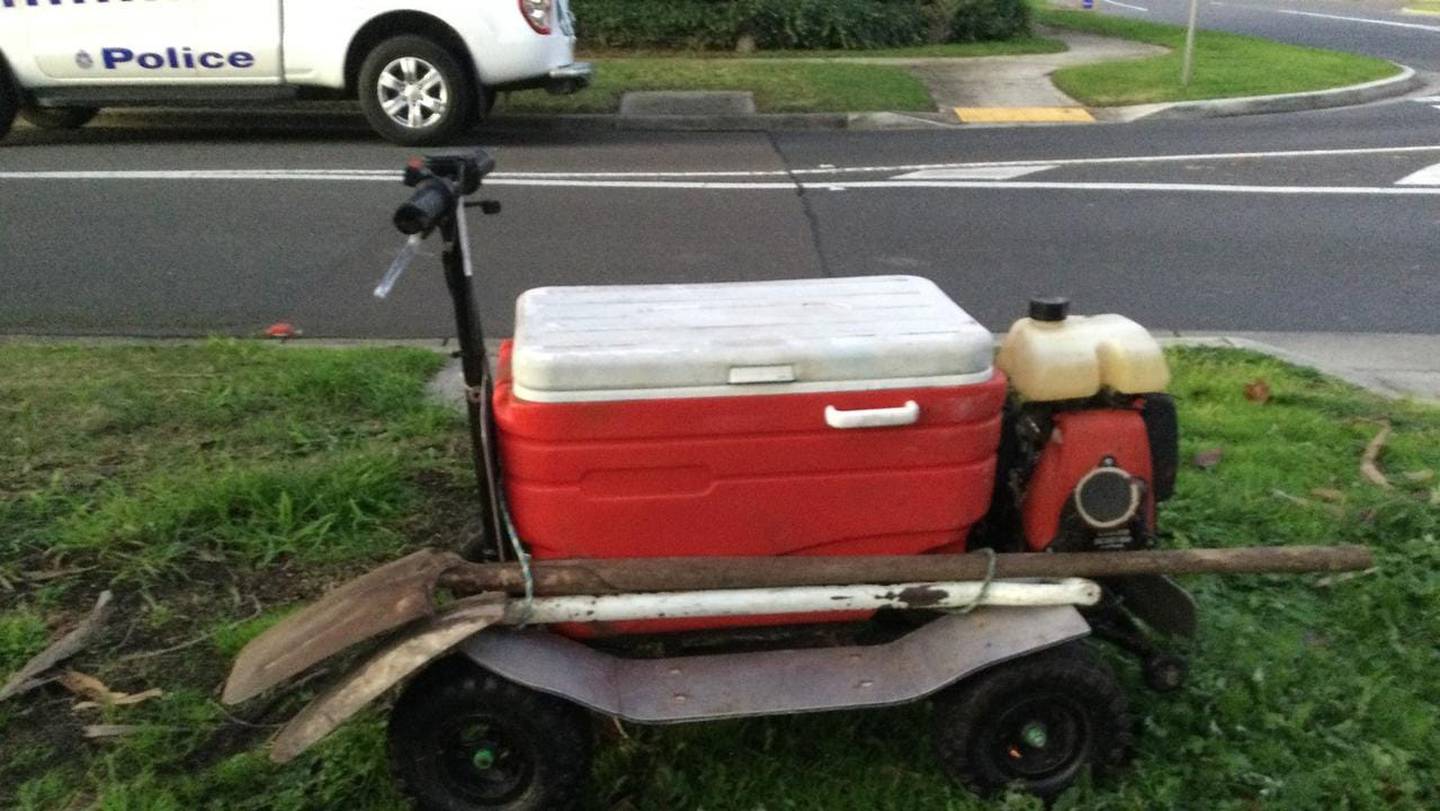 His operation was brought to end by the police's eye in the sky. Photo / Victoria Police The contents of the chilly bin. Photo / Victoria Police

News of the scheme quickly went viral online, and was labelled "deals on wheels", with many praising the young lad for his creativity.

"Not going to lie, a part of me would be a little impressed," one person noted.