Scott Morrison has been roasted on a popular American late-night talk show as Australians took to the polls to vote in the federal election, choosing Labor's Anthony Albanese.

In the opening segment of The Late Show with Stephen Colbert, where Colbert shares news in a comedic way, he took aim at Morrison – just hours before polls closed Down Under.

In "news out of Australia", Colbert told viewers that the stakes were high for the "conservative Prime Minister".

"Ever since Morrison was elected, the Australian PM has been dogged by scandal, everything from allegations of racism to his friendship with a prominent QAnon conspiracy theorist," Colbert said, as Australian media reports were shown on screen.

"That's not good. Of course down there politicians' reputations go down the drain counterclockwise." 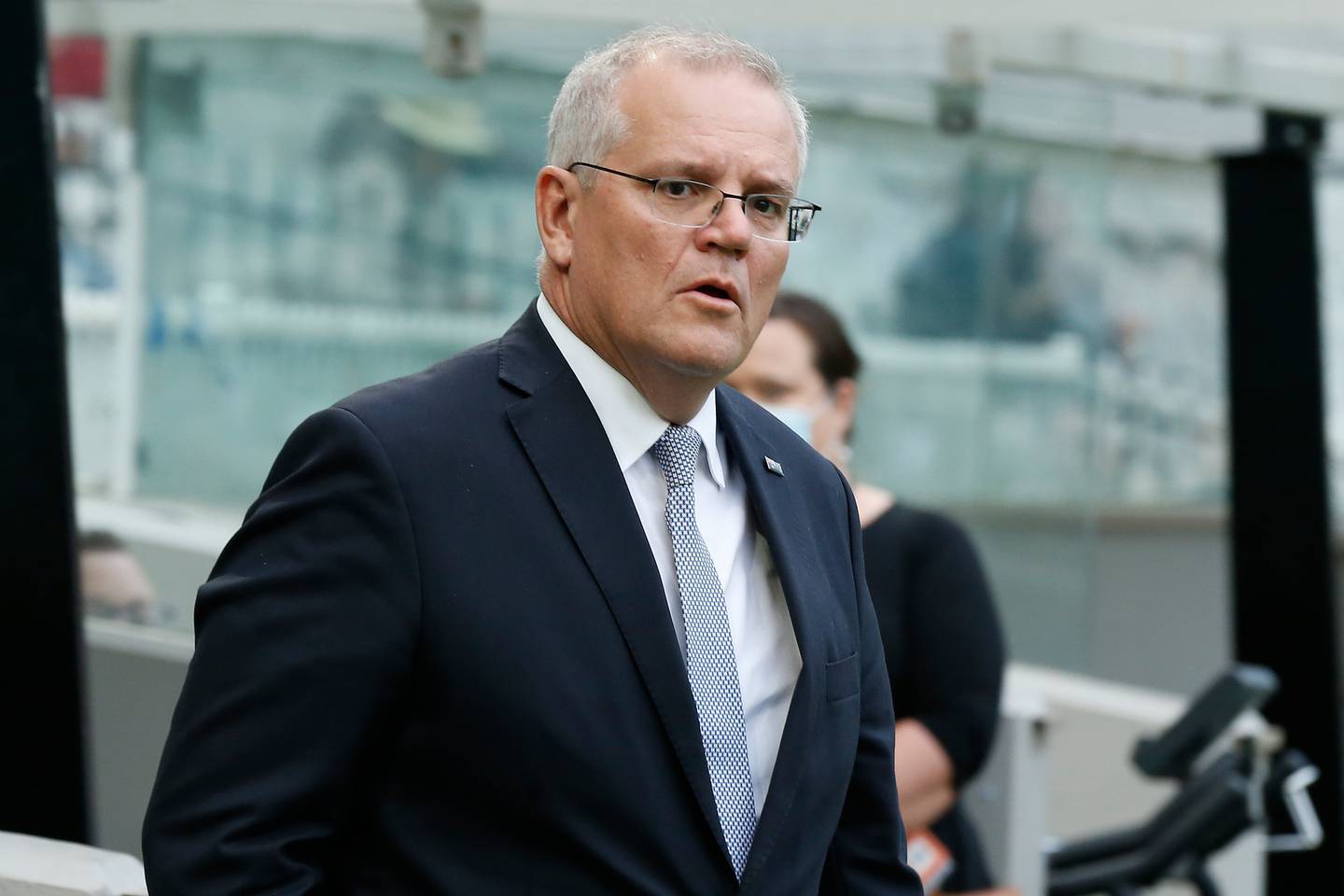 "Morrison's press got so bad that last year the Prime Minister went on the radio to deny he'd ever pooped his pants at McDonald's," Colbert said.

The longstanding rumour is that Morrison soiled himself at Engadine McDonald's after his beloved Cronulla Sharks lost the grand final in 1997.

Morrison last July went on radio to "clear up" the rumour declaring it was the "biggest urban myth ever".

That wasn't the end of it.

The supposed incident was even brought up in a radio interview on Wednesday this week before the election, where Morrison again denied it ever happened.

"So he launched a reboot this week to get some good press, which brings as to the latest Morrison news: Australian Prime Minister Scott Morrison tackled a child to the ground during an election photo-op."

Colbert then showed the footage as the audience gasped and laughed.

"Yeah … to which his campaign responded, 'can we go back to the McDonald's pooping thing?'," Colbert finished.

Morrison was playing a training game with kids at the home of the Devonport Strikers in Tasmania on Wednesday when he made a run towards the goal that went horribly wrong.

He collided with Luca Fauvette, who plays under-eights, and knocked him to the ground.

Fortunately, he was fine and appeared on breakfast television the next day to say so.

In a funny interview that actually ended with him rapping, Luca revealed Morrison had also called him later in the day to check on him.

The video of the tackle went viral on social media and made headlines across the country.