Australia has spoken – and Anthony Albanese will officially be the country's 31st Prime Minister.

Addressing the media pack as he left his Marrickville home to head for a celebratory event at the Canterbury Hurlstone Park RSL with partner Jodie Haydon, Albanese said the win was an "incredible honour".

"I want to unite people. People want to come together, look for common interest, look towards the sense of common purpose," he said. 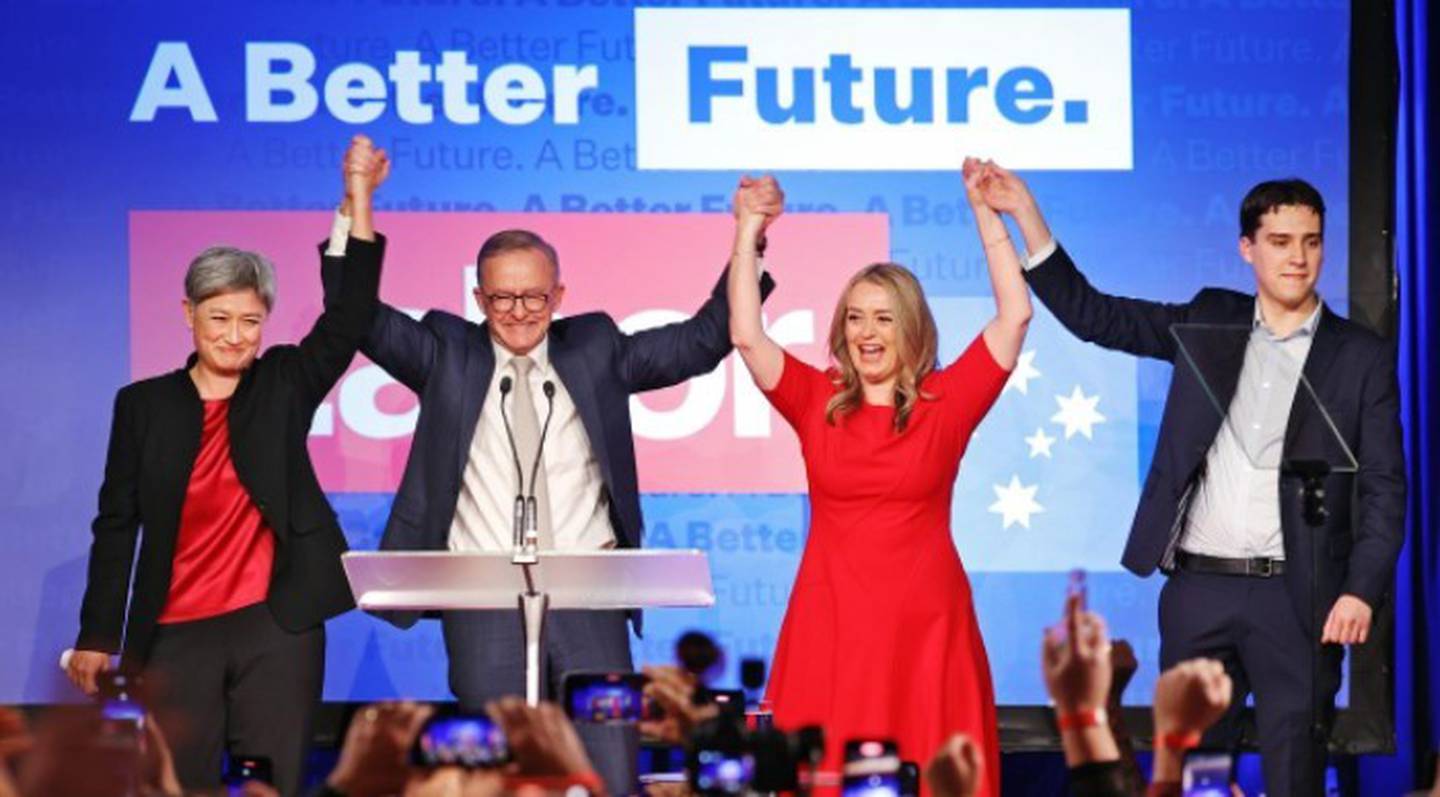 "I think people have had enough of division. What they want is to come together as a nation, and I intend to lead that."

Albanese then headed off to address his crowd of exuberant supporters – including son Nathan and ex-wife and former Deputy Premier of NSW Carmel Tebbutt – who had gathered at the venue in his electorate of Grayndler in Sydney's inner west.

An emotional Albanese took to the stage amid chants of "Albo, Albo", and immediately thanked Australia for the "extraordinary honour".

"Tonight the Australian people have voted for change. I am humbled by this victory. And I am honoured to be given the opportunity to serve as the 31st Prime Minister of Australia," he said.

"My Labor team will work every day to bring Australians together. And I will lead a government worthy of the people of Australia. A government as courageous and hardworking and caring as the Australian people are themselves."

He thanked Morrison for his "gracious" congratulations and for his service, before acknowledging his own humble beginnings. 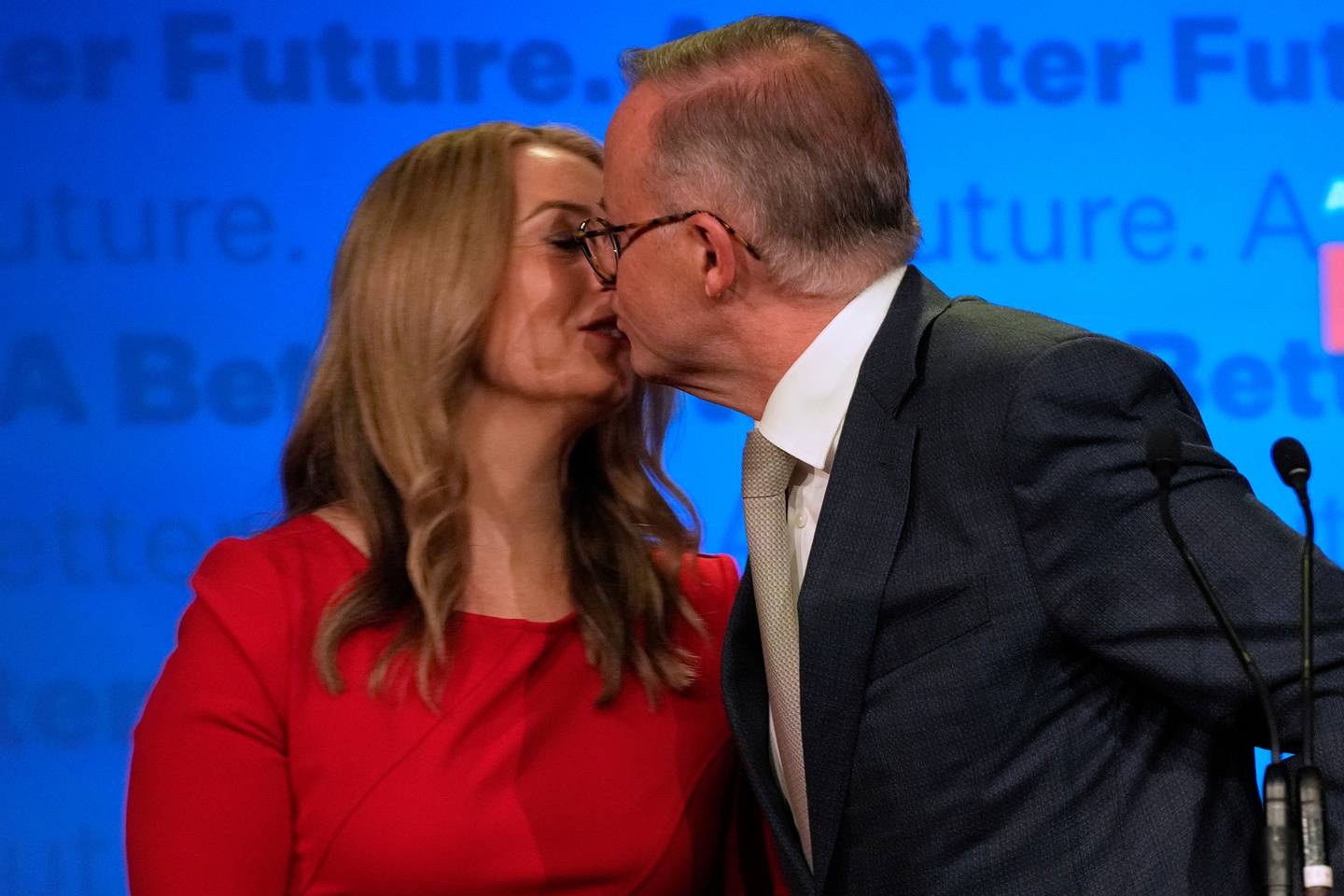 "My fellow Australians, it says a lot about our great country that a son of a single mum who was a disability pensioner, who grew up in public housing down the road in Camperdown, can stand before you tonight as Australia's Prime Minister," he said.

"During this campaign I have put forward a positive, clear plan for a better future for our country. And I have shared the two principles that will a government that I lead. No-one left behind because we should always look after the disadvantaged and the vulnerable.

"But also, no-one held back, because we should always support aspiration and opportunity."

Earlier in the night, outgoing PM Scott Morrison fronted his supporters to concede defeat, acknowledging that it was a "difficult night for Liberals and Nationals around the country".

"Tonight, I have spoken to the Leader of the Opposition, and the incoming Prime Minister, Anthony Albanese, and I've congratulated on his election victory this evening," Morrison said. 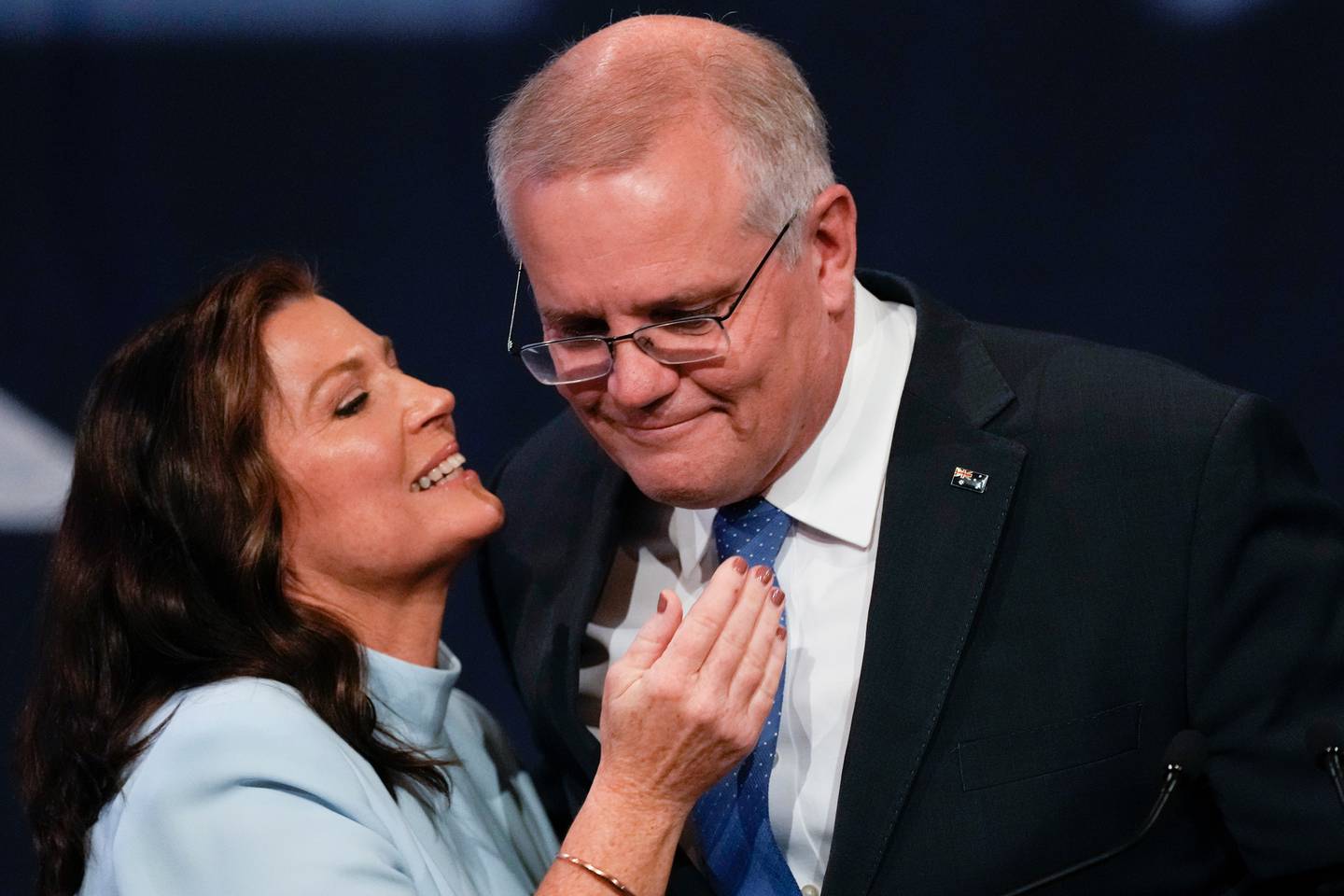 "In this country, at a time like this, when we look around the world, and particularly when we see those in the Ukraine fighting for their very freedom and liberty, I think on a night like tonight, we can reflect on the greatness of our democracy."

Morrison announced he will quit the Liberal leadership, but he plans to stay in parliament and three years from now he "looked forward" to the re-election of a Liberal Government.

"To my colleagues tonight, who have had to deal with very difficult news, and have lost their seats tonight, I as leader take responsibility for the wins and the losses,'' he said. 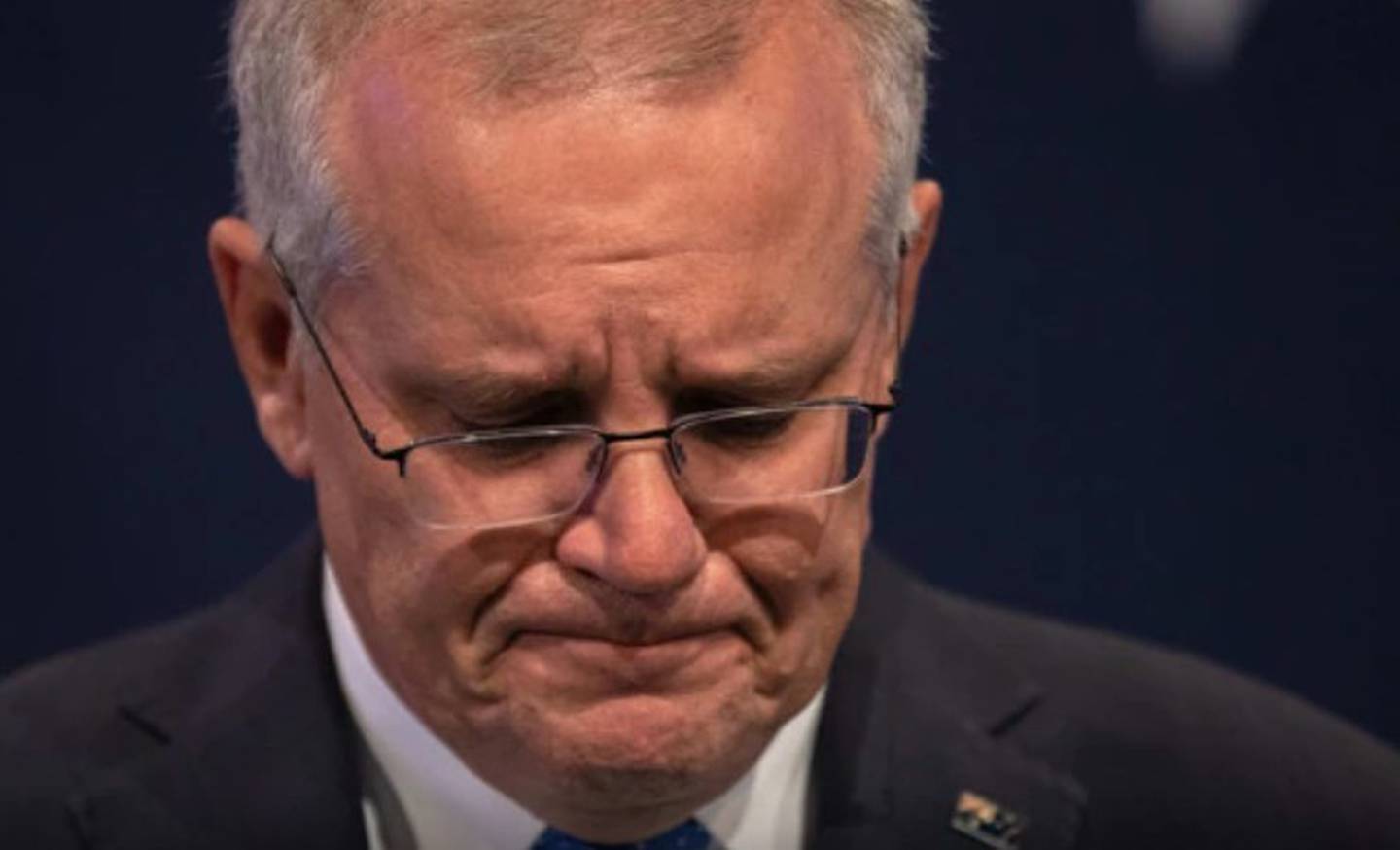 'It's been my privilege' Scott Morrison concedes. Photo / Supplied

"That is the burden and that is the responsibility of leadership.

"As a result, I will be handing over the leadership at the next party room meeting to ensure the party can be taken forward under new leadership which is the appropriate thing to do.

Going into the election, the Coalition had 75 seats to Labor's 68, plus eight crossbenchers.

But the so-called teal independents pulled off a stunning upset, stealing a string of high profile, safe Liberal seats.

The son of a single mother who grew up in an inner Sydney public housing estate, Anthony Norman Albanese famously overcame a humble childhood to emerge as one of the most powerful players in Australian politics 26-year career.

Albanese first won the seat of Grayndler in Sydney's inner west back in 1996, and since then, he has steadily risen through the ranks of the ALP, having been first appointed to the Shadow Cabinet in 2001.

In June 2013, he was elected as Deputy Leader of the Labor Party, and a day later was sworn in as Deputy Prime Minister, a role he held until Labor's defeat at the 2013 election.

He then announced his candidacy as leader, although Bill Shorten ultimately succeeded after a month-long contest that was the first to involve a combined vote of MPs and rank-and-file members.

While Albanese won a large majority of the membership at the time, Shorten secured more MP votes, and was able to nab the top job.

Following Shorten's resignation after the 2019 election loss, Albanese was elected as leader unopposed, after Chris Bowen pulled out of the race.

While critics blasted Albanese's election campaign stumbles and slammed a perceived lack of big policy announcements, the 59-year-old has obviously done an impressive job, trouncing Morrison in the first and last leaders' debate while the second ended in a tie, before finally defeating him at the polls.