Australian Defence Minister Peter Dutton said Friday that a Chinese warship with spying capabilities had been hugging the nation's western coastline in what amounted to an "aggressive act".

Dutton said the ship was sighted Friday morning heading north about 250 nautical miles from Broome in Western Australia, and had been tracked along the coastline for the past week.

"Its intention, of course, is to collect intelligence right along the coastline," Dutton said. "It has been in close proximity to military and intelligence installations on the west coast of Australia."

He said it was without precedent for a Chinese warship to venture so far south and that authorities were monitoring the ship closely with planes and surveillance techniques. He said he wanted to be open and honest with Australians about the situation. 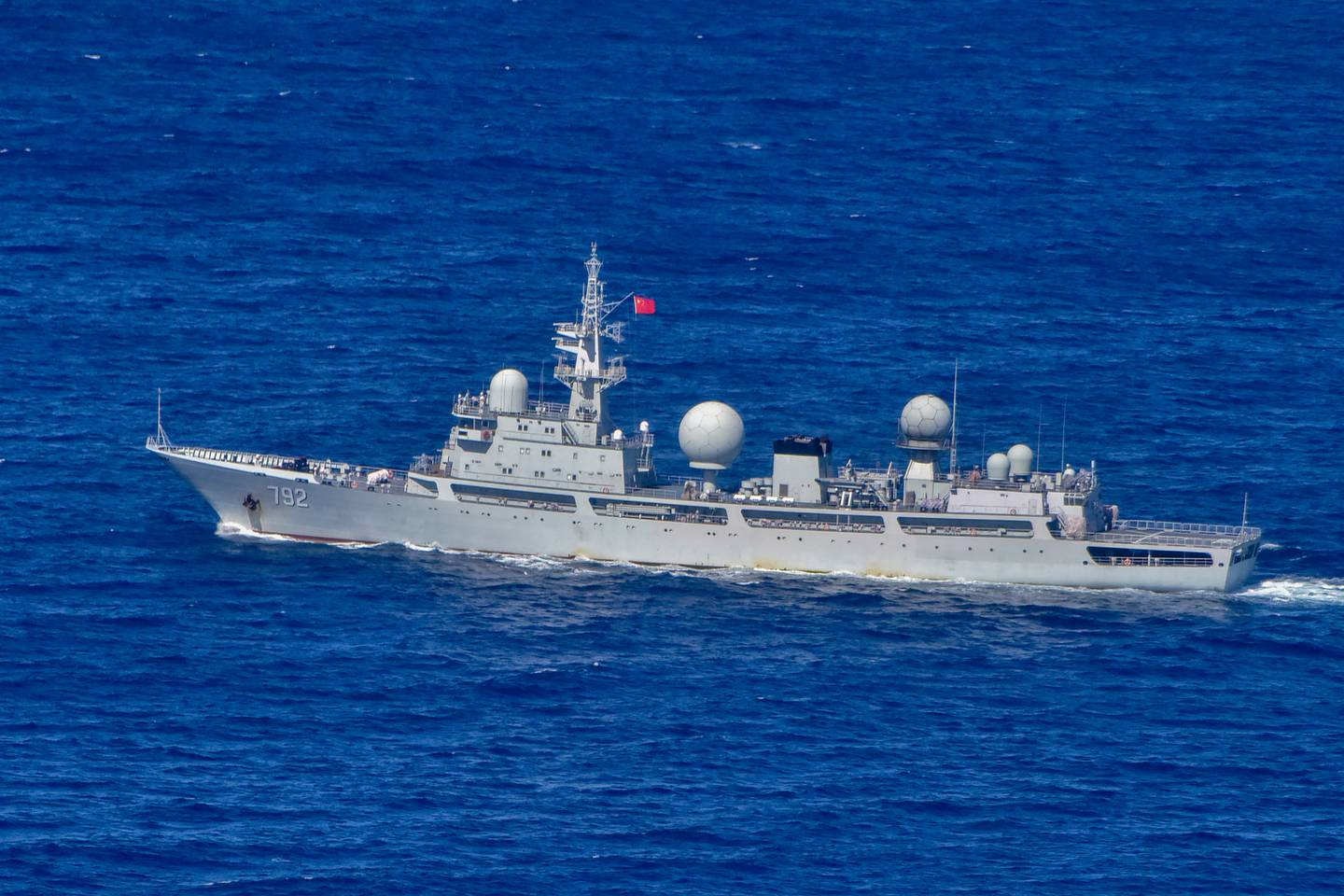 Asked about the ship sighting, Chinese Foreign Ministry spokesperson Zhao Lijian said he had no information about the specific situation, but that "China always abides by international law and international practice".

"The relevant Australian politician should see the relevant situation objectively and calmly, and not make sensational remarks," Zhao told reporters at a daily briefing.

"The first thing I want to make very clear is, this is freedom of navigation. I mean, they are able to be in these places, they are not in Australian waters or anything like that, but it is unusual for a ship to be coming that far south," he said.

"[But] if you look at this in the context of the many acts that the Chinese government has taken towards Australia that is concerning."

Tensions between China and Australia have been heightened recently after China signed a security pact with the Solomon Islands.

Australians will go to the polls in eight days to vote in a general election. Dutton said the timing of his announcement had nothing to do with the election campaign.

"Australia respects the right of all states to exercise freedom of navigation and overflight in international waters and airspace, just as we expect others to respect our right to do the same," the Defence Force said in a statement. "Defence will continue to monitor the ship's operation in our maritime approaches."