Scott Morrison made a significant admission on Friday, revealing he knows he needs to "change" if he is re-elected as Prime Minister.

Speaking in Melbourne on Friday, Morrison conceded that he "can be a bit of a bulldozer" when it comes to some issues and noted that an adjustment would be needed in the future.

"Over the last three years and particularly the last two, one of the things Australians have needed from me, going through this pandemic has been strength and resilience. Now, I admit that hasn't enabled Australians to see a lot of other gears in the way I work," he said at a press conference.

"I know Australians know that I can be a bit of a bulldozer when it comes to issues.

"I suspect you guys know that too," he added, referring to the media pack.

Morrison said he had always thought listening to Australians was incredibly important and has tried to do so throughout this election campaign.

The PM noted he had worked hard to land "really big security agreements" like the AUKUS deal, saying you had to be "determined" to negotiate major agreements like that.

However, he also conceded that his "bulldozer" strategy wouldn't always work heading into the future, and specified there were things he would "have to change" if re-elected.

"As we go into this next period, on the other side of this election, I know there are things that are going to have to change with the way I do things because we're moving into a different time," Morrison said.

"We're moving into a time of opportunity and working from the strong platform of strength that we've built and saved in our economy in these last three years.

"We can now take advantage of those opportunities in the future." 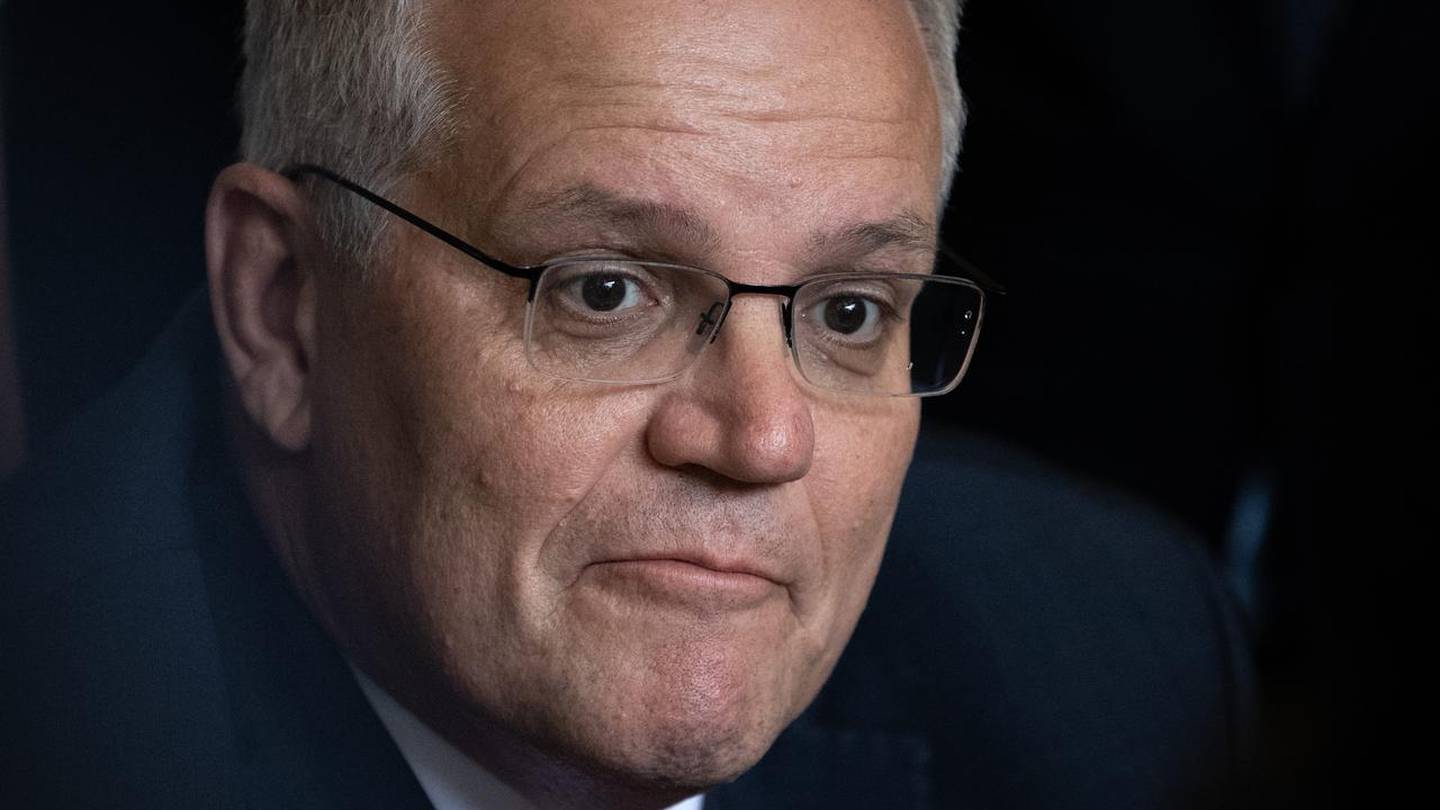 The admission marks a significant shift in the PM's campaign strategy. Photo / News.com.au

Though, the Prime Minister claimed that "resilience and strength" will still be needed in the future.

The acknowledgement that he would "have to change" marks a significant shift in Morrison's campaign strategy. He has previously acknowledged that he may not be well-liked, but insisted his popularity "doesn't matter".

"When you go to the dentist, it doesn't matter whether you like him or her. You want to know they're good at their job."

This acknowledgement he needs to change is a major admission from the Prime Minister one week out from the election, with ABC's Patricia Karvelas branding the situation "extraordinary".

"What he has actually said here in this press conference is incredibly significant in terms of the Liberal Party's messaging.

"The most important sentence I heard from the Prime Minister and which demonstrates that shift that I talk of, is I know there are things I have to change in how I do things. Wow."

Karvelas claimed Morrison's sudden change in messaging today demonstrated "an informed view" going forward and that he is listening to what voters are saying.

"I've done quite a bit of research into what voters, undecided voters are saying and one of the big, big feedback points has been 'here we go again'. One person described it as to me, 'more of the same from Scott Morrison'. That he's negative and it's all more of the same. You get more the same if you vote for him," she said.

"So what the Prime Minister is doing in this press conference is pivoting and changing his language for re-election. And it's a significant shift. It's not a small shift."

During the press conference, Morrison also noted how he had been changing the way Australia interacts with neighbours in the Pacific.

In the past, Australia has "acted like a bit of a colonial overlord" and "stomped around", he claimed.

"As I have with many of the Pacific leaders, I have sought to change the way that we deal with the Pacific. You've heard me mention it on so many occasions, I think Pacific leaders should be treated as equals and as family working together to address the national security issues," he said.

"Which is why when these issues come up, when those threats come up, and when I engage with the civic leaders, they know I'm doing that out of a shared concern."