An Auckland man faces being stuck in a South American airport's transit lounge for the next month after he was stopped from boarding his flight home and told by Qatar Airways it was due to the Government's latest announcement.

Kepa Harris had just $40 left to his name this morning and he's been unable to access his luggage as he waits, confused and hungry, in Sao Paulo's transit lounge in Brazil.

He says he was told by Qatar Airways the boarding denial was due to Megan Woods, the minister in charge of Covid-19 quarantine and isolation facilities, announcement yesterday morning that the Government would restrict seats on international flights for people wanting to return to New Zealand.

But when contacted, a spokeswoman for Woods' office today denied Harris's flight issues were anything to do with the announcement, while Air NZ confirmed his connecting flight from Sydney to NZ hadn't been cancelled.

Not sure what to do, Harris has been in touch with the NZ Embassy in Brazil who today gave him two nights accommodation in a hotel and $30 a day for food after which he will have to reapply for assistance. He was initially given $200 for food for three days.

Although nervous about how long he's stuck for, Harris couldn't help but laugh when comparing his situation to that out of Tom Hanks and The Terminal, based on the true story of Merhan Nasseri who lived in a French airport terminal for 16 years.

Harris went to visit a friend in Uruguay in February. He ended up getting stuck there because of Covid-19 and his return flight with Latam Airlines was cancelled in May.

His father then bought him a new ticket three weeks ago so he could get home and see his four children. He also had his job as a supervisor for a steel construction business waiting for him.

He flew out of Uruguay on Saturday bound for New Zealand. He had a two-day transit in Sao Paulo - he stayed in the transit lounge - and was due to fly to Doha with Qatar Airways today.

He was then flying to Sydney and on to New Zealand after a 15-hour transit. 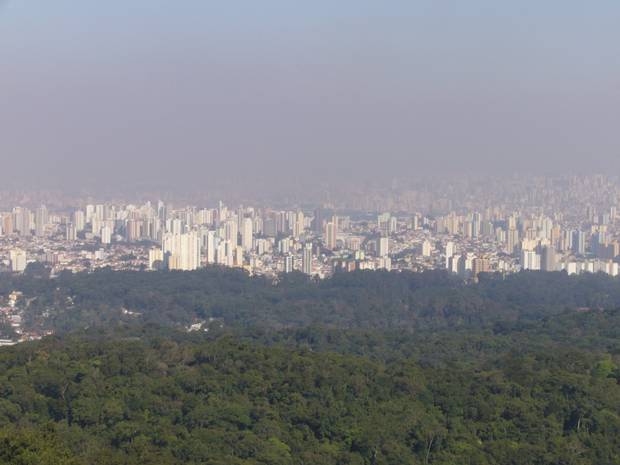 Overlooking Sao Paulo, Brazil, where Kiwi man Kepa Harris is currently stuck in its transit lounge after he was stopped from boarding his connecting flight back to New Zealand. Photo / File

Air New Zealand chief commercial and customer officer Cam Wallace said yesterday it had put a three-week hold on new bookings for international services landing in New Zealand after a request from the Government.

The airline was also looking at aligning daily arrivals with the capacity available at managed isolation facilities. This might mean some passengers would need to be moved to another flight.

However, when contacted today, an Air NZ spokeswoman said the flight from Sydney was still operating and Harris' situation was out of their hands.

"Yesterday's announcement hasn't resulted in the cancellation of any flights. We have also not cancelled any flights between Sydney and Auckland in recent days.

"We can see in our system that Mr Harris' ticket was purchased through Qatar Airways so I'm unable to comment on why he was denied boarding.

"We can also see this customer was due to fly on Air New Zealand flight NZ104 between Sydney and Auckland tomorrow – again this flight was booked through Qatar Airways.

"This flight has not been cancelled."

The airline said it was unsure why he would be denied boarding.

Harris said before leaving Uruguay he had been granted an exemption to quarantine in Sydney as his transit is 15 hours, longer than the nine hours allowed by the NSW Government.

The earliest flight back to New Zealand from Sao Paulo was August 10 - meaning he would have to spend just over a month in the transit lounge.

"I was just real annoyed. I saw Megan Woods say that Kiwis who did have a way home wouldn't face any problems but that's not the case."

He was this morning down to his last $40 and only ate a 6 inch Subway yesterday.

However, he was relieved to receive some financial assistance from the NZ Embassy and was now just hoping he won't have to live through his movie-like nightmare in Sao Paulo's transit terminal.

Ministry of Foreign Affairs and Trade and Woods have been approached for comment.