At least eight Bureau of Prisons staffers knew that strict instructions had been given not to leave multimillionaire sex offender Jeffrey Epstein alone in his cell, yet the order was apparently ignored in the 24 hours leading up to his death, according to people familiar with the matter.

The fact that so many prison officials were aware of the directive - not just low-level correctional officers, but supervisors and managers - has alarmed investigators assessing what so far appears to be a stunning failure to follow instructions, these people said, speaking on the condition of anonymity to discuss ongoing investigations. They declined to identify the eight.

Investigators suspect that at least some of these individuals also knew Epstein had been left alone in a cell before he died, and they are working to determine the extent of such knowledge, these people said, cautioning that the apparent disregard for the instruction does not necessarily mean there was criminal conduct.

The explanation, they said, could be simpler and sadder - bureaucratic incompetence spanning multiple individuals and ranks within the organisation.

"It's perplexing," said Robert Hood, a former warden at the federal Supermax prison in Florence, Colorado. "If people were given instructions that Epstein should not be left alone, I don't understand how they were not followed."

Hood, who also once served as the Bureau of Prisons' chief of internal affairs, said it was disconcerting that officials might have thought they were putting Epstein on a less intensive form of suicide watch.

"You're either on suicide watch or you're not. If you have any concern at all, you maintain the suicide watch," he said.

Epstein, 66, was found dead in his cell at the Metropolitan Correctional Centre during the early morning of August 10.

He had been held at the facility in Lower Manhattan for more than a month on sex trafficking charges that could have led to a prison sentence of as much as 45 years. He had pleaded not guilty, and the case was due to go to trial next year.

The New York's medical examiner has ruled the death a suicide - a finding not accepted by Epstein's lawyers, who said they are conducting their own investigation.

The death has prompted investigations and a leadership overhaul at the Bureau of Prisons, the federal agency that runs the jail. On Monday, Attorney General William Barr named Kathleen Hawk Sawyer its new director, having replaced the detention centre's warden days earlier.

The circumstances surrounding Epstein's death are being investigated by the FBI and the Justice Department's inspector general. 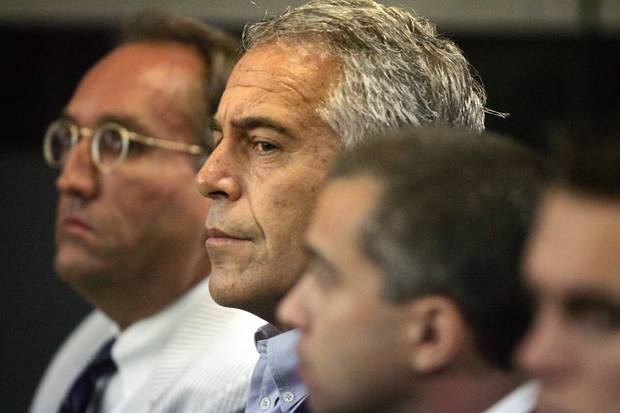 Jeffrey Epstein was on sex trafficking charges that could have led to a prison sentence of as much as 45 years. Photo / AP

Speaking Wednesday at an unrelated event in Dallas, Barr said that the investigation is "well along," adding "I think I'll soon be in a position to report to Congress and the public the results."

Barr said there had been some delays in the investigation "because a number of the witnesses were not cooperative. A number of them required having union representatives and lawyers."

He also said there were "serious irregularities at the centre. At the same time I have seen nothing that undercuts the finding of the medical examiner that this was a suicide."

The investigations already have found a troubling lack of follow-through by Bureau of Prisons personnel after a July 23 incident in which Epstein may have tried to kill himself, according to people familiar with them.

Epstein denied that, and told prison staff that he had been attacked - something Tartaglione denied.

Some MCC staff doubted Epstein's claim that he was attacked, suspecting instead that he either faked a suicide attempt or intended to take his own life, people familiar with the matter said.

Epstein was placed on suicide watch, but officials lifted those measures six days later, on July 29. On that day, MCC officials returned Epstein to a special housing unit known as Nine South - where officers were directed to check on him in his cell every 30 minutes. The other explicit condition of his removal from suicide watch was that Epstein would not be left alone in a cell, these people said. 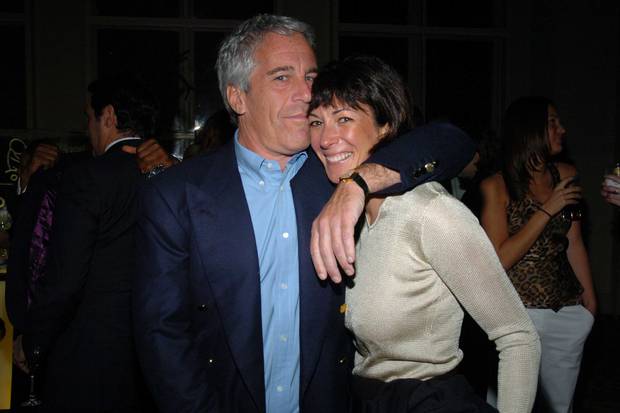 Jeffrey Epstein and Ghislaine Maxwell together in 2005. Photo / AP

That instruction was spelled out widely within the chain of command, people familiar with the matter said, and one of the issues investigators are trying to understand better is how so many people could have known of the instruction and still failed to enforce it.

Upon his return to the special housing unit, Epstein was placed in a cell with a suspect other than Tartaglione, according to people familiar with the case. Authorities have not identified that individual, who was moved out of the cell August 9. By the next morning, Epstein was dead.

Investigators are examining exactly why that cellmate was relocated, people familiar with the matter said, and why detention centre staff failed for several hours to make the required checks on Epstein every 30 minutes. He was found around 6:30am as breakfast was being delivered to inmates.

The head of the local union that represents MCC staffers did not respond to requests for comment. An FBI spokesman and a spokesman for the US attorney in Manhattan declined to comment.

The death of such a high-profile defendant has brought intense scrutiny to the Justice Department generally and the Bureau of Prisons specifically. Union officials have said such a suicide was inevitable, given long-term shortstaffing at the MCC and throughout the bureau, a situation that has led to employees working extensive overtime.

The two staffers assigned to check on Epstein the morning he died were both working overtime - one forced to do so by management, the other for his fourth or fifth consecutive day, the president of the local union has previously said.

Epstein's death has also raised fresh questions about whether the Justice Department again failed to take seriously the sexual abuse allegations against him.

In 2008, he pleaded guilty in Florida to state charges based on similar conduct, as part of an agreement with federal prosecutors that has been widely criticised as too lenient. That deal allowed Epstein to avoid being accused of federal crimes, and he ultimately spent 13 months in jail with flexible work-release privileges.

Its terms were approved by Alex Acosta, who was then the US attorney in Miami. Acosta served as President Donald Trump's labor secretary, though he resigned that post July 12 after Epstein's arrest raised new scrutiny of Acosta's handling of the previous case.

Meanwhile, the federal judge overseeing Epstein's case has ordered a hearing next week before he dismisses the charges against the deceased financier. The decision is somewhat unusual, but US District Court Judge Richard Berman said he would allow Epstein's alleged victims to speak at the hearing, as well as prosecutors and Epstein's lawyers.

In a court filing Wednesday, Berman said that since the defendant "died before any judgment has been entered against him, the public may still have an informational interest in the process by which the prosecutor seeks dismissal of an indictment."

Justice Department officials have pledged they will continue investigating, and could still bring charges against anyone found to have conspired with Epstein.