The leader of the Anglican church strongly criticised the British government's plan to put some asylum-seekers on one-way flights to Rwanda, saying "sub-contracting out our responsibilities" to refugees can't stand up to God's scrutiny.

Archbishop of Canterbury Justin Welby made the unusually direct political intervention in his Easter Sunday sermon, saying there are "serious ethical questions about sending asylum-seekers overseas".

He said "sub-contracting out our responsibilities, even to a country that seeks to do well, like Rwanda, is the opposite of the nature of God who himself took responsibility for our failures".

Speaking at Canterbury Cathedral in southeast England, Welby said that while "the details are for politics and politicians, the principle must stand the judgment of God – and it cannot".

The Archbishop of Canterbury has condemned the UK's Rwanda asylum seeker plan, questioning the ethics of “subcontracting out our responsibilities”, in his Easter sermon. pic.twitter.com/n5DimHoAJR

Britain and Rwanda announced Thursday that they had struck an agreement where some people arriving in the UK as stowaways on trucks or in small boats are sent 6400km to the East African country, where their asylum claims will be processed and, if successful, they will stay in Rwanda.

Prime Minister Boris Johnson's Conservative government says the plan will discourage people from making dangerous attempts to cross the English Channel, and put people-smuggling gangs who run the treacherous route out of business. More than 28,000 migrants entered the UK across the Channel last year, up from 8500 in 2020. Dozens have died, including 27 people in November when a single boat capsized.

Refugee and human rights groups called the plan inhumane, unworkable and a waste of taxpayers' money. The UN refugee agency said it was "contrary to the letter and spirit of the Refugee Convention". A group of people thought to be migrants are brought in to Dover, Kent, onboard a Border Force vessel following a small boat incident in the Channel. Photo / AP

"After all, there is in law no such thing as an illegal asylum-seeker," he said in an Eastern sermon at York Minster cathedral in northern England. "It is the people who exploit them that we need to crack down on, not our sisters and brothers in their need."

The deal – for which the UK has paid Rwanda £120 million pounds ($231m) upfront – leaves many questions unanswered, including its final cost and how participants will be chosen. The UK says children, and families with children, won't be sent to Rwanda. 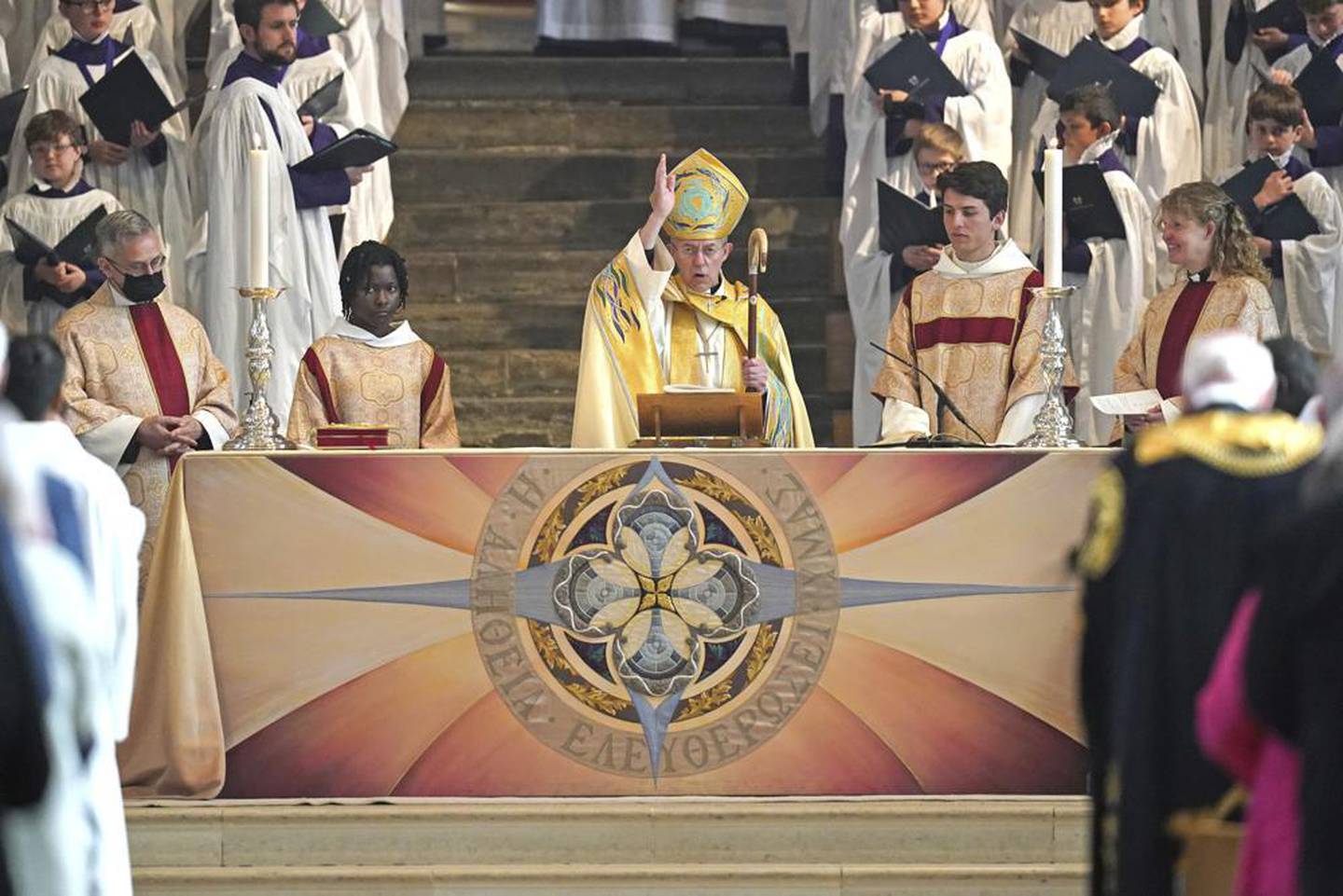 Senior civil servants in the Home Office, the government department responsible for immigration policy, raised concerns about the plan but were overruled by Home Secretary Priti Patel.

The Home Office said in a statement that Britain had settled hundreds of thousands of refugees from around the world.

"However, the world is facing a global migration crisis on an unprecedented scale and change is needed to prevent vile people smugglers putting people's lives at risk and to fix the broken global asylum system."

Alf Dubs, a Labour Party member of the House of Lords who came to Britain as a child refugee from the Nazis in 1939, said the plan was likely "a breach of the 1951 Geneva conventions on refugees". He said the Lords, Parliament's upper chamber, would challenge the move.

Johnson acknowledged Thursday that the plan would likely be challenged in court by what he called "politically motivated lawyers" out to "frustrate the government".

Political opponents accuse Johnson of using the headline-grabbing policy to distract attention from his political troubles. Johnson is resisting calls to resign after being fined by police for attending a party in his office in 2020 that broke coronavirus lockdown rules.