As supporters of Donald Trump stormed the US Capitol on January 6th, battling police and forcing lawmakers into hiding, an insurrection of a different kind was taking place inside the world's largest social media company.

Thousands of miles away, in California, Facebook engineers were racing to tweak internal controls to slow the spread of misinformation and inciteful content. Emergency actions — some of which were rolled back after the 2020 election — included banning Trump, freezing comments in groups with a record for hate speech, filtering out the "Stop the Steal" rallying cry and empowering content moderators to act more assertively by labelling the US a "Temporary High Risk Location" for political violence.

At the same time, frustration inside Facebook erupted over what some saw as the company's halting and often reversed response to rising extremism in the US.

"Haven't we had enough time to figure out how to manage discourse without enabling violence?" one employee wrote on an internal message board at the height of the January 6 turmoil. "We've been fuelling this fire for a long time and we shouldn't be surprised it's now out of control."

It's a question that still hangs over the company today, as Congress and regulators investigate Facebook's part in the January 6 riots.

New internal documents provided by former Facebook employee-turned whistleblower Frances Haugen provide a rare glimpse into how the company appears to have simply stumbled into the January 6 riot. It quickly became clear that even after years under the microscope for insufficiently policing its platform, the social network had missed how riot participants spent weeks vowing — on Facebook itself — to stop Congress from certifying Joe Biden's election victory.

The documents also appear to bolster Haugen's claim that Facebook put its growth and profits ahead of public safety, opening the clearest window yet into how Facebook's conflicting impulses — to safeguard its business and protect democracy — clashed in the days and weeks leading up to the attempted January 6 coup.

This story is based in part on disclosures Haugen made to the Securities and Exchange Commission and provided to Congress in redacted form by Haugen's legal counsel. The redacted versions received by Congress were obtained by a consortium of news organisations, including The Associated Press.

What Facebook called "Break the Glass" emergency measures put in place on January 6 were essentially a toolkit of options designed to stem the spread of dangerous or violent content that the social network had first used in the run-up to the bitter 2020 election. As many as 22 of those measures were rolled back at some point after the election, according to an internal spreadsheet analysing the company's response.

"As soon as the election was over, they turned them back off or they changed the settings back to what they were before, to prioritise growth over safety," Haugen said in an interview with 60 Minutes. 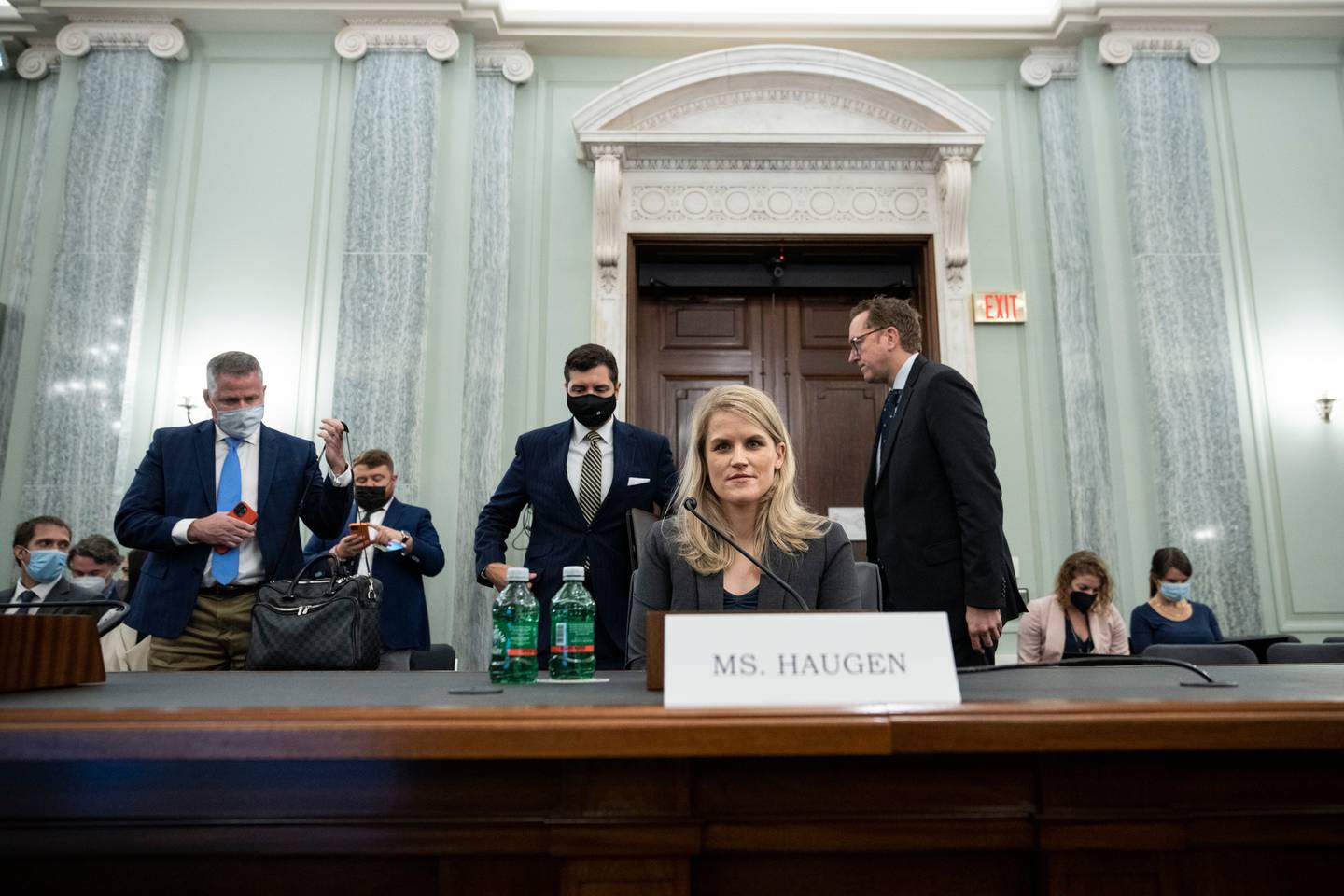 An internal Facebook report following January 6, previously reported by BuzzFeed, faulted the company for having a "piecemeal" approach to the rapid growth of "Stop the Steal" pages, related misinformation sources, and violent and inciteful comments.

Facebook says the situation is more nuanced and that it carefully calibrates its controls to react quickly to spikes in hateful and violent content, as it did on January 6. The company said it's not responsible for the actions of the rioters and that having stricter controls in place prior to that day wouldn't have helped.

Facebook's decisions to phase certain safety measures in or out took into account signals from the Facebook platform as well as information from law enforcement, said spokeswoman Dani Lever. "When those signals changed, so did the measures."

Lever said some of the measures stayed in place well into February and others remain active today.

Some employees were unhappy with Facebook's managing of problematic content even before the January 6 riots. One employee who departed the company in 2020 left a long note charging that promising new tools, backed by strong research, were being constrained by Facebook for "fears of public and policy stakeholder responses" (translation: concerns about negative reactions from Trump allies and investors).

"Similarly (though even more concerning), I've seen already built & functioning safeguards being rolled back for the same reasons," wrote the employee, whose name is blacked out. 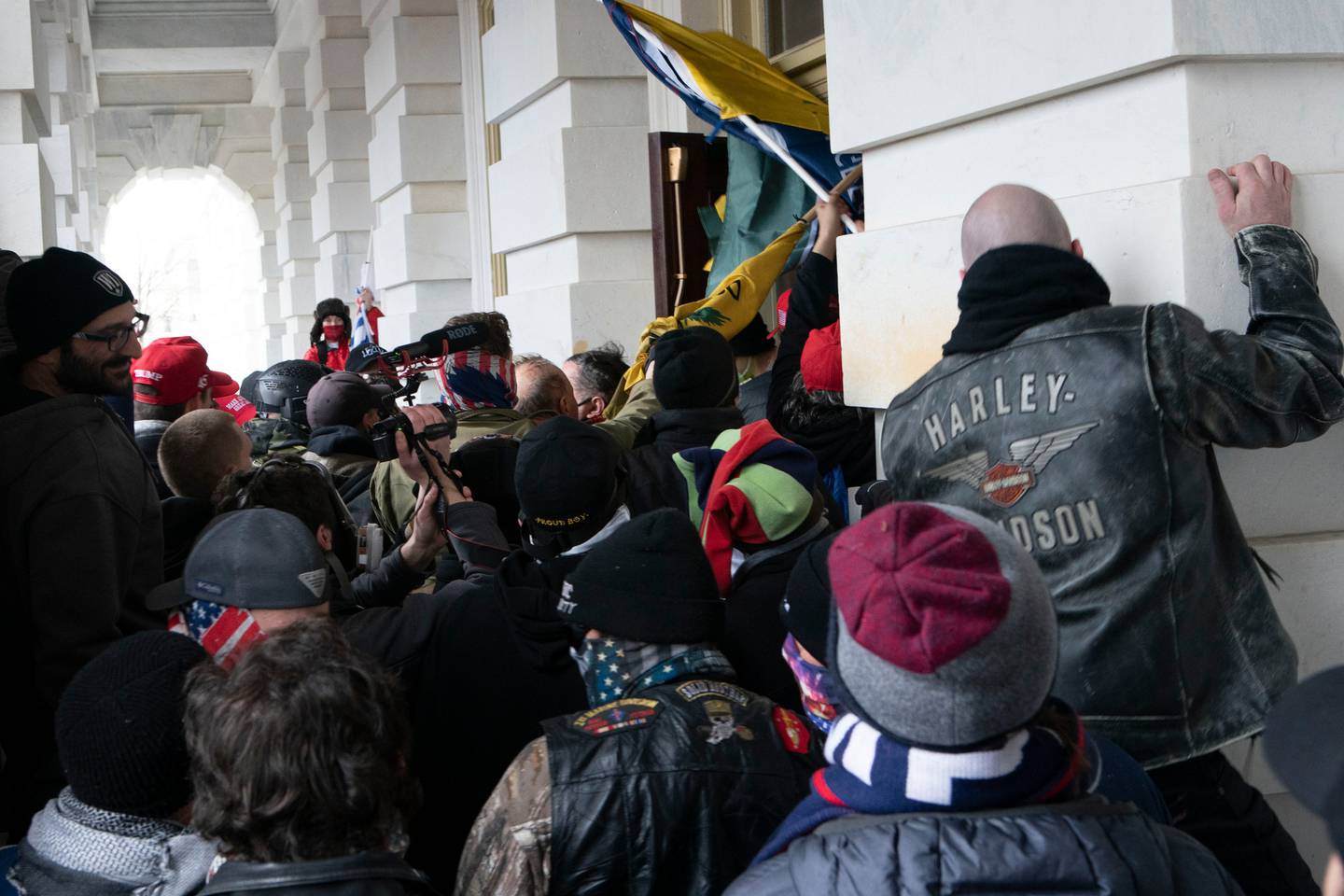 Insurrectionists loyal to Donald Trump try to break through a door of the US Capitol on January 6. Photo / AP

Research conducted by Facebook well before the 2020 campaign left little doubt that its algorithm could pose a serious danger of spreading misinformation and potentially radicalising users.

One 2019 study, entitled "Carol's Journey to QAnon—A Test User Study of Misinfo & Polarisation Risks Encountered through Recommendation Systems," described results of an experiment conducted with a test account established to reflect the views of a prototypical "strong conservative" — but not extremist — 41-year North Carolina woman. This test account, using the fake name Carol Smith, indicated a preference for mainstream news sources like Fox News, followed humour groups that mocked liberals, embraced Christianity and was a fan of Melania Trump.

Within a single day, page recommendations for this account generated by Facebook itself had evolved to a "quite troubling, polarising state," the study found. By day 2, the algorithm was recommending more extremist content, including a QAnon-linked group, which the fake user didn't join because she wasn't innately drawn to conspiracy theories.

A week later the test subject's feed featured "a barrage of extreme, conspiratorial and graphic content," including posts reviving the false Obama birther lie and linking the Clintons to the murder of a former Arkansas state senator. Much of the content was pushed by dubious groups run from abroad or by administrators with a track record for violating Facebook's rules on bot activity.

Those results led the researcher, whose name was redacted by the whistleblower, to recommend safety measures running from removing content with known conspiracy references and disabling "top contributor" badges for misinformation commenters to lowering the threshold number of followers required before Facebook verifies a page administrator's identity.

Among the other Facebook employees who read the research the response was almost universally supportive.

"Hey! This is such a thorough and well-outlined (and disturbing) study," one user wrote, their name blacked out by the whistleblower. "Do you know of any concrete changes that came out of this?"

Facebook said the study was one of many examples of its commitment to continually studying and improving its platform. 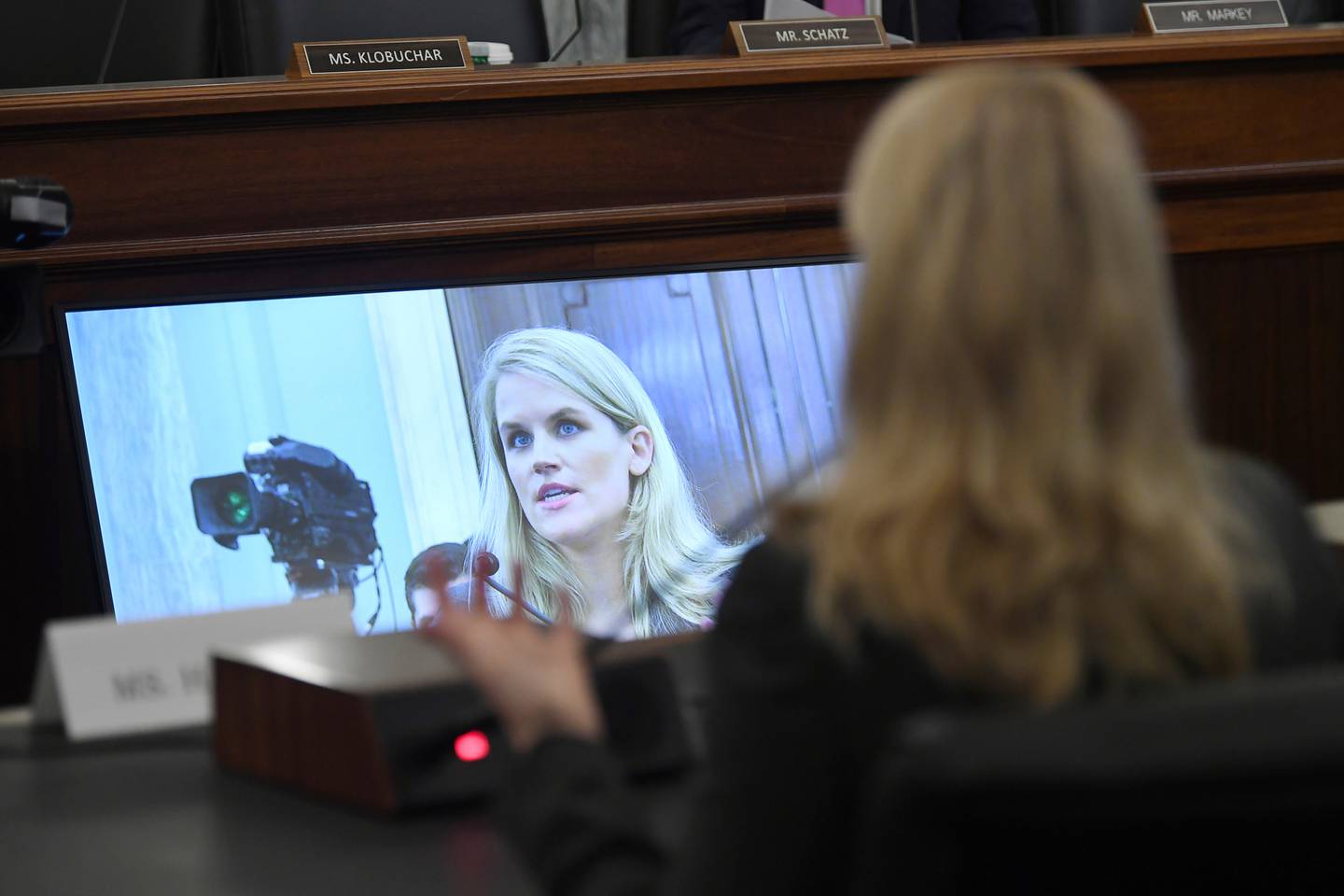 Another study turned over to congressional investigators, titled "Understanding the Dangers of Harmful Topic Communities," discussed how like-minded individuals embracing a borderline topic or identity can form "echo chambers" for misinformation that normalises harmful attitudes, spurs radicalisation and can even provide a justification for violence.

Examples of such harmful communities include QAnon and, hate groups promoting theories of a race war.

"The risk of offline violence or harm becomes more likely when like-minded individuals come together and support one another to act," the study concludes.

Charging documents filed by federal prosecutors against those alleged to have stormed the Capitol have examples of such like-minded people coming together.

Prosecutors say a reputed leader in the Oath Keepers militia group used Facebook to discuss forming an "alliance" and coordinating plans with another extremist group, the Proud Boys, ahead of the riot at the Capitol.

"We have decided to work together and shut this s—t down," Kelly Meggs, described by authorities as the leader of the Florida chapter of the Oath Keepers, wrote on Facebook, according to court records.