At a busy market in a poor township outside Harare this week, Nyasha Ndou kept his mask in his pocket as hundreds of other people, mostly unmasked, jostled to buy and sell fruit and vegetables displayed on wooden tables and plastic sheets. As in much of Zimbabwe, here the coronavirus is quickly being relegated to the past, as political rallies, concerts and home gatherings have returned.

"Covid-19 is gone, when did you last hear of anyone who has died of Covid-19?" Ndou said. "The mask is to protect my pocket," he said. "The police demand bribes so I lose money if I don't move around with a mask." Earlier this week, Zimbabwe recorded just 33 new Covid-19 cases and zero deaths, in line with a recent fall in the disease across the continent, where World Health Organisation data show that infections have been dropping since July.

When the coronavirus first emerged last year, health officials feared the pandemic would sweep across Africa, killing millions. Although it's still unclear what Covid-19's ultimate toll will be, that catastrophic scenario has yet to materialise in Zimbabwe or much of the continent. 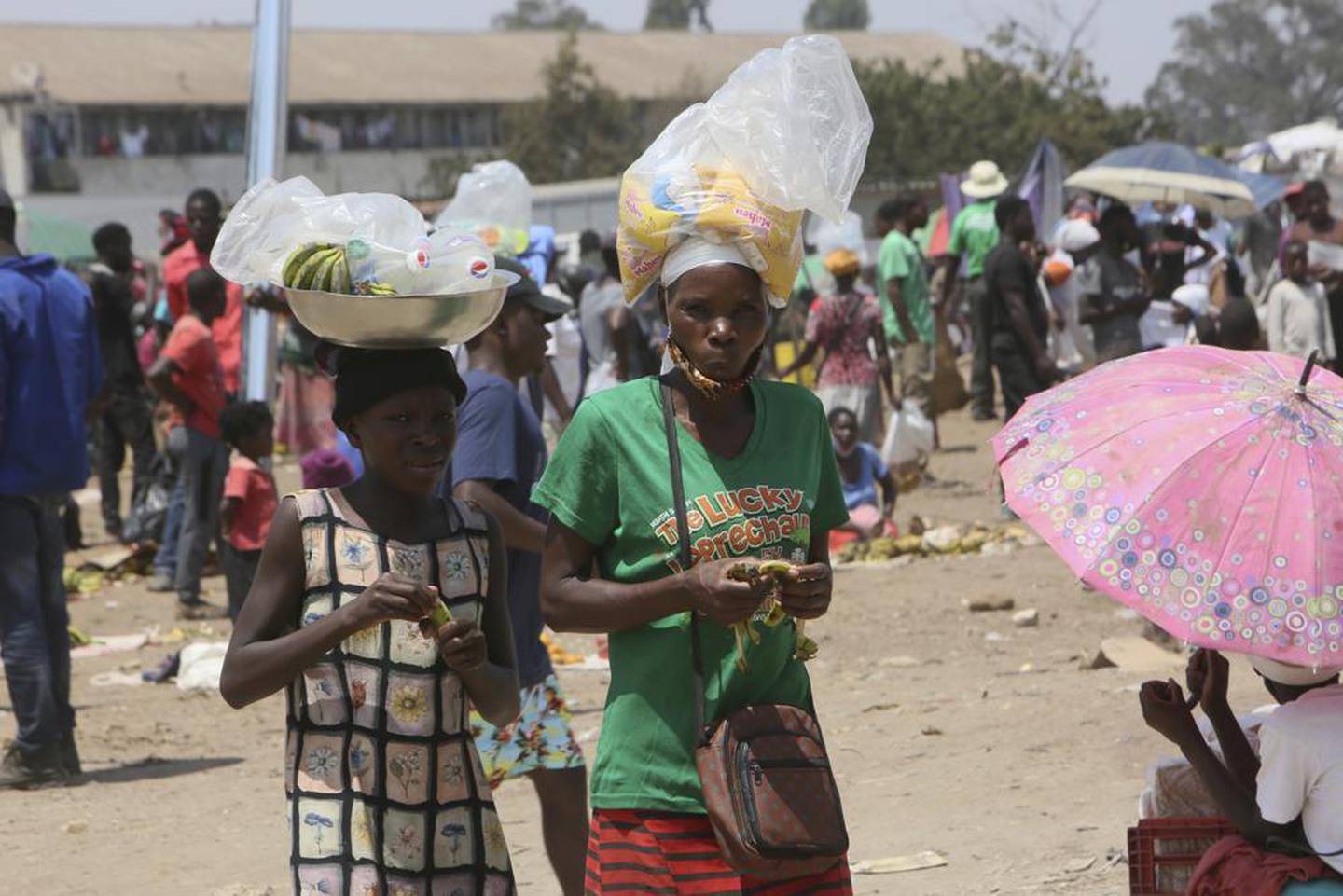 A woman and her daughter sell refreshments at a busy market on the outskirts of the capital Harare on Monday, November 15 this year. Photo / AP

But there is something "mysterious" going on in Africa that is puzzling scientists, said Wafaa El-Sadr, chair of global health at Columbia University. "Africa doesn't have the vaccines and the resources to fight Covid-19 that they have in Europe and the US, but somehow they seem to be doing better," she said.

Fewer than 6 per cent of people in Africa are vaccinated. For months, the WHO has described Africa as "one of the least affected regions in the world" in its weekly pandemic reports.

Some researchers say the continent's younger population - the average age is 20 versus about 43 in Western Europe — in addition to their lower rates of urbanisation and tendency to spend time outdoors, may have spared it the more lethal effects of the virus so far. Several studies are probing whether there might be other explanations, including genetic reasons or past infection with parasitic diseases. 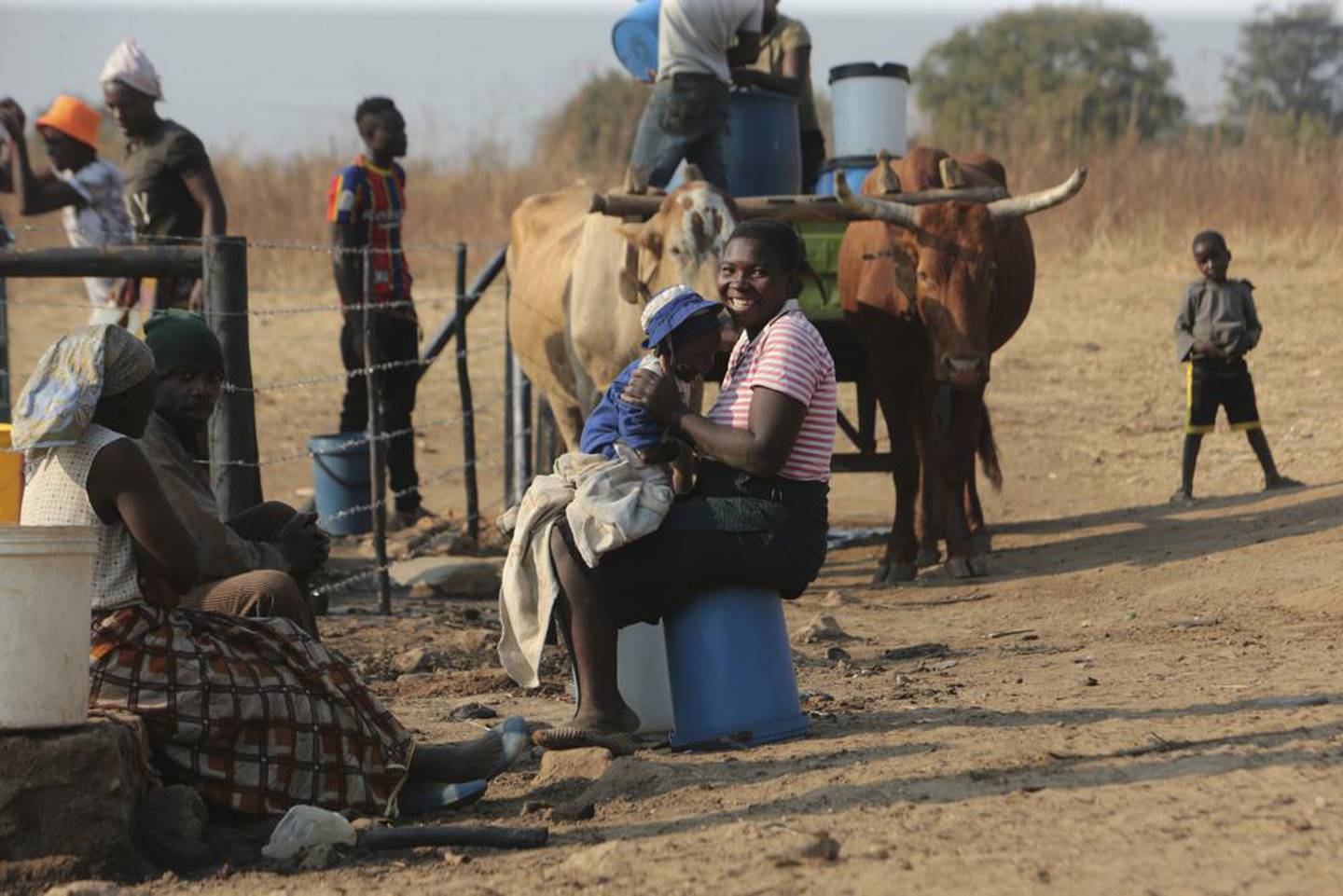 A woman smiles while playing with her baby at a water point on the outskirts of the capital Harare on Sunday, November 14 this year. Photo / AP

On Friday, researchers working in Uganda said they found Covid-19 patients with high rates of exposure to malaria were less likely to suffer severe disease or death than people with little history of the disease.

"We went into this project thinking we would see a higher rate of negative outcomes in people with a history of malaria infections because that's what was seen in patients co-infected with malaria and Ebola," said Jane Achan, a senior research adviser at the Malaria Consortium and a co-author of the study. "We were actually quite surprised to see the opposite — that malaria may have a protective effect."

Achan said this may suggest that past infection with malaria could "blunt" the tendency of people's immune systems to go into overdrive when they are infected with Covid-19. The research was presented on Friday at a meeting of the American Society of Tropical Medicine and Hygiene.