Afghanistan's first official day under Taliban rule in nearly two decades has been marked with brutality, fear and violence.

According to reports, officials in the new regime have been killing individuals as the Taliban vow to impose a strict Islamic way of life now that foreign forces have left Afghanistan.

Hours after the US withdrew, Taliban members were going door to door in Kabul and executing people, a senior US official told Fox News.

This is despite the Taliban previously telling the world there would not be violence or revenge against Afghans who supported or worked with foreign forces or the former Afghan government.

"We hope that Afghanistan will not be invaded again, that it will be rebuilt, remain independent, and that a holy Islamic system will rule," Taliban spokesman Zabiullah Mujahid, said according to the Wall Street Journal.

But terrifying footage has since emerged of the door-to-door killings, with audio detailing the ruthless lengths Taliban soldiers are going to.

In the footage, multiple rapid gunshots are heard from nearby properties.

While it is unclear who the victims are, there are fears the Taliban are targeting those who worked with US forces.

A Politico report confirmed by Fox News said US officials gave the Taliban a list of American citizens, green card holders and Afghan allies in a bid to grant them entry to Kabul airport. 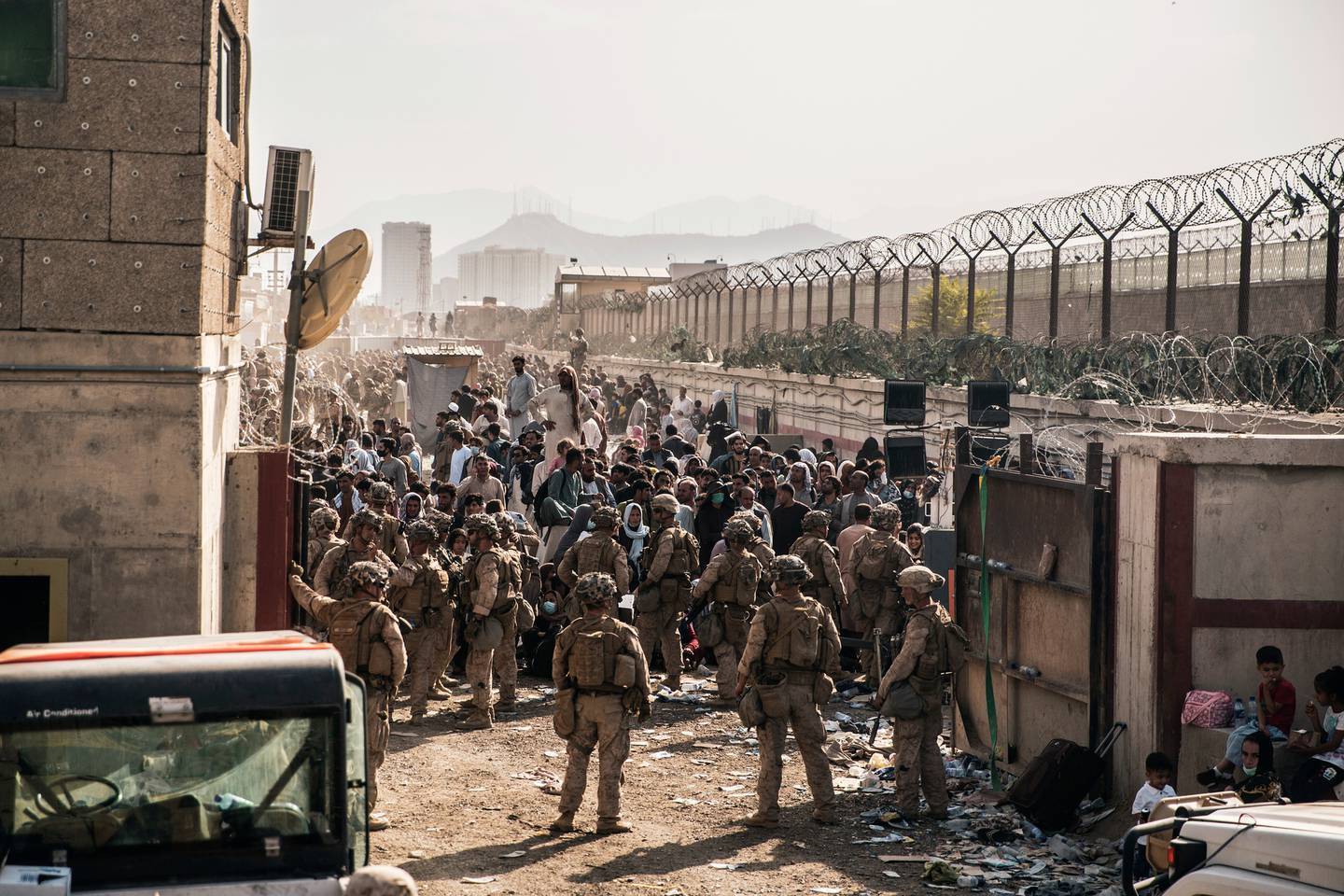 US soldiers try to control the crowds outside Kabul's airport. Photo / AP

President Joe Biden has acknowledged that "there may have been" such a list.

"Basically, they just put all those Afghans on a kill list," one defence official told Politico.

But the killings started weeks ago, according to a high-ranking US Army Ranger.

The former translator said the Taliban started executing allies of the US in public in provinces outside of Kabul.

"They are not doing really bad stuff in Kabul right now because there's a lot of media focus on Kabul, but they already started public execution in other provinces where a lot of media is not available or covering it," the interpreter told Fox News.

Women and LGBT people are also being targeted by the Taliban. According to a report by the UK's ITV, two Taliban members pretended to befriend a gay man, claimed to be able to help him escape the country, and then lured him to a location where they beat and raped him. 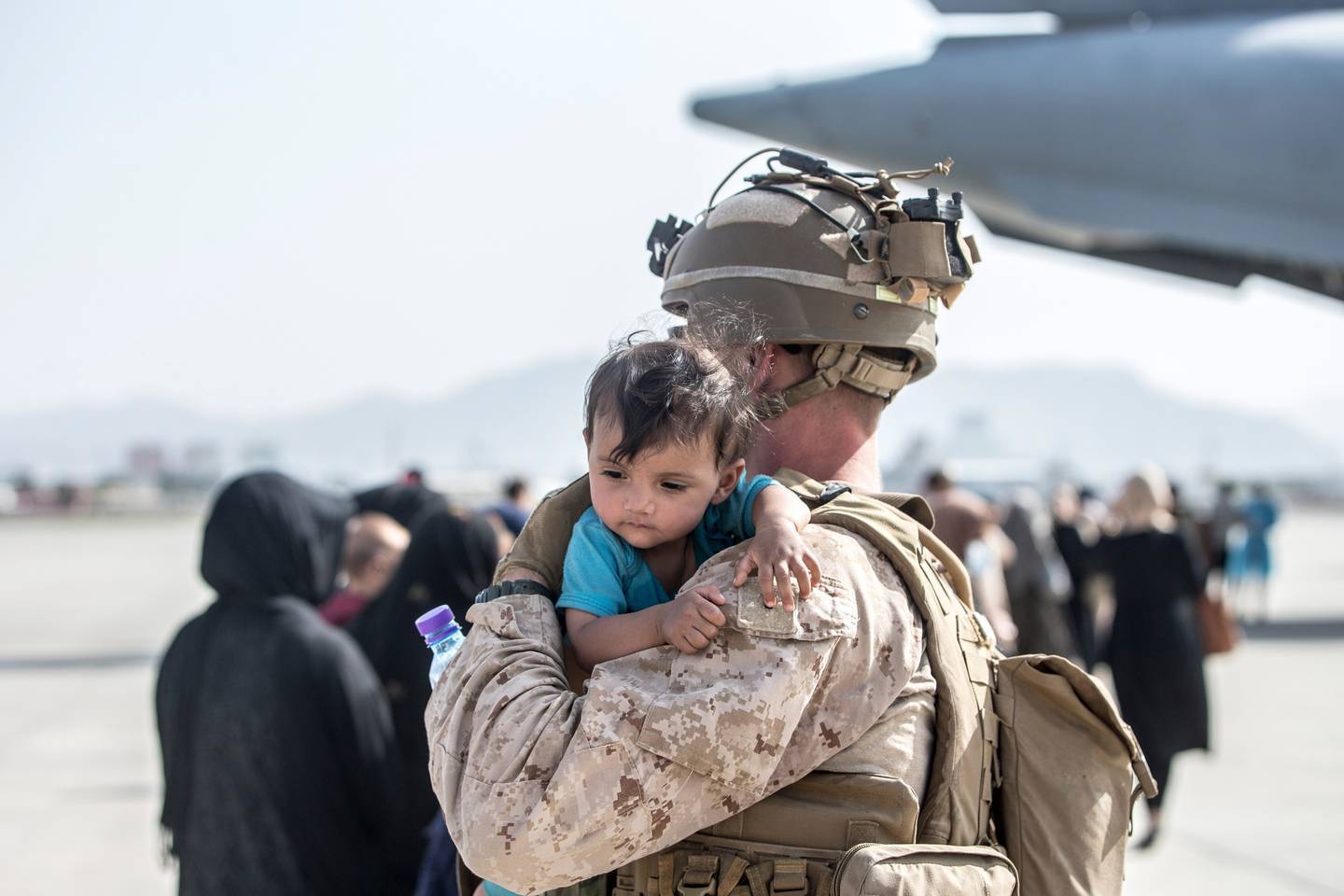 A US Marine calms an infant during an evacuation at Hamid Karzai International Airport in Kabul, Afghanistan. Photo / US Marine Corps via AP

"My friends in Afghanistan are scared, they don't know what will happen to them in the future so they're just trying to hide," LGBT activist Artemis Akbary told the outlet.

It comes after the Taliban warned women to stay at home and not to go to work claiming it was for their own safety.

That is in direct contradiction to their previous statements where they claimed women would still be allowed to go to work.

Now there are reports many are being used as sex slaves and sold off into forced marriages.

Activist and former Afghan judge Najla Ayoubi said in an interview with Sky News that in recent weeks young women were "being shipped into neighbouring countries in coffins to be used as sex slaves", and that families were being coerced into marrying off young daughters to Taliban fighters.