Researchers have made the startling discovery that Adelaide is at risk of an earthquake 30 times more powerful than the devastating 2011 Christchurch disaster that killed 139 people.

Experts from Geoscience Australia, the University of Melbourne and the Seismology Research Centre recently excavated two large trenches along the Willunga fault, located just south of the city, and uncovered evidence of huge quakes that predate local records.

"We calculate the 55km active length of this fault could potentially host an earthquake as large as magnitude 7.2," geologist Dr Dan Clark told Adelaide Now. 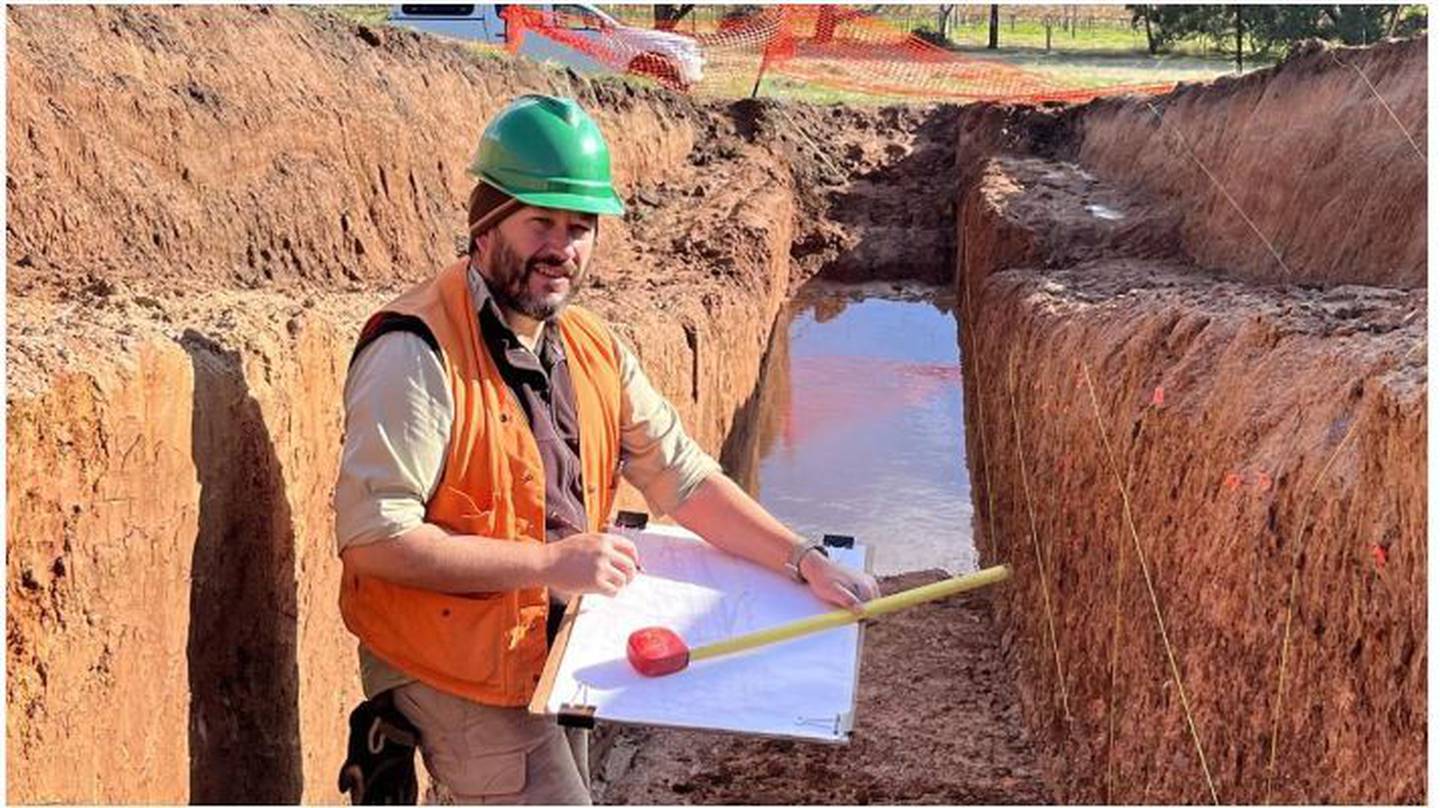 Dr Dan Clark on site at the dig outside the Adelaide city centre. Photo / Geoscience Australia

"An earthquake of this size would involve approximately 30 times the energy released by the earthquake that devastated Christchurch."

Adelaide is one of the most seismically active areas in Australia, straddling two major faults; the Para Fault, running under the CBD, and Eden Fault which sits underneath the eastern suburbs.

10 quakes exceeding the "minor" level of 3.0 on the Richter scale have occurred within 150km of the city in the past decade, the largest of which struck in March when a 3.7 tremor was recorded at Mt Barker. Headlines from Adelaide newspaper The News on March 1, 1954.

Despite most Australians having rarely experienced an earthquake in their lives, the country experiences "moderate" tremors above 5.0 once every one to two years, with one "strong" tremor clocking above 6.0 occurring once every decade on average.

"Earthquakes are very unpredictable though – we could get one in the Blue Mountains in NSW for example next week."

Pascale noted that modern buildings in Australia were made to deal with moderate tremors, but there was still "plenty" of stock that wasn't earthquake resistant – as seen by the slew of tremors that struck Victoria last year. "There's a lot of infrastructure in our major cities that isn't quake-resistant," he warned, adding that the cities of Perth, Melbourne and, of course, Adelaide were "chief candidates" for more "shaking" in the years to come.

The largest quake nationally on record was a 6.6 shake, occurring near Tennant Creek in the Northern Territory in 1988.

While buildings and infrastructure were damaged at the time, no lives were lost.

In the recent Adelaide dig researchers studied layers of sediment displaced by past tremors to estimate the potential magnitude of future quakes and found there was a minor but very real risk of a "big one" hitting in the future.

However, Clark urged people not to worry, noting that a massive quake "might occur once every few tens of thousands of years".

"A magnitude 6.2 of the size of the Christchurch earthquake, for instance, might happen every thousand years or every few thousand years," he said.

He did warn though that moderate shakes similar to Adelaide's famous 1954 tremor, which saw three people seriously injured and more than 3000 buildings damaged in a 5.4 quake, could be as frequent as once a century.

"We haven't seen in most places in Australia the largest earthquakes that can be generated," Clark said. 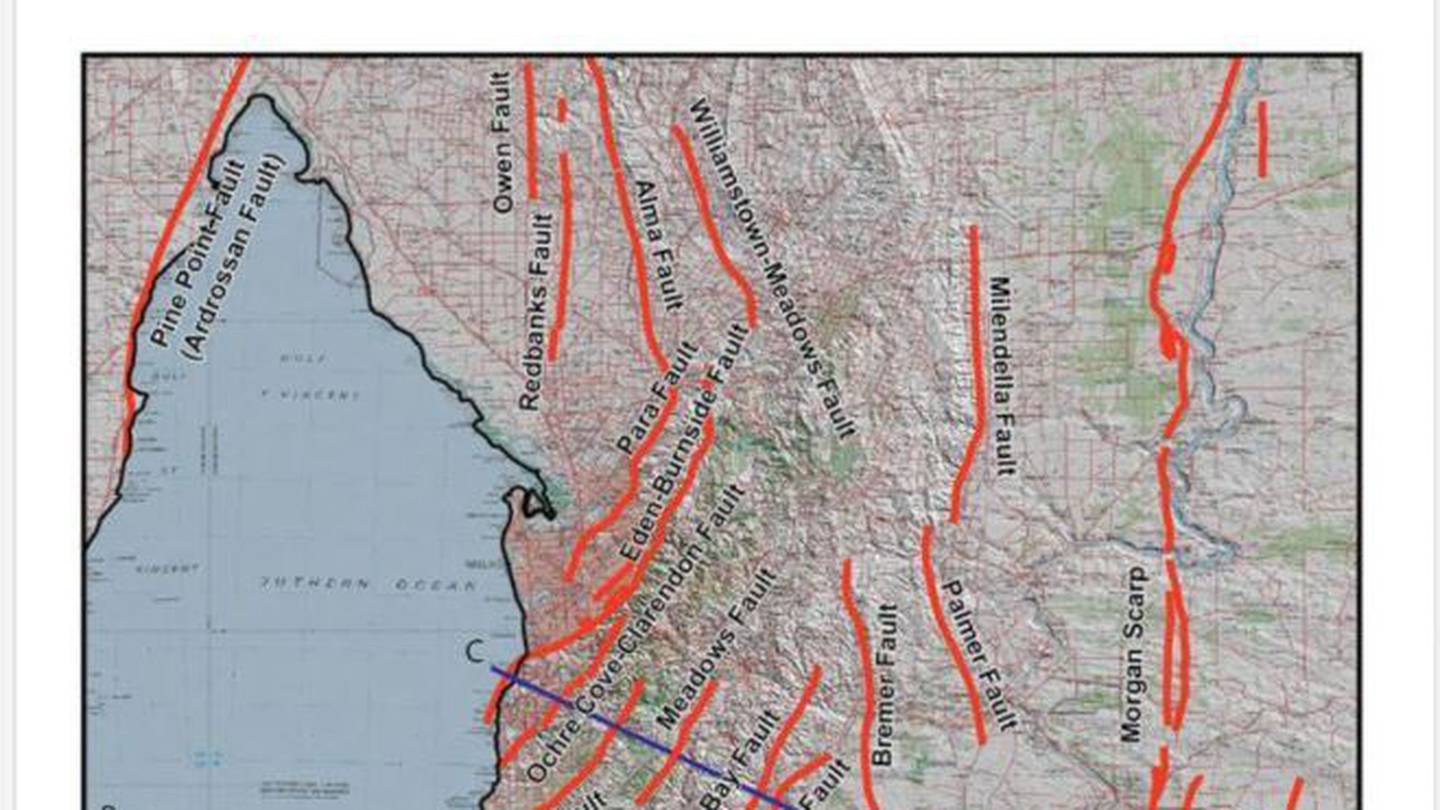 "Critical infrastructure, facilities and the community, in general, should be prepared for these events, even if they are very infrequent."

Clark noted that the new research was "an advance" of what was known about the vulnerability Australians had to future quakes.