South African police are investigating the deaths of at least 21 people at a nightclub in the coastal town of East London - most minors as young as 13 years old.

It is unclear what led to the deaths of the young people, who were reportedly attending a party to celebrate the end of winter school exams.

Local newspaper Daily Dispatch reported that bodies were strewn across tables and chairs without any visible signs of injuries.

"At this point we cannot confirm the cause of death," said health department spokesperson Siyanda Manana. "We are going to conduct autopsies as soon as possible to establish the probable cause of death."

Police minister Bheki Cele said the victims' ages ranged from 13 to 17, raising questions about why the teenagers were being served alcohol. 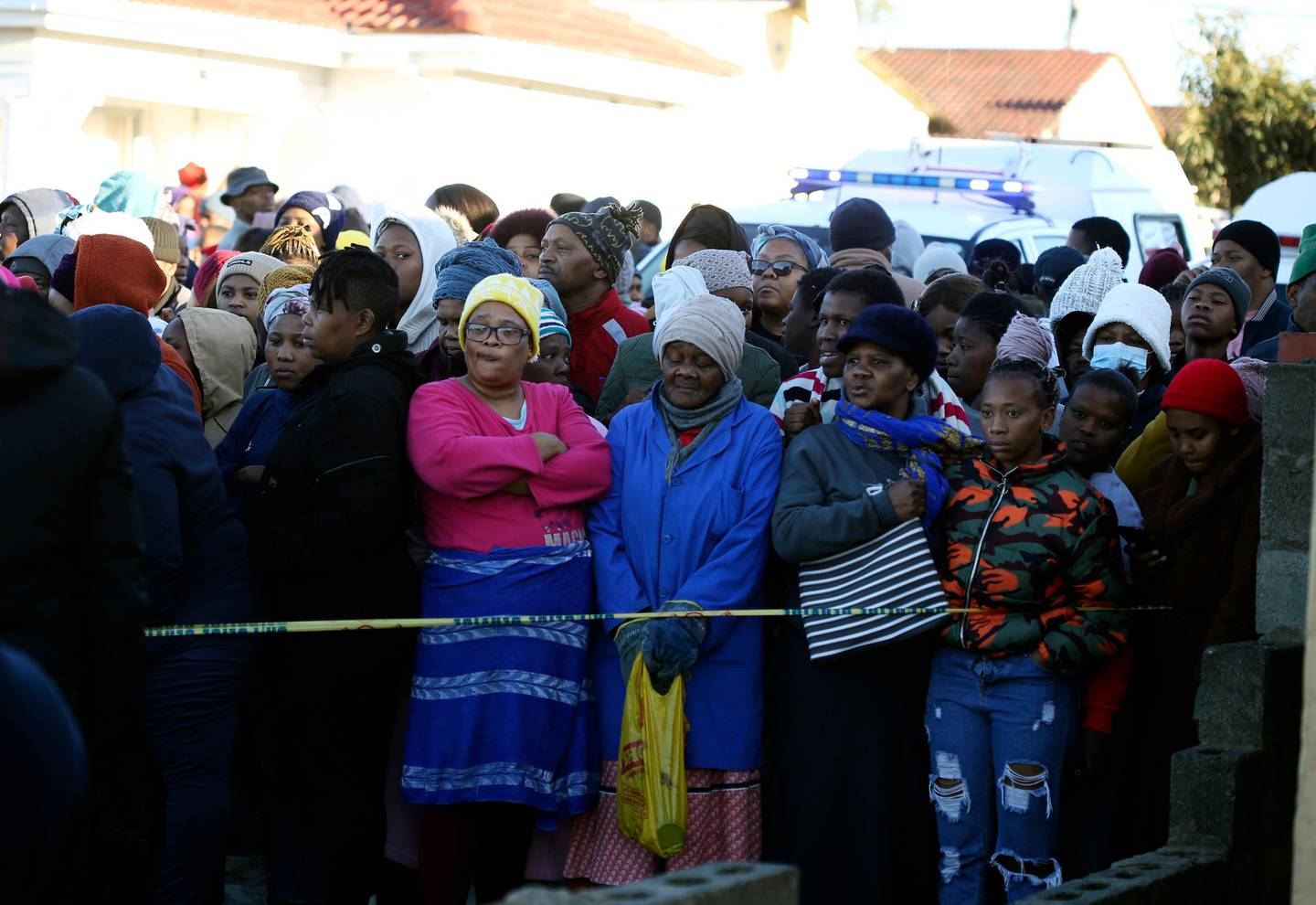 People stand behind a police cordon outside the nightclub. Photo / AP

President Cyril Ramaphosa expressed condolences to the families of those who died.

"The President is, however, concerned about the reported circumstances under which such young people were gathered at a venue which, on the face of it, should be off limits to persons under the age of 18," Ramaphosa said in a statement.

The owner of the club, Siyakhangela Ndevu, told local media he was called to the scene early on Sunday morning.

"I am still uncertain about what really happened, but when I was called in the morning I was told the place was too full and that some people were trying to force their way into the tavern," he said. "However, we will hear what the police say about the cause of death."