Nineteen people, including 9 children, have been killed in an apartment fire in New York City, in what the city's fire commissioner called one of the worst blazes in recent memory.

Stefan Ringel, a senior adviser to Mayor Eric Adams, confirmed the death toll Sunday to AP, while a city official who was not authorised to speak publicly confirmed the number of children dead.

More than five dozen people were injured and 13 people were still in critical condition in the hospital, Ringel said. The majority of victims were suffering from severe smoke inhalation, FDNY Commissioner Daniel Nigro said at a press conference earlier that afternoon. Ladders are seen erected beside the apartment building where a fire occurred in the Bronx on Sunday, Jan. 9, 2022, in New York. Photo / AP

According to the FDNY, approximately 200 firefighters responded to the scene at the Bronx's Twin Park apartments, a 19-story building on East 181st Street. 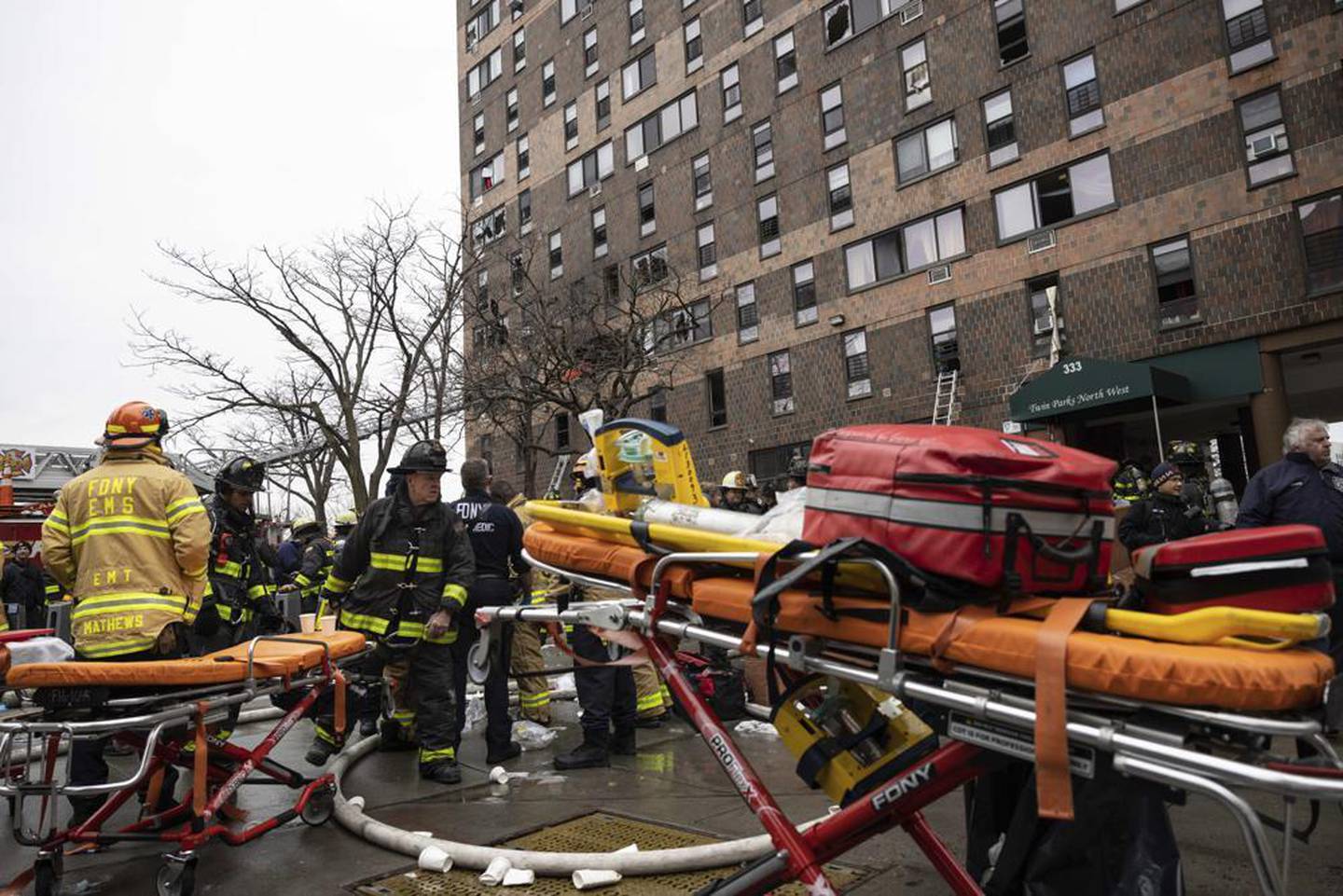 Firefighters and NYPD officers work outside an apartment building after a fire in the Bronx. Photo / AP

Firefighters "found victims on every floor and were taking them out in cardiac and respiratory arrest", Nigro said. "That is unprecedented in our city. We expect there to be numerous fatalities."

Nigro compared the severity of the fire to the Happy Land social club fire, which killed 87 people in 1990 when a man set fire to the building after getting into an argument with his former girlfriend and being thrown out of the club. A curtain hangs outside a window at an apartment building in the Bronx on Sunday, Jan. 9, 2022, in New York, where a fatal fire occurred. Photo / AP

According to Nigro, Sunday's fire originated in a duplex apartment spanning the second and third floors. Firefighters found the door to the apartment open, he said, which apparently allowed the fire to accelerate and spread smoke upward quickly. 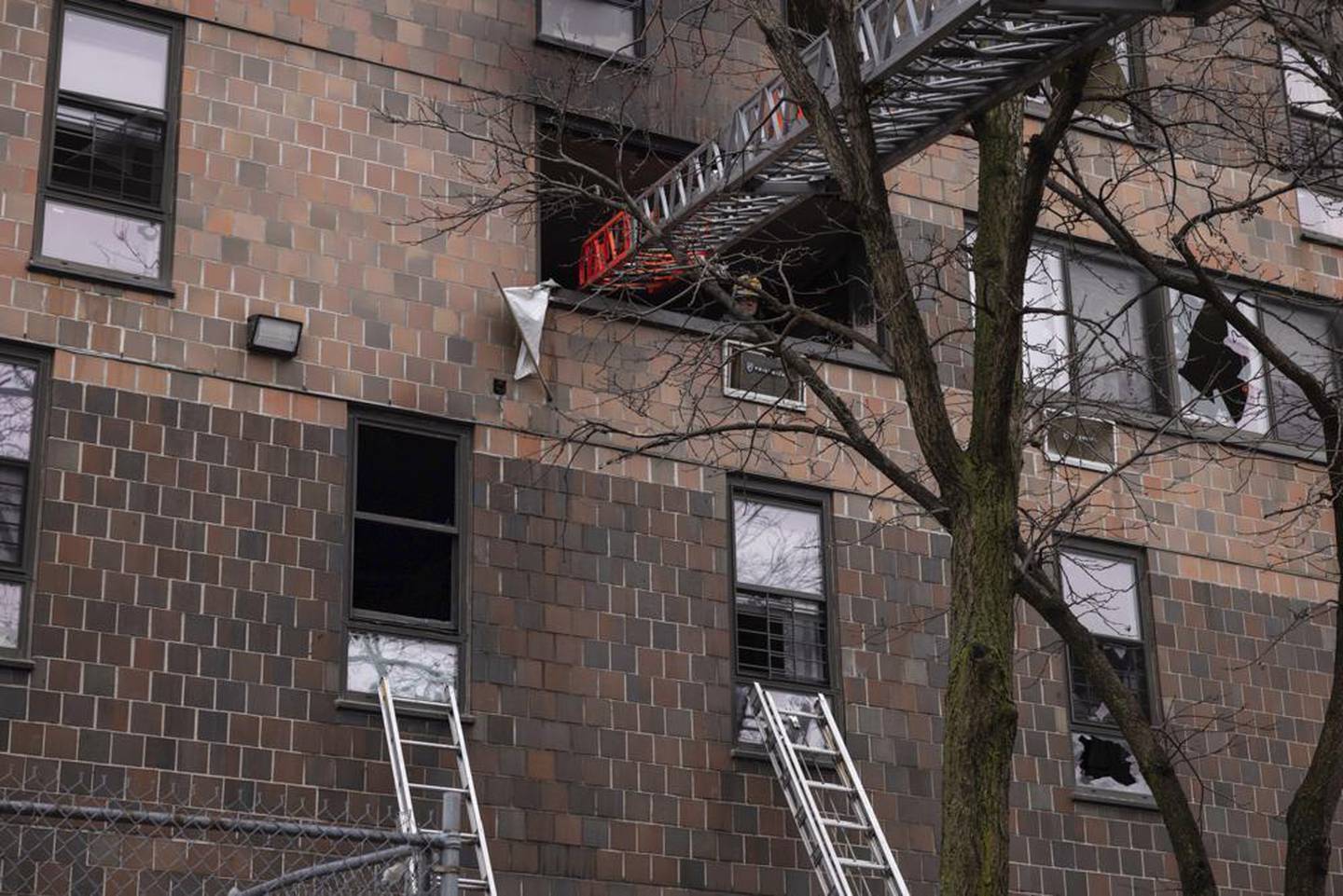 Ladders are seen erected beside the apartment building in the Bronx after a fire occurred on Sunday, Jan. 9, 2022. Photo / AP

The fire is not believed to be suspicious in origin but the cause is under investigation.