Spotify has come under fire for discreetly removing more than 113 episodes of the Joe Rogan Experience while publicly defending the outspoken broadcaster's right to free speech.

The filleting of his content was spotted on social media, reigniting the controversy triggered by the decision of Neil Young and Joni Mitchell to remove their music from the platform in protest at a Joe Rogan Podcast which they said featured Covid-19 misinformation.

Addressing Spotify staff at a company town hall, Ek said: "We're not in the business of dictating the discourse that these creators want to have on their shows."

Behind the scenes, however, the company has taken down scores of episodes according to the website JREMissing.

The decision prompted accusations the platform was imposing censorship by stealth.

Many were recorded before the latest Covid-19 controversy, which erupted after 270 scientists and doctors accused the 54-year-old UFC commentator of pushing disinformation in his broadcasts attacking vaccine mandates. UFC commentator Joe Rogan announces the fighters during a ceremonial weigh in for UFC 264 at T-Mobile Arena in July, 2021 in Las Vegas, Nevada. Photo / Getty Images

The latest batch of more than 70 episodes was taken down on Friday.

The eclectic group of @joerogan guests who were pulled from Spotify just shows you this censorship shit isn’t about left or right. It’s about an authoritarian push for complete control over speech. They hate Rogan bc he’s not controlled by corporate media.

They included interviews with a raft of show business stars who have generated controversy.

Among them was Amy Schumer, a comedienne who was accused of racism in 2016 for her parody video of Beyoncé.

Another comedian to fall foul of Spotify's censors was Bill Burr who used a monologue on Saturday Night Live – a long-running comedy show to accuse white women of hijacking "the woke movement".

Andy Dick, also a comedian, was dropped. Last November he was reportedly arrested on domestic violence charges in Los Angeles.

Singer Maynard J Keenan was accused by an anonymous fan of raping her when she was 17 – an allegation which he vehemently denied describing it as "despicable" and damaging the #metoo movement.

Another episode to have been pulled featured an interview with Iliza Shlesinger whose sexually explicit content and attacks on other comedians generated controversy.

Other episodes are believed to have been yanked because of offensive language including the use of the "n-word" and terms denigrating the disabled.

However, neither Rogan nor Spotify have responded to requests for an explanation.

Over the weekend Rogan sought to defuse at least some of the controversy by apologising for the use of racially offensive language in earlier episodes. 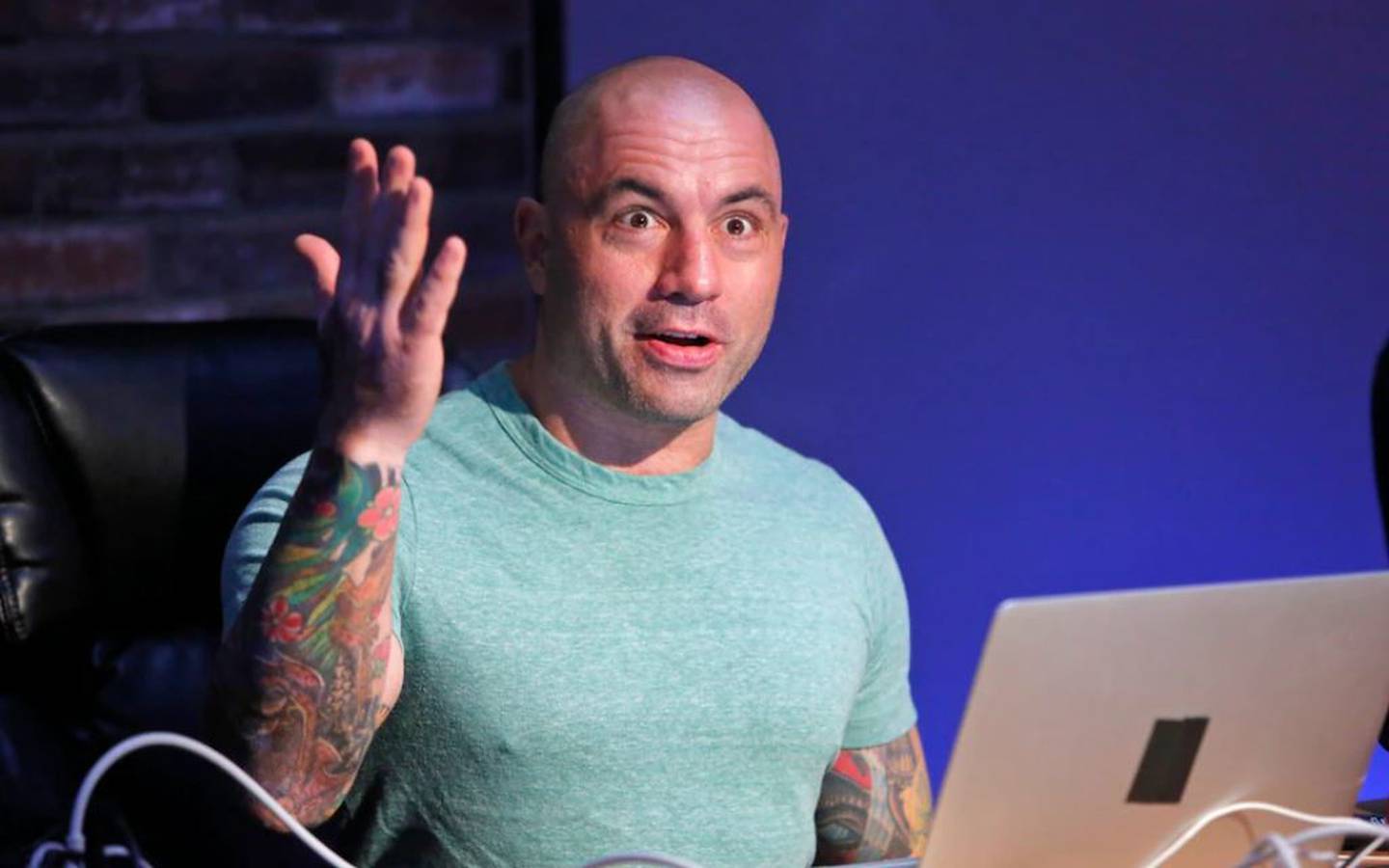 He posted an Instagram video admitting that clips, compiled by the singer, Indie.Arie – a singer who has also removed her content from Spotify – looked "horrible even to me".

However, he added that the clips from 12 years of broadcasts had been "taken out of context" – for example coming from discussions about how the offensive language had been used by black comedians including Richard Pryor.

Nobody has stronger opinions about Joe Rogan than people who have never listened to Joe Rogan.

Defending the spontaneity of the show, Rogan added: "My pledge to you is that I will do my best to try to balance out these more controversial viewpoints with other people's perspectives so we can maybe find a better point of view."

Conservatives rallied to the defence of Rogan over the weekend.

Commentator, Ben Shapiro, tweeted: "Nobody targeting Joe Rogan right now gives two damns about anything he's said in the past.

"This is all just an opportunity for activists to destroy a guy who doesn't carry water for those with institutional power, and whose audience dwarfs their own. It is that simple."

Author Rebekah Koffler said the censoring of Joe Rogan was a "tactic right out of old Soviet Union".

In a comment piece in the New York Post, she rounded on "the benevolent authoritarians want to 'protect' you from the bad influence of the Rogan type 'rogues'."

Broadcaster Krystal Ball tweeted the decision: "just shows you this censorship shit isn't about left or right. It's about an authoritarian push for complete control over speech. They hate Rogan bc he's not controlled by corporate media."

In Canada, meanwhile, GoFundMe faced a backlash over its decision to block donations to the "freedom convoy" of truckers protesting against the country's Covid-19 restrictions.

The decision of the crowdfunding site to prevent users giving to protest organisers was described by author Jordan B Peterson as the "worst act of corruption" in Canada's recent history. Truckers and supporters depart on a cross-country convoy destined for Ottawa to protest a federal vaccine mandate for truckers, in Delta, British Columbia, Canada. Photo / AP

The rest of the money would be refunded to donors who filled out a request form or distributed to charities.

It added that while the protests had been peaceful at the outset, they had turned violent and as a result had violated the terms of service.

"We now have evidence from law enforcement that the previously peaceful demonstration has become an occupation, with police reports of violence and other unlawful activity," GoFundMe added.

Another platform, GiveSendGo said it would step into the breach and accept donations to the convoy.