The first details have been revealed of a $350 million package to improve connections for public transport, walking and cycling in the central city and suburban centres in Wellington.

The City Streets package is a part of the mega $6.4 billion Let's Get Wellington Moving (LGWM) transport plan that includes removing private vehicles from the Golden Mile, a second Mt Victoria and mass rapid transit.

An indicative business case for City Streets, released this month, identified 19 routes into the city for improvements to be made.

In the recommended package public transport gets the largest slice of the pie with $250m to improve mode share.

The recommended package is expected to increase public transport patronage by 4000 trips a day. It's predicted there will be 3000 more cycling trips a day too.

The plan will improve more than 12km of walking infrastructure and reduce CO2 emissions by 1000 tonnes annually.

The package also has the potential to reduce the 10-year social cost of injuries by
$296m. 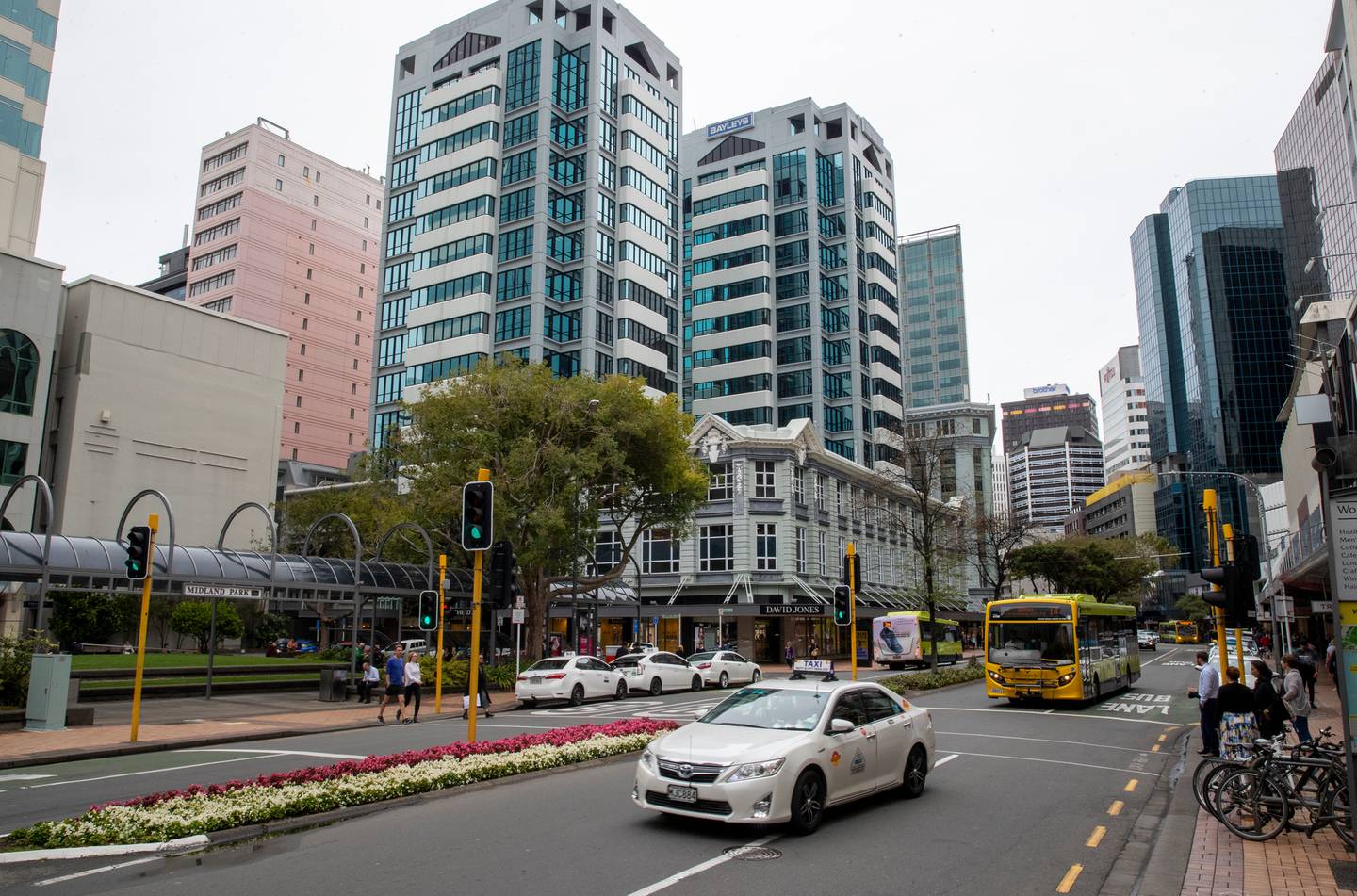 The plan will provide more options for people to get around without using their car. Photo / Mark Mitchell

LGWM Acting Programme Director David Dunlop said City Streets would help prepare Wellington for future growth, make the city a better place to be, and provide options for people to get around without using their car.

"By improving the safety and efficiency of public transport, walking and cycling, the City Streets Programme will encourage more people to use these modes to get around Wellington.

"In turn, this will contribute to overall improvements in how our streets are used, including people who still need to use a vehicle for their journeys through and to the city."

The cycling improvements will be fully integrated with the significant $226m investment Wellington City Council committed to the cycling network in its Long Term Plan.

The City Streets package will be considered by Wellington City Council's Planning & Environment committee on August 25.

It will then go before Greater Wellington Regional Council and Waka Kotahi NZTA.

Approval of the City Streets package will unlock funding to begin more detailed investigation along the nineteen recommended corridors for improvement.

"There is a huge amount of investigation and design work to be done before individual projects are defined and commissioned. Hearing from local communities and people will be a vital part of that work," Dunlop said.

The City Streets package will be funded by LGWM funding partners and divided into multiple stages over 10 years, with the first stage taking three years to complete.