A well-known Wellington busker who performs dressed as a tree has had an entire day's earnings nicked - but the response of generous fans has mended his "broken heart".

Jarrod "Woody" Wood is better known as Tree as he's often seen on the streets of the capital dressed up in full tree camouflage, playing his Indian flute and snapping selfies with passers-by.

On Saturday, near the end of a six-hour set on Cuba St, Wood was robbed of his donation box containing more than $250, his whole day's earnings.

While he didn't see who took the box, Wood has his suspicions. A group of teenagers had stopped and asked him to play them a song.

"I asked them, do you want to hear a slow song or a dance song? They wanted to hear a dancy song, so I played something called Breakbeat Flute, which is a hip hop track and I was jamming with my Indian flute to it."

But halfway through a second tune they suddenly ran away.

"I think they might have been distracting me so someone could take the box from behind."

There were six to seven "hard-looking" youngsters in the group, aged around 13-15, he said. "When I looked in their eyes, they kind of looked like they have either a hard life or they take something [drugs] which makes them a bit angry," he said.

No CCTV was available, and he didn't call police, fearing they would be too understaffed on a Saturday night to help him.

Wood said he was heartbroken to have lost the money, which had been donated by generous people ranging from little children through to the elderly.

"Life's expensive in New Zealand, so every time someone gives a donation, it's a really heartfelt blessing.

"It's not like I just lost some of my own money - I felt that I let all those people down." Timalsina posted about the incident to the Wellington community Facebook page VicDeals.

"Really this is just a message to say sorry to all the beautiful people, young and old who gave me their blessing today ... I love you and I'm sorry I didn't take better care of your donation."

Money wasn't the primary objective of street performance, he wrote. "My objective is to make people happy and money follows behind in its own way."

The theft left him without rent money - but kind strangers who heard of his plight on social media quickly donated most of the money back.

More than 1000 people had left kind comments on his post, which he told the Herald had "mended my broken heart". Someone had also messaged to say they had found the empty box in a public toilet.

His donation box had been stolen twice before, but not so brazenly. Both times people had walked off with the box, not noticing he was there due to his camouflage. 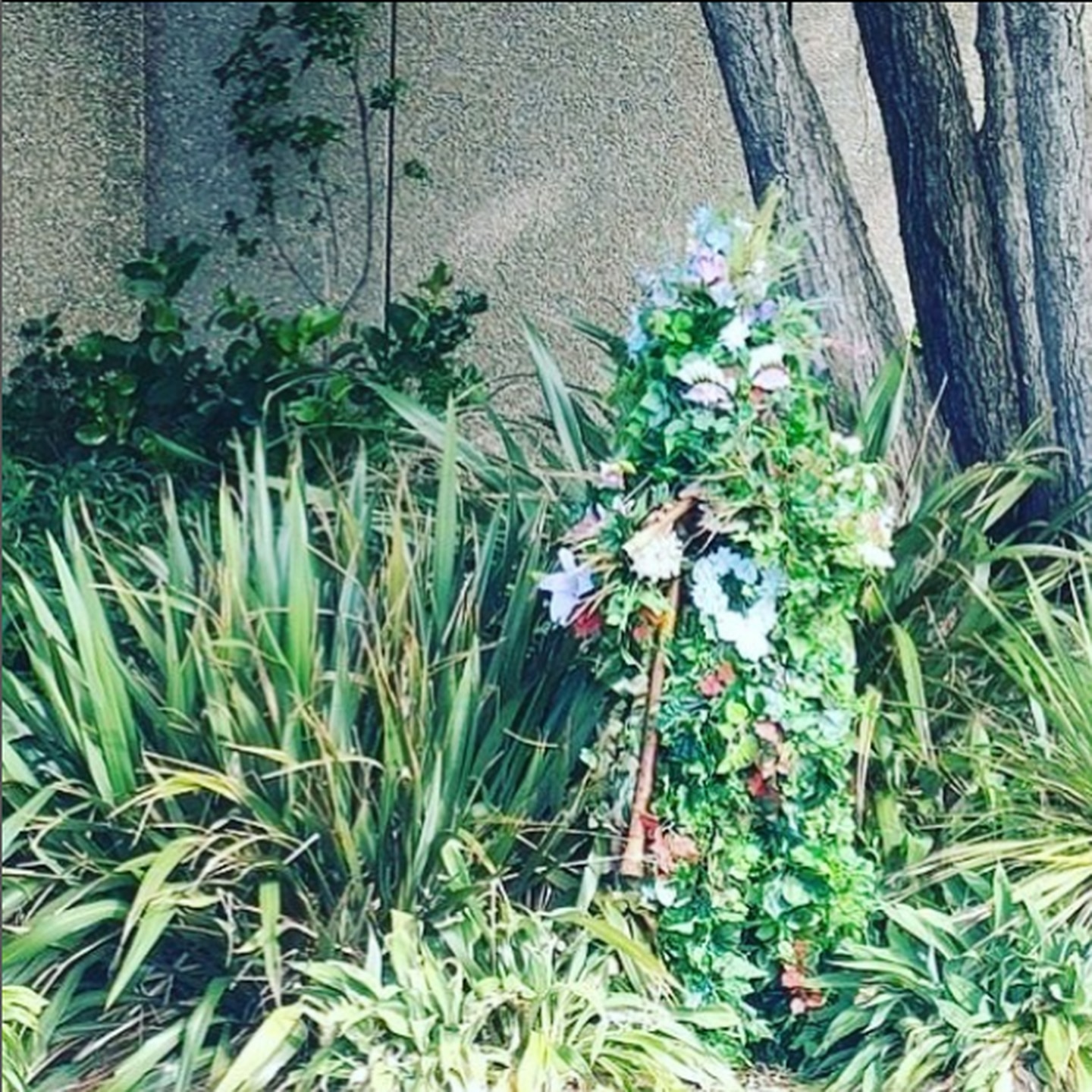 Wood has twice had his donation box taken by people who appeared not to notice he was there. Photo / Supplied

Despite the incident, Wood was back busking this afternoon. But he planned to empty out the box more frequently to make it less appealing for would-be thieves.

Asked if he had a message for whoever stole the money, Wood asked them to "try to be kind".

"I would just say to them in life, you know, try to be kind because when someone's kind to you, you feel happy."