A family is in shock after two people died when a car crashed into their home, tearing through foundations.

Police said the single-vehicle crash happened on Warspite Ave in the Porirua suburb around 11.30pm.

Police say the vehicle left the road and hit a house.

Homeowner Niraj Prasad said: "First I thought it [was] an earthquake because the whole house shakes and then the lounge floor just ripped apart." 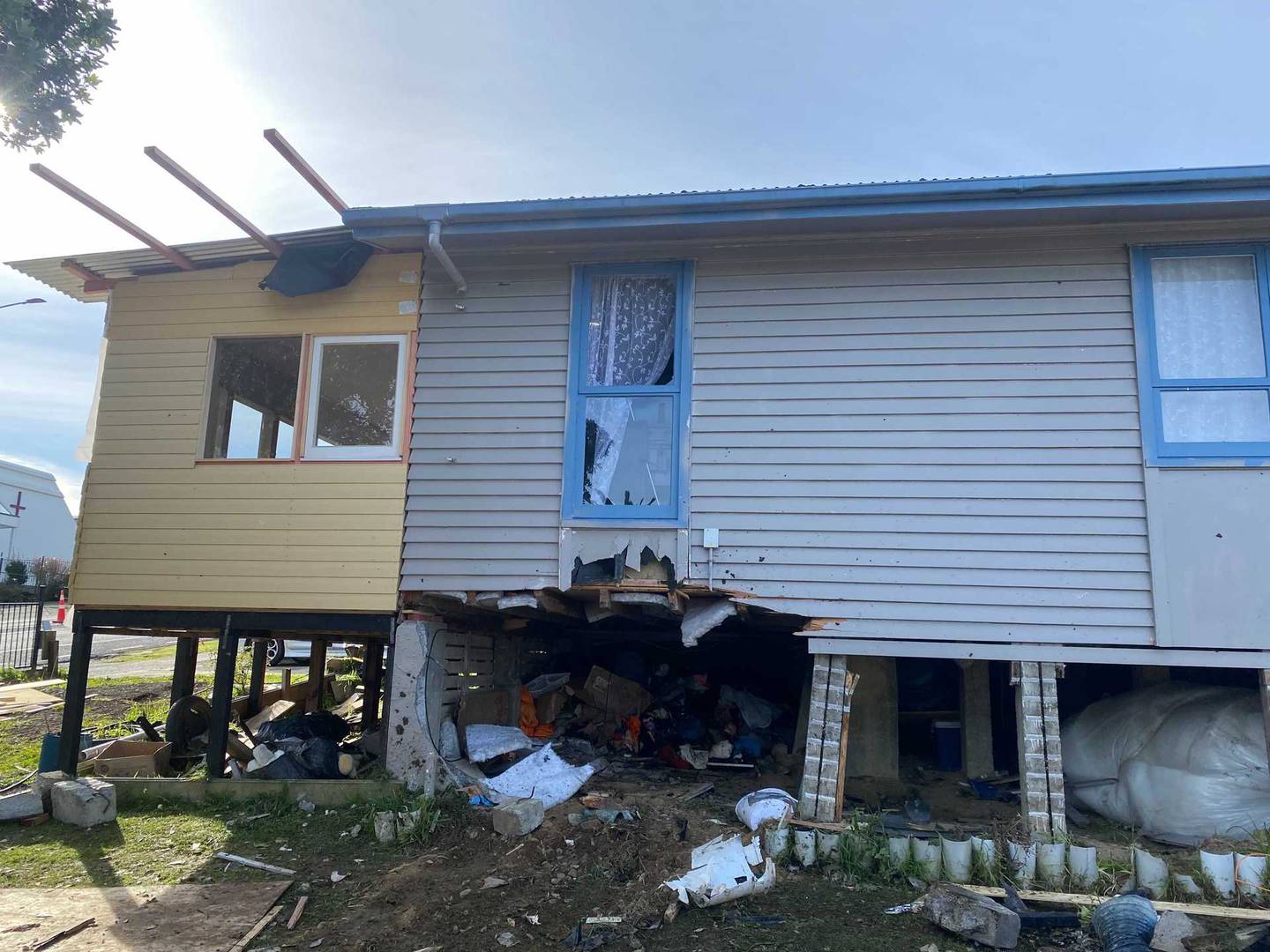 Two people died after a car crashed into a house on Warspite Ave in Porirua. Photo / Nick James

Prasad said he walked out of their house and saw the neighbours coming towards them.

He then realised it was something wrong with their house.

"As I came across [to the house] I saw the car inside with big damage [around it]."

He said within two minutes emergency services were at the scene and took over.

The crash site was cleared by 5am, he said.

Prasad said the house had suffered major damage, particularly the lounge, which was considered unstable.

"There's like four or five pillars underneath that have been broken."

Prasad said the community have been incredibly supportive and feels sorry for the people in the car. 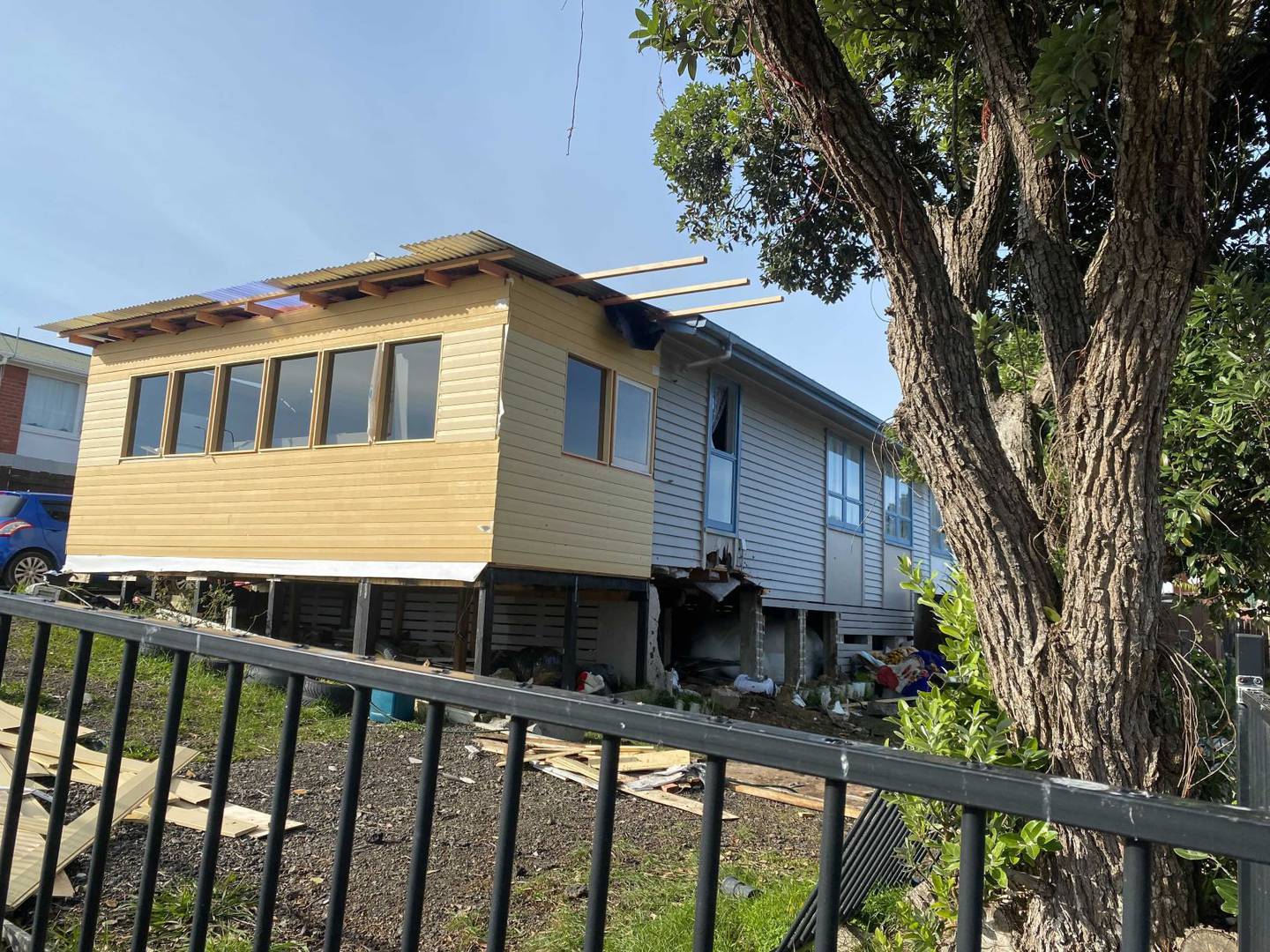 The house on Warspite Ave, Porirua, where a car crashed this morning and two people died. Photo / Nick James

He said his family is safe, but that they have been affected by the crash.

"My little one is still in shock. We haven't told her that the two [couple] has passed away underneath the house."

He said the incident was shocking but he was thankful for the surrounding community.