District health board bosses are proposing to erect a prefabricated building at Hutt Hospital, after the main building at the site was deemed earthquake-prone.

The Heretaunga Block has been rated at just 15 per cent of the New Building Standard (NBS).

Plans are under way to vacate the building and move patients and services elsewhere, but there are "significant capacity constraints" already in the community, public, and private sectors.

Papers outlining the predicament have been published ahead of a Hutt Valley DHB and Capital and Coast DHB board meeting this week.

The documents said options to move services into existing capacity without significant and material impacts on patient care simply did not exist.

Moving services into these locations would only be viable if the building had to be vacated in an emergency situation, like after a major earthquake.

"The DHB would have to commandeer capacity in hospitals across the region and the private sector under emergency powers," the documents said.

For this reason, a proposal is on the table to develop an option for a prefab building at Hutt Hospital to facilitate vacating the Heretaunga Block.

Two preliminary options have been revealed in the meeting documents.

"These options are the fastest way to provide on-site inpatient capacity." 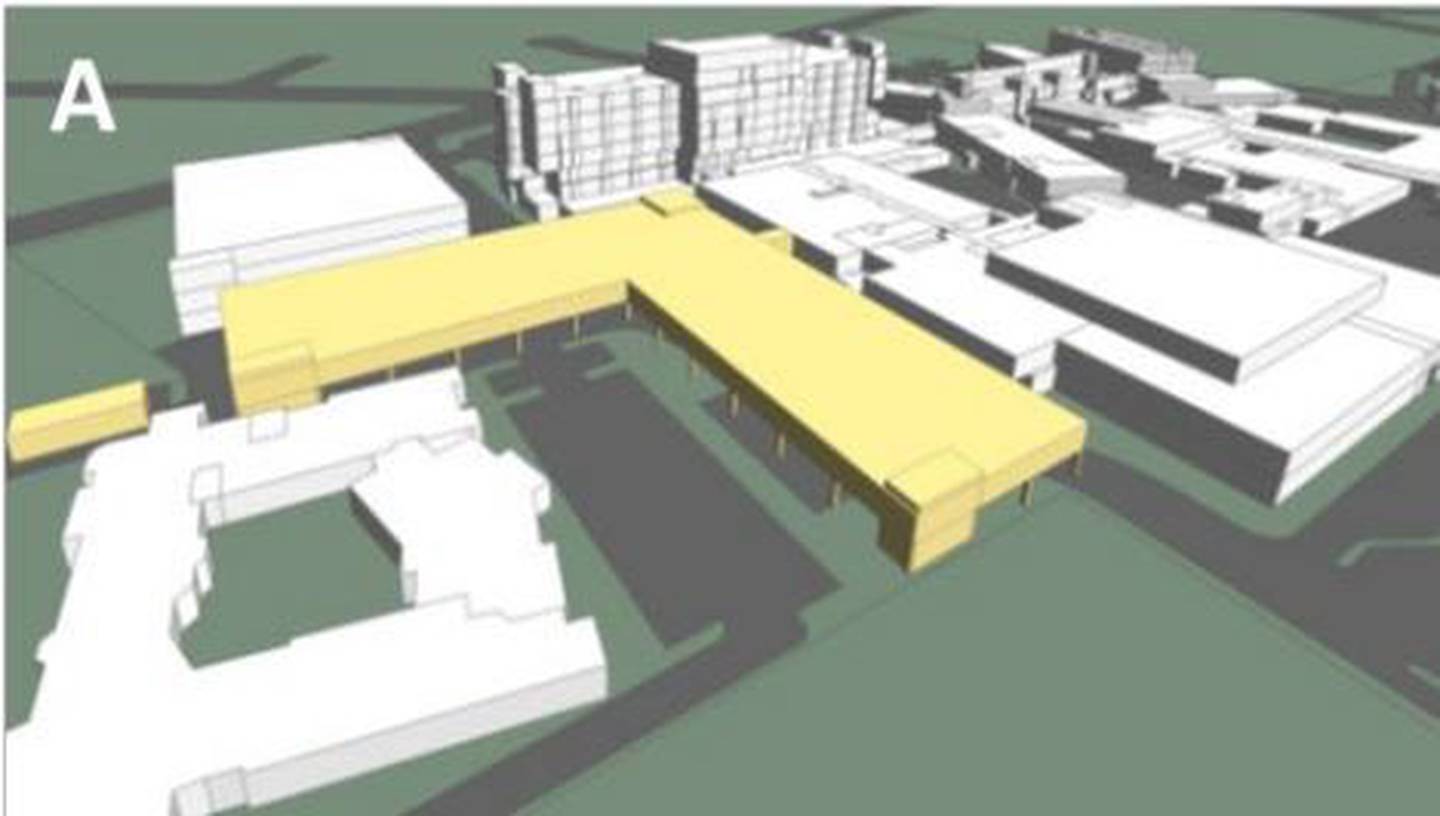 Option A is a single storey building elevated over the existing ED carpark and roadway. Image / Screenshot 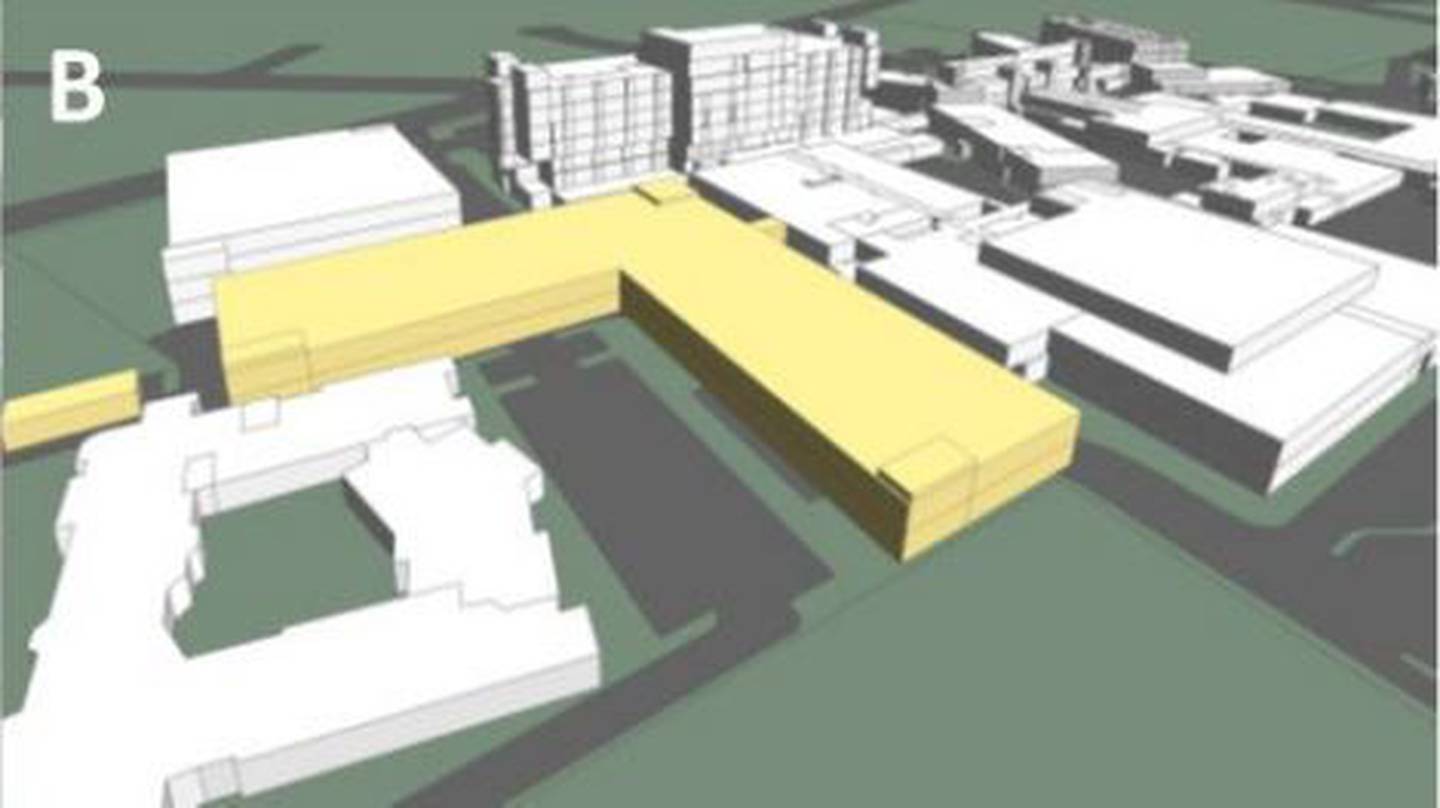 Option B is a double storey building located in the existing ED carpark and roadway. Image / Screenshot

However, the papers also warned both options would still require a significant shift of inpatient activity within the Hutt Hospital site, and potentially to other sites, if the Heretaunga Block was to be fully vacated.

Work to address pre-existing shortfalls in hospital beds and theatres was already under way prior to the earthquake risk being discovered, undertaken by consulting firm Destravis.

These consultants will be on site next month to further develop plans for a prefab building.

Any prefab building would be a temporary solution for services and act as a stopgap to address capacity shortfalls.

Board members will consider these recommendations at a meeting on Wednesday.

Last week, it was revealed a peer review of the Heretaunga Block's draft detailed seismic assessment found the building was in better shape than first thought.

The second opinion identified precast concrete façade panels as the only part of the building that was earthquake-prone, rather than several other elements as well which were highlighted in the initial report.

These façade panels are a non-structural element in the building.

However, the DHB advised this did not change the overall status of the building under the law.

A building's rating is determined by its weakest part so even if the issue is localised, or just one element is below 34 per cent NBS, the site's overall score is affected and still considered earthquake-prone.

Board members will also be asked on Wednesday to confirm the decision not to occupy the Heretaunga Block for longer than is reasonably practicable, in light of the peer review.

Lower Hutt Mayor Campbell Barry said it was good news the condition of the hospital was better than originally communicated.

But he slammed the DHB executive for poor communication on the issue initially.

"The uncertainty created over the past month has caused serious anxiety in our community, and there is work to do to rebuild trust and that certainty."