A man has died after being shot by police in Newlands, Wellington, today.

And a tense stand-off has occured at the scene early evening as patched gang members approached police at the cordon around the shooting location.

Police confirmed they were called to a family harm incident on Kingsbridge Place about 3pm.

"On arrival police made voice appeals to the man, who made threats to police and attempted to barricade himself inside the address with the victim," police said in a statement.

"Police fired multiple shots at the man from outside the property, critically injuring him. 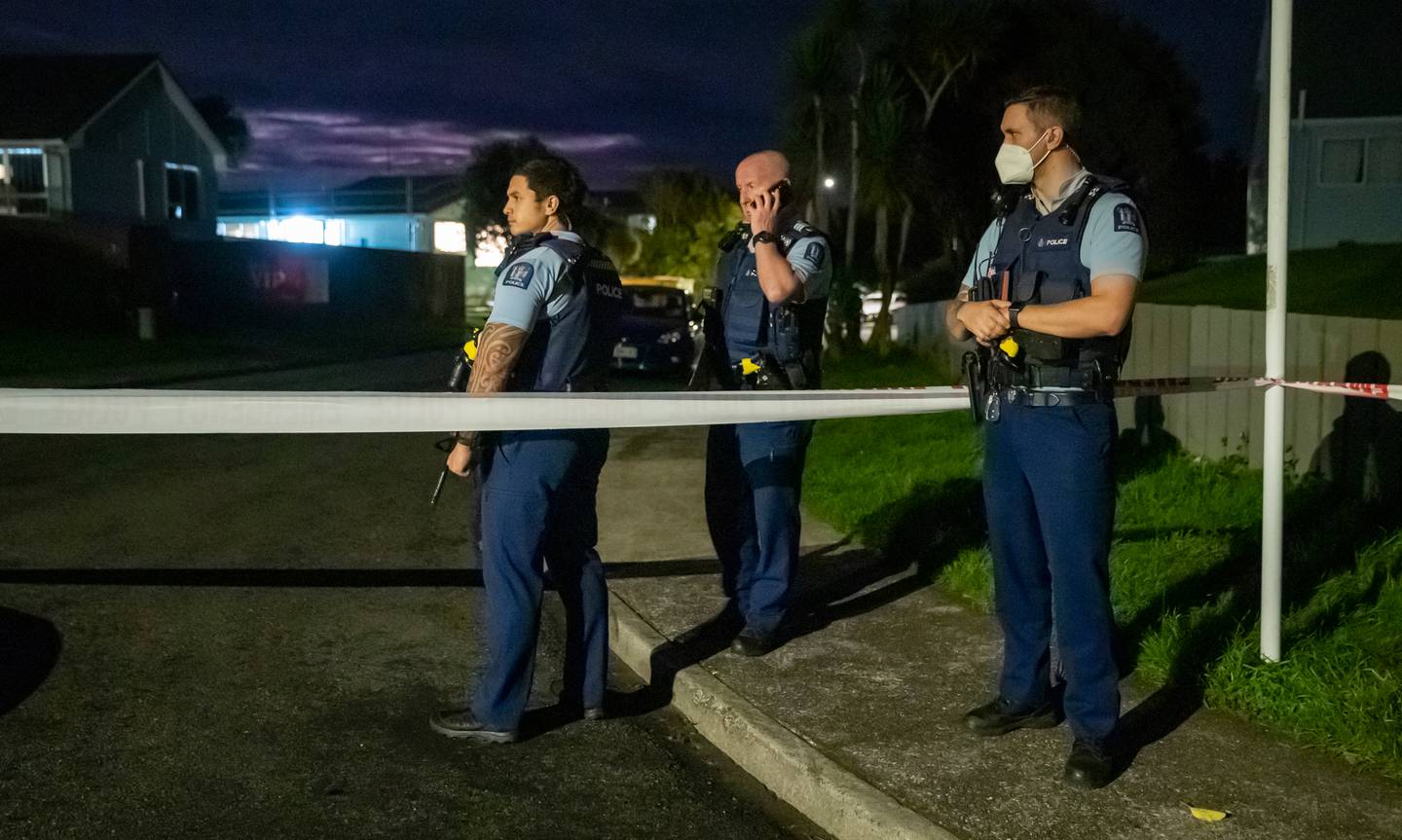 Armed police at their cordon on the corner of Kingsbridge Place and Colchester Cres in Wellington. Photo / Mark Mitchell

"Officers immediately rendered medical attention to the man and requested ambulance assistance, however the man died a short time later.

"The woman at the address was found with non-life threatening injuries and has been treated at the scene by ambulance staff."

Police said a young person at the address was not physically injured. Support will be provided to these victims.

Police said they would now undertake a formal identification process in relation to the deceased and his family will be provided with support.

"We understand this will be a shock to the Newlands community and we want to reassure them that there is no ongoing risk," Inspector Tracey Thompson, Acting Wellington District Commander, said.

"There will be an increased police presence in the area in the coming days as we conduct a scene examination and make enquiries.

"This will also have a huge impact on the officers involved, and we will be providing them with support."

The Independent Police Conduct Authority will be notified and a Critical Incident Investigation is underway.

Earlier police said they were attending a "serious incident" in Newlands, Wellington, amid reports of the sound of gunshots being heard.

Pictures posted to social media show armed police, and ambulances at a cordon in Newlands.

Resident Ruth Mead told Newshub she had seen scenes like this on the news but didn't expect to see them on her own street.

"It was terrible," she said.

A spokesperson said cordons were in place and while there was no ongoing risk to the public, people were asked to avoid the Kingsbridge Place area.

"Further information will be released when available."

At least three ambulance service vehicles were at the scene.

Members of the armed offenders squad, and other armed uniformed police, were also present.

Several people have posted to social media claiming to have heard gunshots.

Kingsbridge Place is a cul-de-sac just off Colchester Cres.

Police also confirmed they were investigating after a man's body was found at a nearby park. But the two incidents have not been linked.

The body was discovered in Odell Reserve on Punjab St, Khandallah.

The death is being treated as unexplained at this stage and a scene examination will take place.

"CIB will be investigating the circumstances of the death," police said.