A lawyer acting for Paul Eagle's campaign team says the Wellington mayoral candidate's billboards do not breach electoral requirements and has requested statements alleging otherwise to be retracted.

Two previous mayoral candidates also have confirmed they were never told to take down their advertising at a similar stage of their campaigns.

An invoice viewed by the Herald shows 2016 Labour mayoral candidate Justin Lester paid for campaign advertising over the course of July that year.

Lester's opponent Nick Leggett also has pictures on his Facebook page of advertising on buses and billboards as early as May. 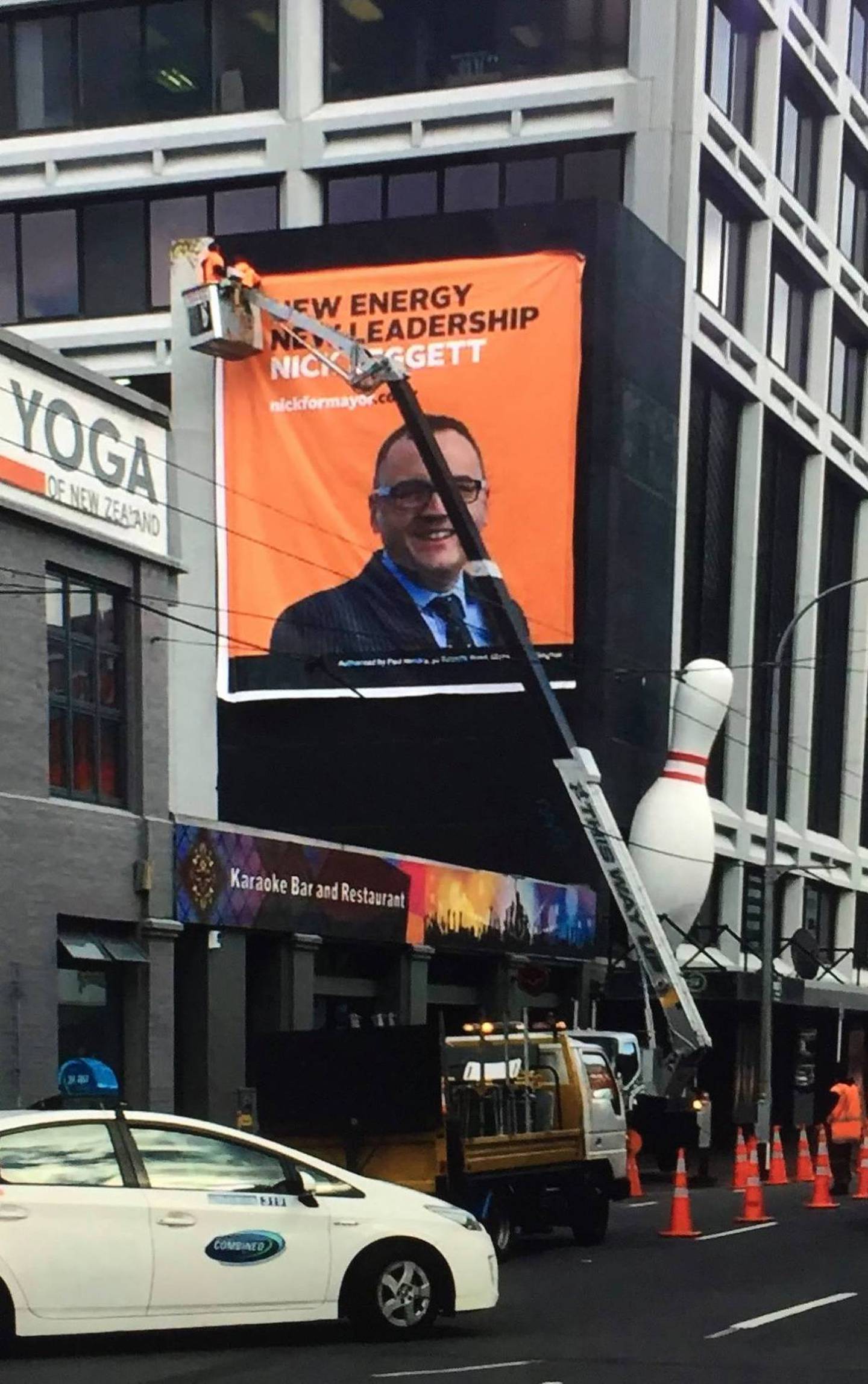 But Electoral Officer Warwick Lampp asked Eagle to remove his campaign advertisement from digital billboards until the formal election hoarding period from August 27.

Lampp said earlier this week there was a long-standing election hoarding policy allowing candidates to post advertising signs for six weeks prior to any election.

"The policy is designed to create a level playing field for candidates and has been generally respected for many years."

Lloyd said in his letter the request to remove the advertisements was unlawful and the council's guidelines for temporary signage did not apply to the advertising Eagle has used.

He said the bylaw referred to "all temporary signs … up to three square metres in area".

"The billboards of the kind utilised by Mr Eagle are clearly not three square metres
or smaller in size."

"They are much larger, pre-existing, commercially run electronic billboards, subject
to regulatory controls in terms of resource and building consents at the time they are initially installed by their owners."

Lloyd said if Lampp had no further legal argument for his position, then he should retract public statements alleging Eagle was in breach of electoral requirements. 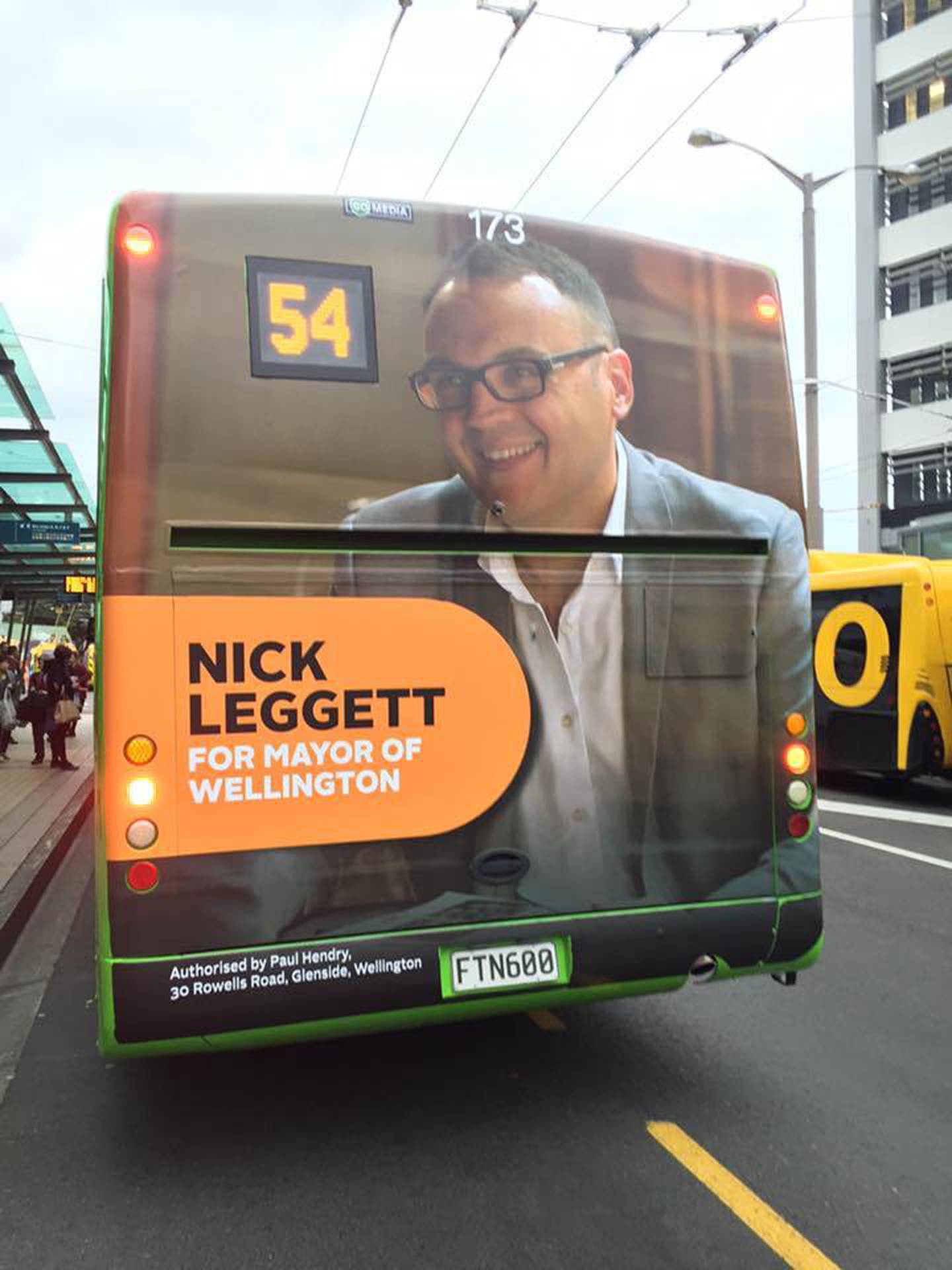 During the 2016 Wellington mayoral race both Leggett and Lester had billboards splashed across the city before the formal election hoarding period.

A Go Media invoice for Lester's campaign showed he paid for advertising on Vivian St, Dixon St, and the corner of Victoria & Vivian Sts over the course of July.

Leggett told the Herald he also had billboards during that time and was never told to take them down.

"I stand by the fact my billboards were up in July 2016 and I defend Paul Eagle's right to have his billboards up now."