A Porirua parent is "lost for words" after her 14-year-old was asked to participate in a colonial-style game which separated children into slaves, chiefs and aliens.

Earlier today she said a Year 10 Aotea College class were instructed to do the activity, which involved selling slaves, land and commoners - for "10 pearls".

Documents show the groups were also asked to attack aliens and rival countries, as well as inviting missionaries to talk to invaders and buy zap guns.

In a statement, acting principal Kathleen Kaveney said the Alien Invasion game was played in the context of a Treaty of Waitangi unit.

"The purpose of this resource, originally obtained from TKI Te Kete Ipurangi and used in other schools, is to engage students and give them some understanding of problem solving and negotiation." 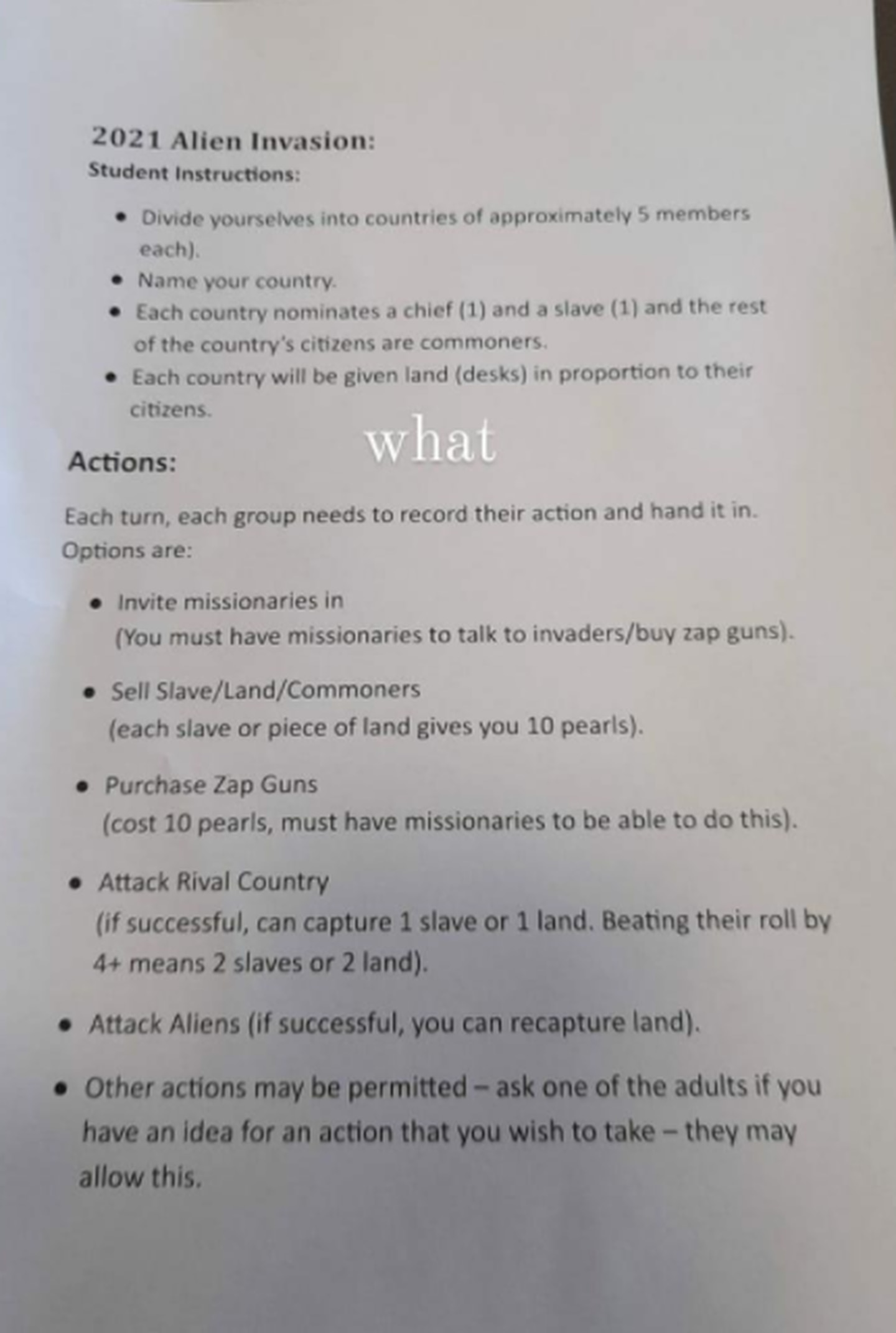 Some of the activities in the "game". Photo / Screenshot

She said it aims to demonstrate first encounters between groups and various power holders who become part of the negotiation and students can create a treaty.

"A parental concern about this activity has been raised today and our teachers are very happy to talk through these concerns. We need to provide greater clarity of the purpose and context of the activity."

One concerned parent told the Herald even the language was problematic and it was "mind-blowing" that it hadn't been thought about.

The woman told the Herald her son messaged her about the game and she encouraged him to go wait in the bathroom.

She said her son believed there was obvious discomfort in the class.

The class was an Integrated studies class - which is a combination between an English and social studies class.

The Ministry of Education has been approached for comment. 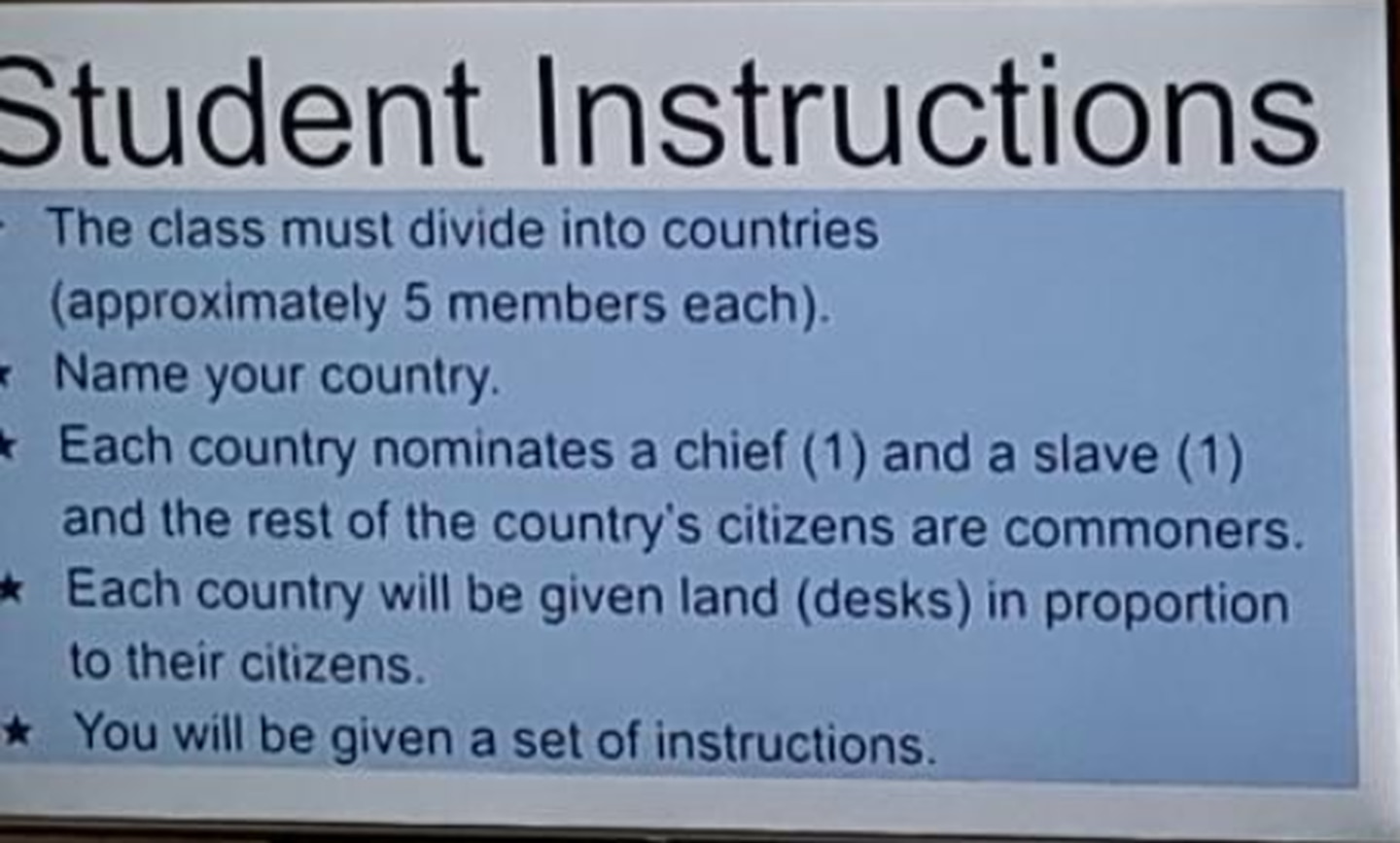