New Zealand's first clear beer has been a hit at the capital's Beervana festival this weekend.

Around 16,000 visitors are expected through Wellington's Sky Stadium for the beer festival, which is showcasing creations from breweries around the country.

Coinciding with Dine, Burger and Cocktail Wellington, this weekend has been dubbed "the biggest culinary weekend in the country".

Auckland brewer Urbanaut had first decided to attempt a clear beer just over two months ago.

Co-founder and head-brewer Bruce Turner said their 6.8 per cent Crystal IPA aimed to show visitors something different at this year's Beervana.

"One of the main reasons we wanted to make a clear beer is because we always want to do something at Beervana that people haven't seen before," he said.

"Currently the trend is for a lot of amber and hazy IPAs. So we were thinking of what's the opposite of hazy and decided to make it look like water."

"It's been so fun serving it here … the look on people's faces when they get it." He said their beers normally took four hours to filter, but the Crystal IPA had been filtered for four straight days.

The Crystal IPA had been their trial batch but after its success at Beervana they were considering recreating it.

Running over August 13 and 14, Beervana would host 4000 visitors at four separate sessions, with Saturday morning's session a sellout.

Urbanaut was one of nearly 80 breweries on show at Beervana in 2021, and many were also celebrating milestone birthdays.

Paraparaumu brewery Tuatara was celebrating its 21st birthday, and Scott Boswell said they had seen a huge change in the craft beer scene since the "sleepy industry" it had been in the early 2000s. "You need breweries to drive that kind of interest, and it's people being interested in that small-batch production and the hands-on nature of what we're doing," he said.

"We try to differentiate ourselves from factory-style production on a large scale ... it's human hands, it's craft, it's creativity, it's people making stuff"

"Events like this are great because you see boundaries being pushed and preconceptions being challenged." 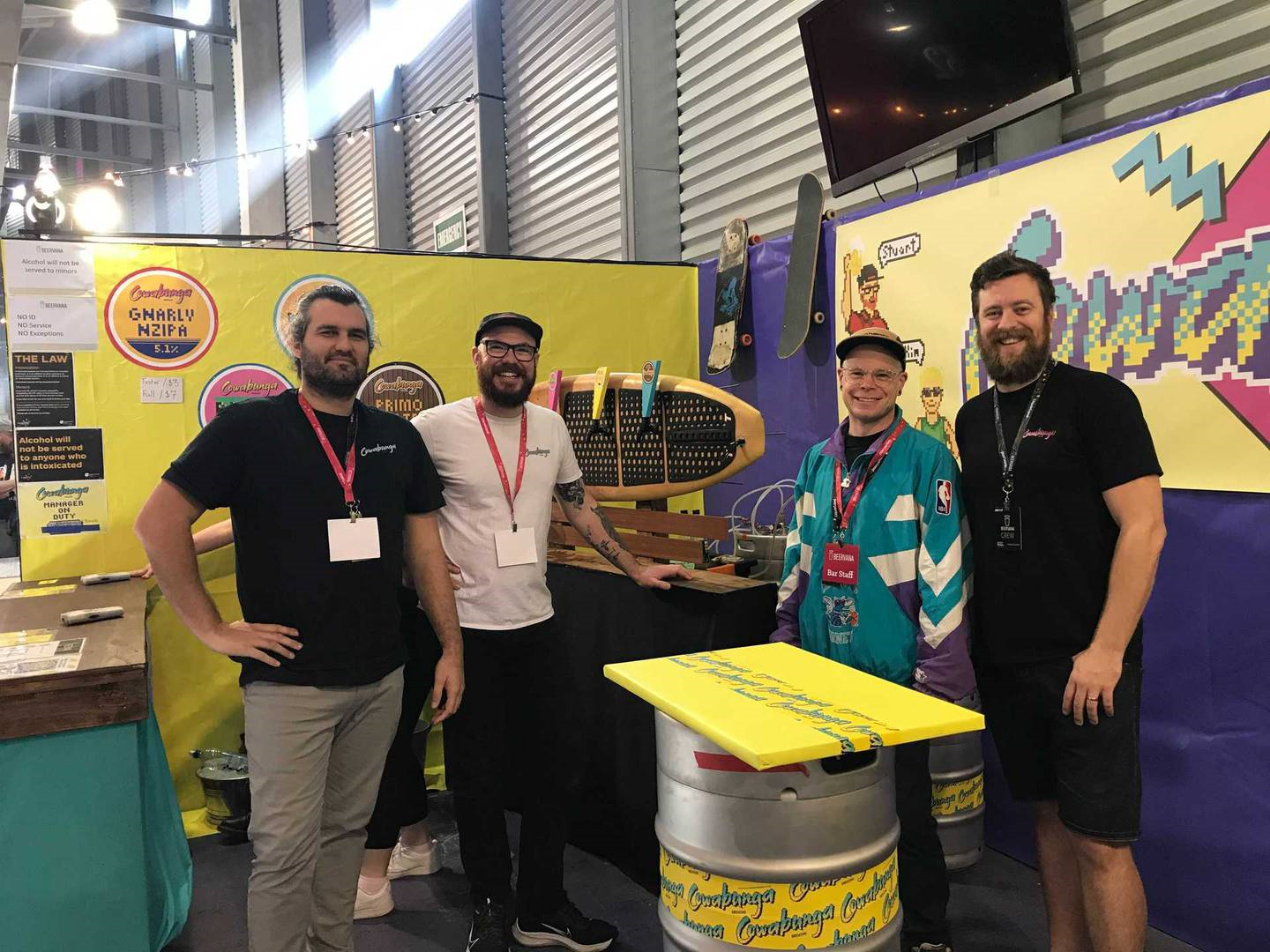 New brewery Cowabunga Brewing had come down from Auckland for the first time. (Photo / Sophie Trigger)

New breweries on the block this year included Cowabunga Brewing from Auckland.

Header brewer Stuart Nicol said the business had started up at the beginning of the year in Morningside and had a 300l brew kit.

"All the brewers have never heard of us so they've been coming in and trying stuff which is really cool," he said.

They used a 90s surf-skate aesthetic to brand their American-style beer, with their New Zealand IPA being the favourite so far.