A Wellington chef is being called a hero after he possibly saved the life of a stranger he found "face down on the ground" in a park early Thursday morning.

When James McLaren, 27, was walking home through Aro Park he saw a man on the ground and immediately thought he was drunk.

But he decided to check on the stranger.

The man he found is Porter Lightfoot whose mother Debra Blackett turned to social media in hopes to be reunited with the stranger who may have saved her son's life.

Lightfoot, 24, was walking through Aro Park in central Wellington early on Thursday morning when he had an epileptic seizure and fell forward. 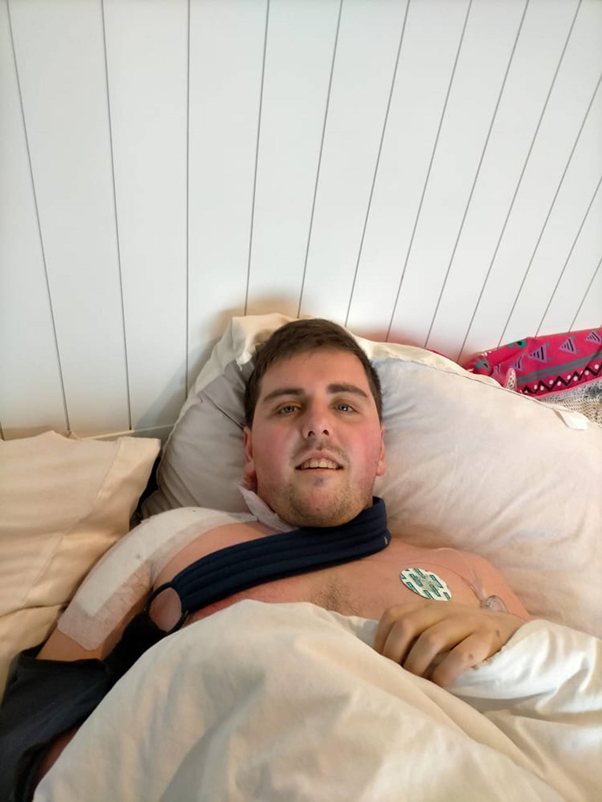 When McLaren realised Lightfoot possibly had had a seizure, he helped him walked for 20-30 metres until Lightfoot could not go no further. The heroic chef then carried him back to his house a few metres away and called 111.

"I kept him talking and conscious while the ambulance was on its way," he said.

Lightfoot remembers coming back to consciousness on someone's couch.

"Then I remember appearing on someone's couch with a drink of water, and then I ended up in hospital," he said.

Once the ambulance arrived McLaren didn't think much of his actions.

"I just did what I would want someone else to do for me," he said.

A few months ago McLaren found a staff member having a seizure who died. That was on his mind when he sprang into gear when walking home that night.

"I am very happy he [Lightfoot] is doing well."

McLaren finished work late last night and came home to a "barrage" of messages from friends who sent him a screenshot of Blackett's social media call. 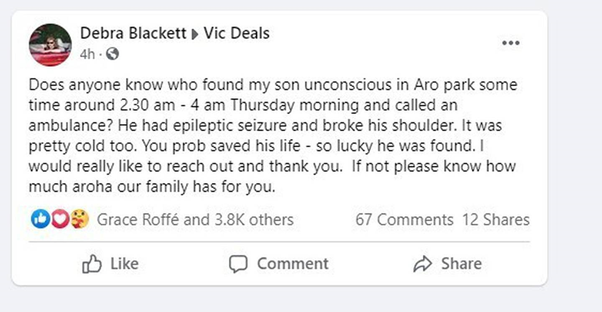 Lightfoot's mother appealed to social media for anyone who might know the stranger who helped her son.

"Does anyone know who found my son unconscious in Aro Park some time around 2.30-4am Thursday morning and called an ambulance?" Blackett posted on the Vic Deals Facebook page.

"He had epileptic seizure and broke his shoulder. It was pretty cold too.

"You prob saved his life - so lucky he was found. I would really like to reach out and thank you. If not please know how much aroha our family has for you."

McLaren has been in contact with Blackett and the pair are meeting later today.