Lucy, a two-and-a-half-year-old Shih Tzu Chihuahua was returned to her owner yesterday, five hours after being taken from outside Animates in Paraparaumu.

The beloved dog of Animates manager Jo Borra, and well known throughout the Kāpiti community, Lucy was taken all the way down to Porirua before being spotted by a member of the community who had seen Facebook posts pleading for information and for Lucy to be returned.

Sitting atop the counter at Animates in Paraparaumu every day, the Shih Tzu-Chihuahua cross is every customer's favourite dog – apart from their own of course. 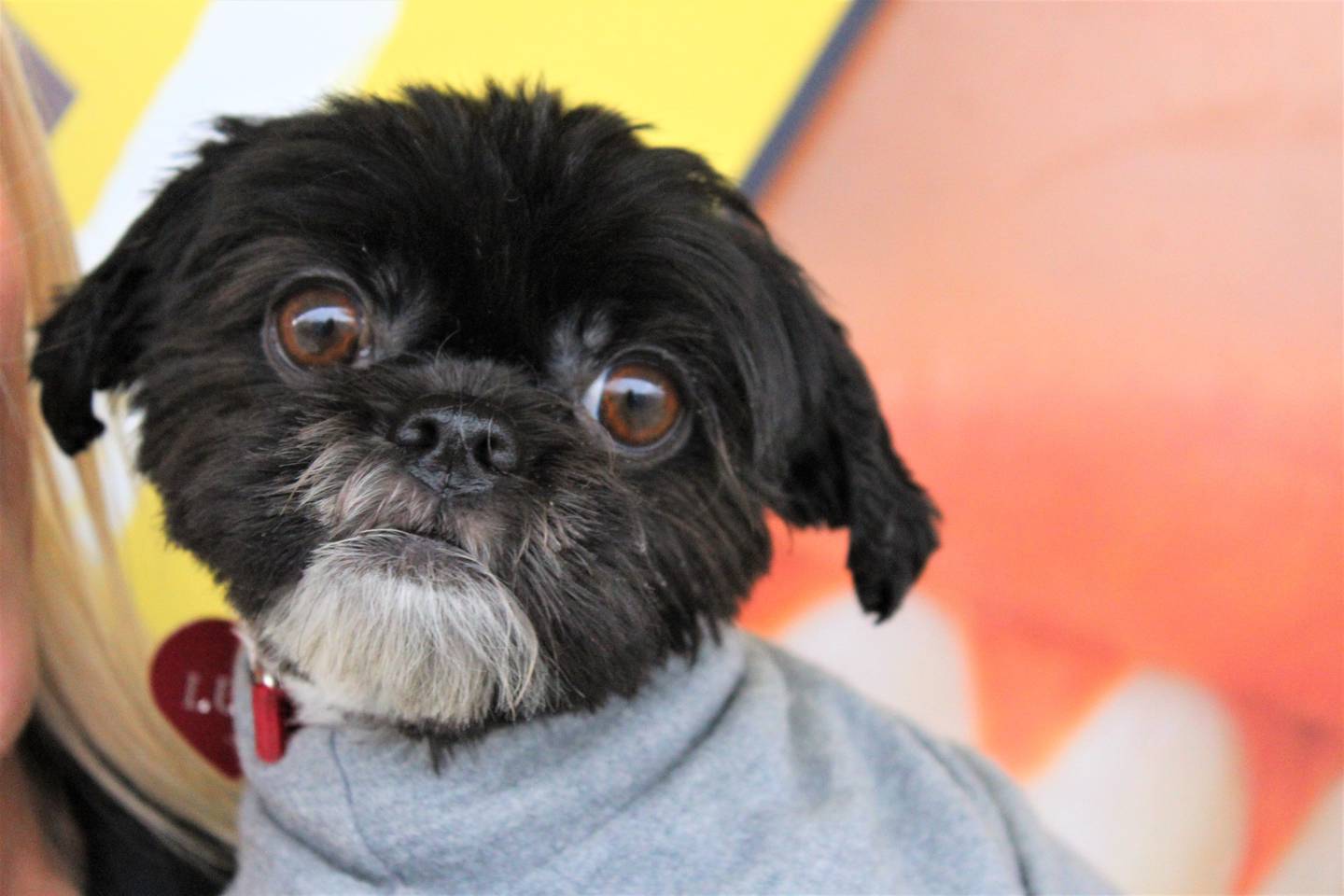 Lucy, a Shih Tzu Chihuahua was found and returned to its owner in Paraparaumu yesterday after the missing dog post was shared by thousands of people on social media. Photo / Rosalie Willis

"She's a beautiful wee soul who comes to work every day and is happy to see everyone," Jo said.

Arriving at work yesterday, Jo parked around the back of Animates in Coastlands at 7am.

Lucy jumped out of the car and went to her normal toilet spot while Jo unloaded her bags and Lucy's three seven-week-old puppies – Mabel, Remi and Milo.

"As I'm getting the puppies out of the car, I come around the corner and Lucy is being driven off.

"I wasn't 100 per cent sure she had gone in the car, but as I came around the corner the car was pulling away and Lucy was gone."

Calling her husband, who came straight down to the store, they put a post on Facebook and shared it on local Kāpiti community pages while also calling the police. 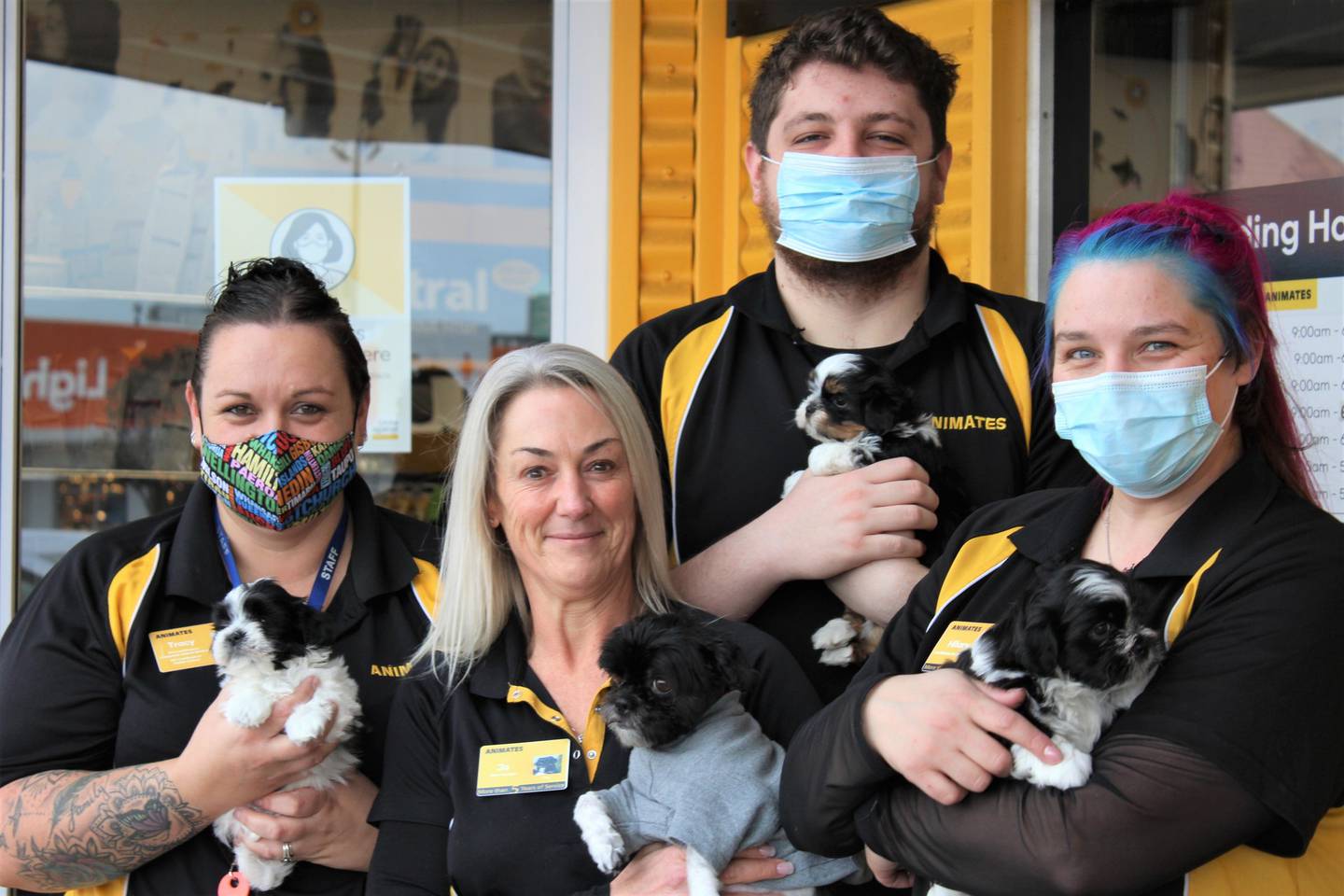 "I only put one post up, but from that post being seen and Lucy being so well known, it just got picked up and just spread like wildfire.

"Within an hour there were 950 shares.

"We've always joked around that if anyone took Lucy from the store there would be a community uproar and she'd be back in no time – but we never thought this would happen."

Customers started calling, the family turned up, and team members' families started coming to help, "It just blew up while I was sitting in the office, numb.

"My boss who lives in the Wairarapa dropped everything, cancelled all his meetings and came to help so that I could focus on finding her."

Members of the community were getting ready to go door-knocking and search the streets when they got the security footage which showed that Lucy had indeed been taken by the car Jo had seen earlier that morning.

"This confirmed she had been picked up by a man and taken by car, so there was no point in searching the streets."

Soon after this, around 11.30am, Jo got a phone call from a lawyer in Porirua.

She had just come out of court with her client, and her client's girlfriend was standing there holding Lucy.

"She said to her client, 'that dog is all over social media, it's gone missing from Kāpiti'.

"She rang me and basically said my client has your dog and he's bringing her back to Kāpiti now.

"All she did was give me his first name and phone number. She said any problems, then ring me."

Sure enough, half an hour later they showed up at Animates – in a different vehicle to what they had taken her in – and the girlfriend handed Lucy to Jo.

"It was an incredible feeling when I got the call from the lawyer, I didn't even catch her name.

"Lucy is that dog that has done more for me in two and a half years, than over 30 years of therapy has done."

When Jo spoke to the man and his girlfriend, the man said Lucy had been wandering and he wasn't sure what to do with her.

"I spoke to the man and he pretty much just said she had been wandering, but he would have seen me come into the carpark at 7am.

"He said she was wandering, he didn't know what to do with her or who to call, and he had to get to court."

But Lucy has a big tag on her collar with her name and Jo's number.

"Regardless of whether he took the dog on purpose or if he honestly thought she was roaming, he took the wrong dog.

"We had offers of help from people to search the streets, deliver leaflets and even had offers from some customers who wanted to put up reward money.

"All for one little wee beautiful soul who comes to work every day and is happy to see everyone."

After the experience, Jo wants to warn the community to be vigilant of their dogs, to make sure they are microchipped and have a name and number on their collar.

All the information has been handed on to the police and Jo said it's up to them what they want to do with it, she's just happy to have her dog back.

As for the puppies, they slept through the whole ordeal.