Back by popular demand, yesterday it saw the 40-year-old family business serve around 200 customers, delivering around 200kg of potatoes and 45kg of filleted fish.

Seakraft co-owner Kutchi Misirlakis said the idea had first come to them during New Zealand's first level 4 lockdown in 2020, which had spanned more than a month

"While we were brain-storming we thought why don't we create some sort of slide, because the register is directly in front of the front door," she said.

"We were renovating so I had one of those temporary wardrobe things, and we still have all the poles for it."

"So we just repurposed that, with a bit of scrounging around our garage for what we could use to make the ramp."

Before Seakraft opened its doors on the first day of alert level 3 yesterday, regular customers had got in touch asking if they would be bringing the slide back. Misirlakis said they had expected it to be quieter than last level 3, with only two weeks of lockdown this time for people to miss their favourite takeaways.

"But we actually did more than we did last time," she said.

"On a normal day we would do a hundred orders and on Wednesday we did about two days' trade – it was like doing a busy Friday and a Monday combined, it was that busy."

She said there had been no break between the lunch and dinner rush, with wait times for fish and chip orders – usually taking five to 10 minutes – blowing out to an hour. 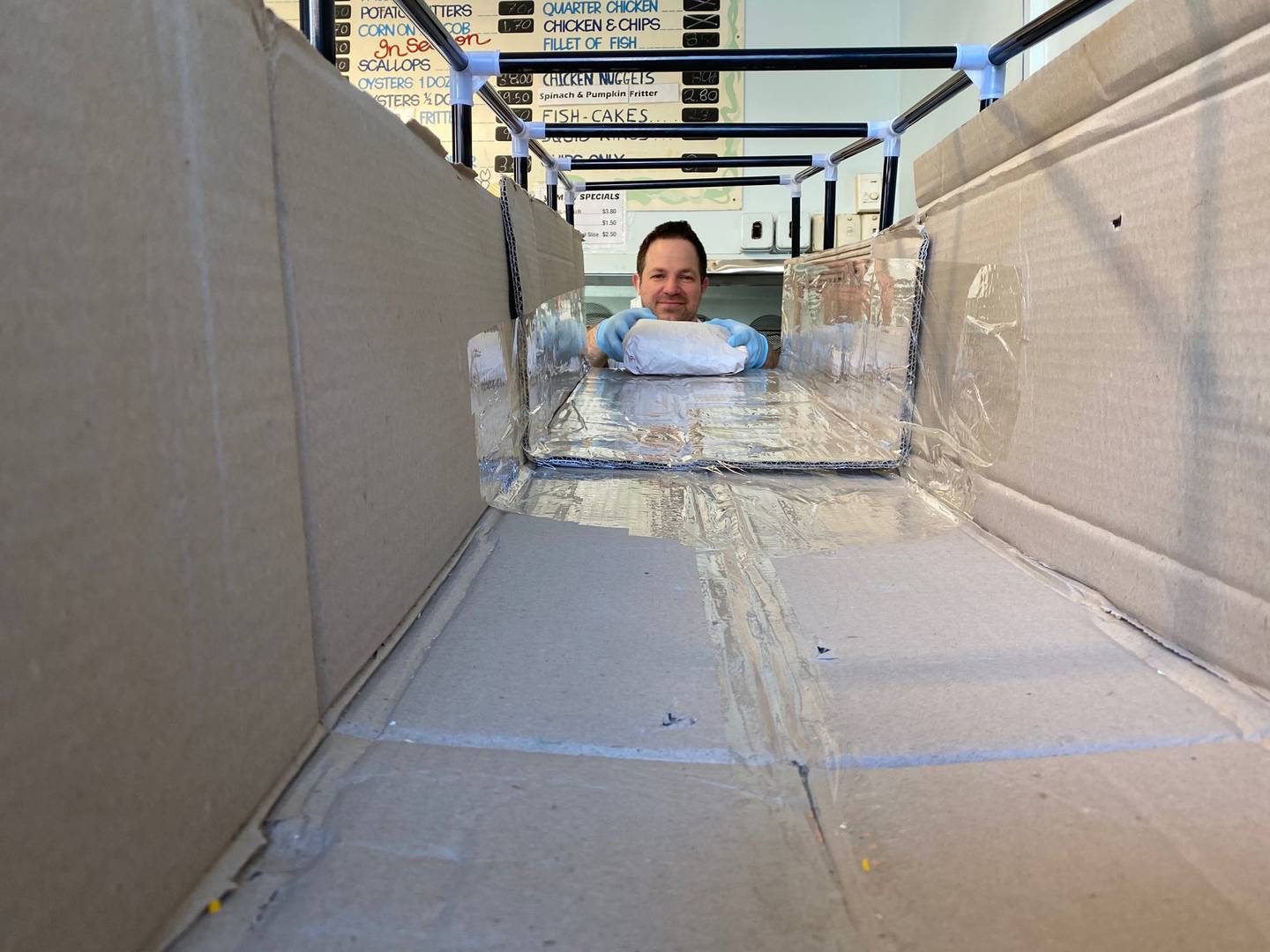 The slide was reconstructed from a temporary wardrobe and cardboard boxes. Photo / Supplied

"Our phones actually ran out of battery because it was never put back onto charge – all day it just rang non-stop.

"In the evening we had to actually stop taking phone calls because we literally could not keep up. We had to stop taking calls for about an hour, an hour and a half."

The shop had gone through around 200kg of potatoes and 45kg of filleted fish in the first day, she said.

Regular customers had been excited to see the slide make a return, she said.