An Australian man visiting New Zealand says he has tested positive for coronavirus and is now self-isolating in a Wellington hotel room.

Townsville man Andre Reynaud confirmed to the Herald that he had tested positive for Covid-19 - he would be the seventh case of the virus in this country and the first to be based outside Auckland.

The Herald contacted the Ministry of Health to confirm Reynaud's positive test result after Australian media reported his diagnosis. Health officials declined to comment, noting that Director General of Health Dr Ashley Bloomfield is due to speak to media at 2.30pm today. 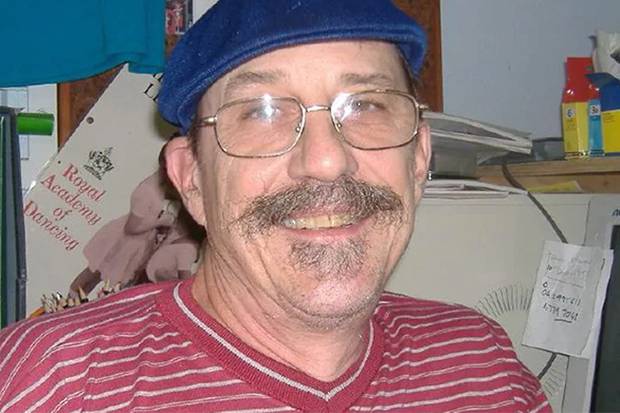 Andre Reynaud, 56, travelled from Townsville to New Zealand before he was informed of his positive coronvirus test results.

"What we're trying to do is slow the speed with which we have them," she told TVNZ's Q+A.

Reynaud said he had returned to Townsville from France on Tuesday, March 10, and was not showing any signs of illness. He was tested by Queensland Health officials on Thursday because he had been abroad.

The next night he and his wife boarded a flight from Brisbane to Wellington.

Reynaud said he received a phone call on Saturday morning from his doctor confirming he had tested positive for coronavirus.

"I am currently in self-isolation in the hotel in Wellington," he told the Herald.

"I went to meet my son for breakfast at a nearby cafe when I got a call from my doctor confirming I tested positive.

"From there I went straight back to my hotel room and got in contact with health authorities.

"I wouldn't have come [to New Zealand] if I knew I was positive."

The 56-year-old had already booked a trip to New Zealand before he was tested for coronavirus.

Reynaud says he was not showing any symptoms and that he felt fine.

"I'm currently monitoring my temperature and it's not going up. I don't feel any other symptoms.

"I feel fine, but I'll be patient until I am freed. My temperature is stable. I feel well."

Reynaud told the Herald he alerted both New Zealand and Queensland health authorities immediately after the positive result.

When arriving in New Zealand on Friday night, Reynaud said he was only asked by authorities whether he had recently travelled to or from Italy, mainland China or Korea.

He says because he didn't arrive from any of those countries he was allowed to enter and then went straight to his hotel.

Following Reynaud's positive diagnosis, he says he has been well looked after by both the Ministry of Health and hotel staff.

"They have been very good. They have told us what to do. Stay in the room, monitor my temperature, they've given us the number to call if we feel unwell.

"They have called me a couple of times to check up on me.

"I'm waiting for NZ Health to call me on what to do next. I assume I'll be in isolation for 14 days.

"The hotel has been amazing letting us stay in the room. They've provided food and made us feel comfortable. We are well looked after."

The hotel, which the Herald has chosen not to identify, declined to comment.

Reynaud's 56-year-old wife also travelled with him and she in self-isolation with him.

Reynaud says his wife is showing no symptoms of coronavirus and her temperature levels are normal.

Reynaud's diagnosis was also publicly confirmed by his place of work, Ann Roberts School of Dance in Townsville.

"Thanks to everyone who has messaged us to express their support and concern over Andre's diagnosis," the school said.

"We understand that some people may be worried about the further spread of Covid 19 within our school community but we can assure you we are operating on the advice of the Queensland Health Public Health Department and following all instructions given.

"None of those who were in direct contact with Andre have any symptoms and we have been assured that they are not contagious in any way."