Henry Martin's family have been waiting seven years for answers.

He was 17 when he died in the Wellington ICU, two days after he was found unresponsive in his room at community respite facility Headspace.

His case has taken seven years to come before the Coroner, with a final report – including any recommendations for change – still in the works.

The mental toll the wait has had on Henry's family has been described by mum Phillipa Kitchin as severe.

"It is absolutely ludicrous, the impact on me and my family's mental health. It has had a huge toll on me emotionally having to continually question and wait. I was thinking it would bring closure.

"It took seven years... why does the Ministry of Justice think that's acceptable? Because it's not."

When Henry was a little boy, he'd carry his Thomas the Tank Engine toy everywhere he went. He was shy but happy and loved to paint, even if his technical ability was wanting.

Henry loved gaming, he loved his mum and he was always seen to be an engaging young man. 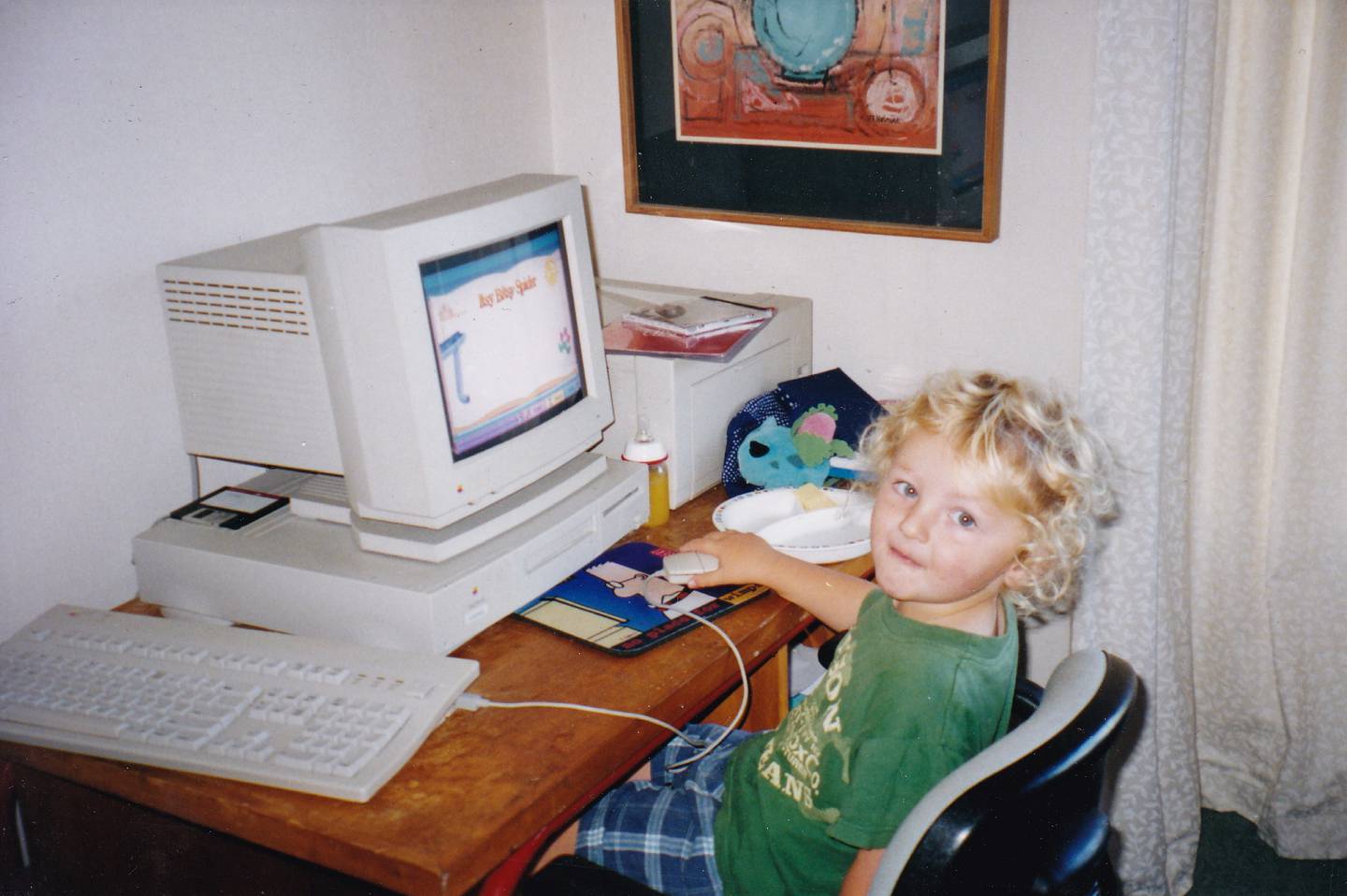 Kitchin recounts a fond memory of her son and a family friend at a school gala, taking silly photos in a photobooth.

"They took all of these hilarious photos, just showing their lifelong friendship. It was really nice to see them being funny and happy together. You wouldn't think in a few short years he wouldn't be here."

Kitchin still keeps the photos nestled safely in her wallet.

But her son's journey toward becoming a troubled teenager was one paved with obstacles.

Learning challenges, family issues and bullying dulled his shine, and he was seen by the Wellington Child and Adolescent Mental Health (CAMHS) team for the first time when he was just seven.

Henry's family's story illustrates the human face of a system that has let them, and other families, down.

He was 16 when he was readmitted to CAMHS through the Mental Health, Addiction and Intellectual Disability Service (MHAIDS) in March 2014, and was seen by an occupational therapist right up to his death in April 2015.

Kitchin believes her son's health may have improved if he was offered talking therapy – one on one sessions with a psychologist - rather than increasing his medication.

The latter approach was adopted by his doctor who referred to significant wait times as one of the reasons why Henry wasn't waitlisted for individual psychological therapy, and said group therapy was offered to Henry, who declined it.

Despite evidence provided by Henry's doctor during the coronial process, independent reviews saw a significant decline in Henry's mental health. He dropped out of school, stopped eating, and found it hard to leave his bed.

In the year leading up to the night he was found unresponsive in his respite room, Henry felt as if he was a danger to himself. His mum was usually the first person he would reach out to.

There are several reasons why Henry's case took so long to come before the Coroner.

The Coroner then assigned his case changed roles, which lead to it being transferred into the Auckland caseload, falling victim to backlogs in the system.

When Coroner Anderson came on board in 2020, she was determined to fast-track the process and had an expert review the case on her behalf, resulting in the inquest finally going ahead in 2022.

Delays to the coronial process are an issue the government is well aware of, with money assigned to address the problem in this year's Budget.

Minister for Courts Aupito William Sio announced $30 million to cover the appointment of four new Coroners and 11 other roles to improve the system and reduce delays for grieving families. Minister for Courts Aupito William Sio has acknowledged the need to prioritise families and victims through the coronial process. Photo / Mark Mitchell

Sio said currently the coronial process is a time-intensive one, and it is designed to find out the facts about deaths, provide resolution for families and produce findings that will prevent further loss.

"However, undue delay can add to the grief and stress for families and whānau of loved ones who have passed. I know the coronial system is under pressure and that is why we have introduced these measures.

"I am hopeful that, once bedded in, these changes will help grieving families and whānau find answers in a swift and timely manner."

For Henry's family, however, the funding is too late to heal the ramifications of their own slow trudge through the coronial process.

What started as an anticipated two-year wait swelled into a seven-year burden, not only on Henry's family but on the system itself.

Kitchin says she feels drained after the years it has taken to have her and her family's questions answered.

"I feel like I've done enough and I can't do anymore," she said.

Not only has the wait been disappointing but so has the communication, and Kitchin says the family weren't kept in the loop for the majority of that period.

"You're let down by the bureaucracy twice." 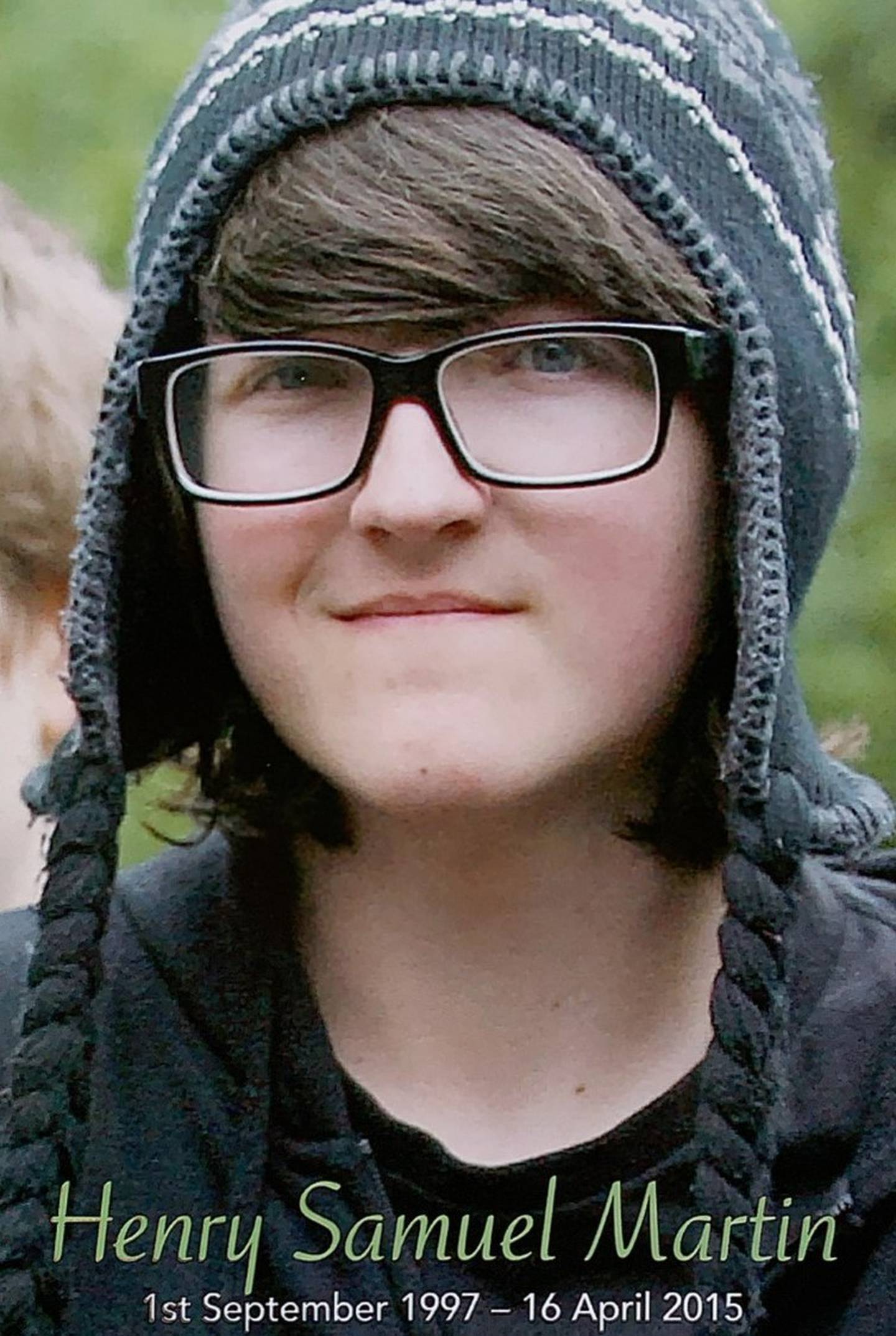 Henry was a young man who would do anything for his friends. Photo / Supplied

There is a sense of exhausted relief that the legal process surrounding Henry's death is coming to an end, but what remains is still a hollow sense of loss.

"I realised there's never closure when you lose a child," Kitchin said.

Recommendations from the inquest and the tragic lessons learned from Henry's death have yet to be released by Coroner Janet Anderson, but the hearing exposed devastating pressures on the mental health sector.

What was revealed was a landscape filled with sprawling cracks, a mental health sector at breaking point and what the family believes was a young man let down by a system set up to protect him.

Kitchin sat beside David Boldt, the lawyer assisting the Coroner, for the entire duration of the four-day inquest in May.

She heard every word, even if it was hard, as she sat front-and-centre of the courtroom as her son's advocate, a place usually reserved only for lawyers and prosecutors.

"Giving my brief of evidence wasn't enough, I had to be up there to look those people in the eye."

It took four days to go step by step through all of the factors that led to the teen's death.

Coroner Anderson asked every person who gave evidence what could be changed to ensure other families don't have to experience the same pain.

Resourcing and funding were resounding issues spoken about by all professionals who took the stand.

"I said it was the family's belief that Henry was let down. After four days of evidence there is nothing that has changed my view," Kitchin said on the final day.

"It isn't just about resources, it's about people. He was desperate and I knew that and nobody listened. I feel guilty. I shouldn't, but I do."

Henry's mental health history, as laid out to the court during the inquest, was long and extensive. His medication increased exponentially during the final year of his life.

A statement from Henry's father Dean Martin was read to the court. He said all that was seen of Henry was a personable young man with mental health issues, but the extent of his struggle was never fully identified. 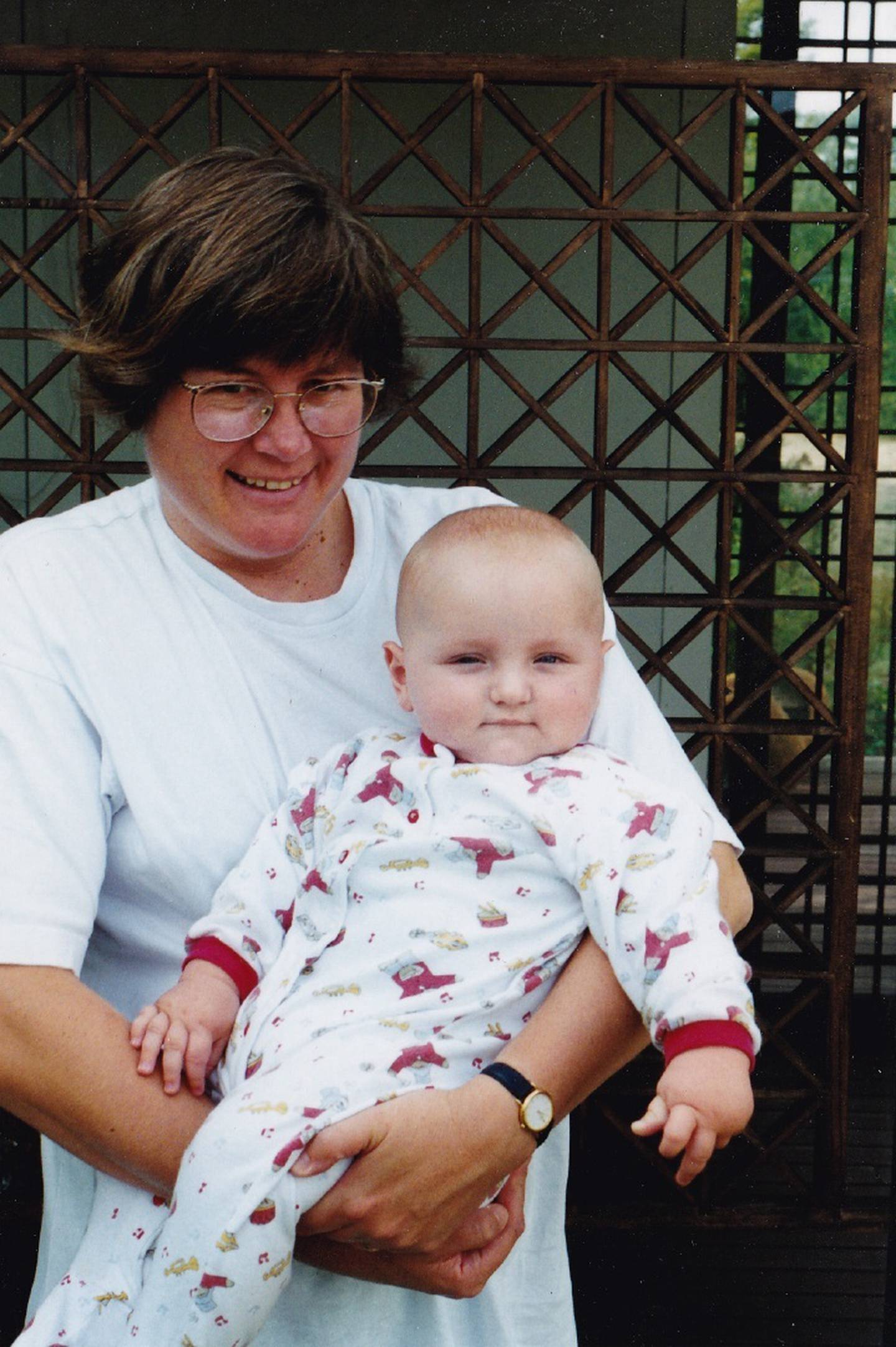 A key issue was whether Henry should have received one-on-one therapy, and if this would have helped to improve his mental health.

Independent professionals said they believed Henry should and could have been referred to a psychologist, and the fact he wasn't was a systemic failure.

During the inquest, Henry's doctor said he was unable to comment on if he should have been referred.

It was said non-urgent referrals could take up to six months for a first appointment, and another nine months after that until work with a psychologist could begin.

A system under pressure

Mental health services for full-time psychologists are working at a third of the desired capacity for the Wellington CAMHS team as they face more demand than before the Covid-19 pandemic.

MHAIDS executive director Karla Bergquist said CAMHS is dedicated to the rangatahi (young people) they support, but accepts the wait list for treatment is high.

Bergquist acknowledged the distress this wait can have on young people and their families.

The service, which is multi-disciplinary, normally operates with three full-time equivalent psychologists.

However, the strain on recruitment in the mental health sector means just a third of that is covered in the role.

"We are actively recruiting psychologists, but are doing so in the face of a national and international shortage of this profession," Bergquist said.

Bergquist said talking therapy could be provided by a range of professionals from different disciplines within CAMHS, however Kitchin still believes a psychologist would have made a difference.

There are around 30 young people waiting for assessments that can only be done by psychologists, such as neuropsychological assessments, but Bergquist said there was no specific psychology wait list for talking therapy.

"The wait for treatment at WCAMHS has been impacted by an increased number of referrals, staffing shortages, and difficulty recruiting to vacancies."

Bergquist said the service continues to dedicate an immense effort to recruitment and staff retention, working with partnering agencies, and these efforts will see a "steady but gradual" reduction in wait times. 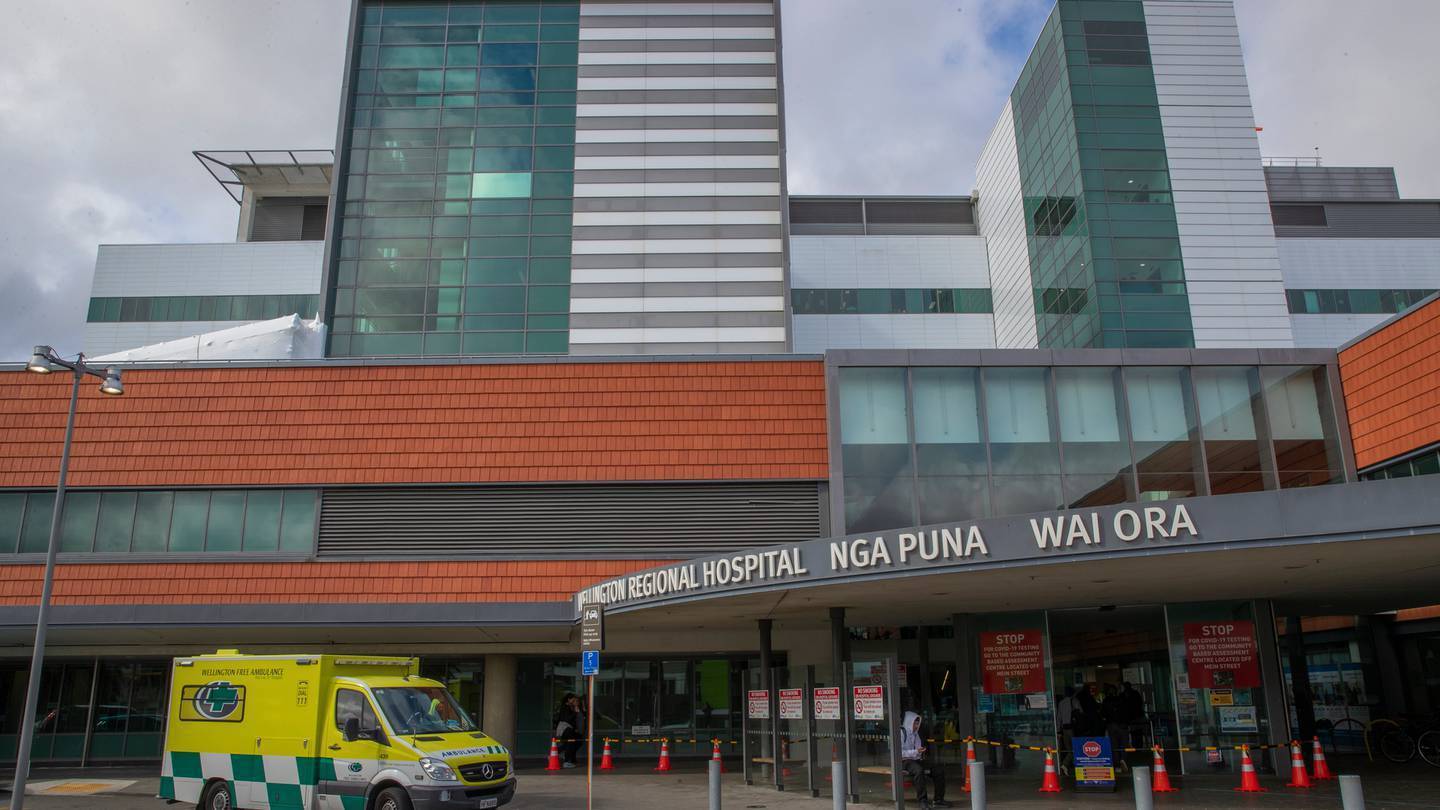 During the inquest, Henry's doctor gave evidence that insinuated staffing numbers were impacting the service and said in his 24 years of working he would take one sick day every three and a half years.

He will often work 11-hour days, around the clock and on-call.

"Clients can be assured they will continue to receive appropriate care," she said.

A relative who has name suppression told Open Justice about how she felt after the inquest process.

"The DHB and CAMHS are cowards. They're cowards because they won't admit that they had a role to play in Henry's death."

When Henry died, his English teacher passed on some creative writing he had done in her class to his mum. He was unassumingly creative and would often scope out locations for a short film he had wanted to make.

Kitchin said she believed Henry and his mental health were misunderstood by his peers, and one of the changes she hopes to come from the inquest is more education in schools around depression.

"What we need to do is go into schools and try to somehow engage with young people about what depression is." 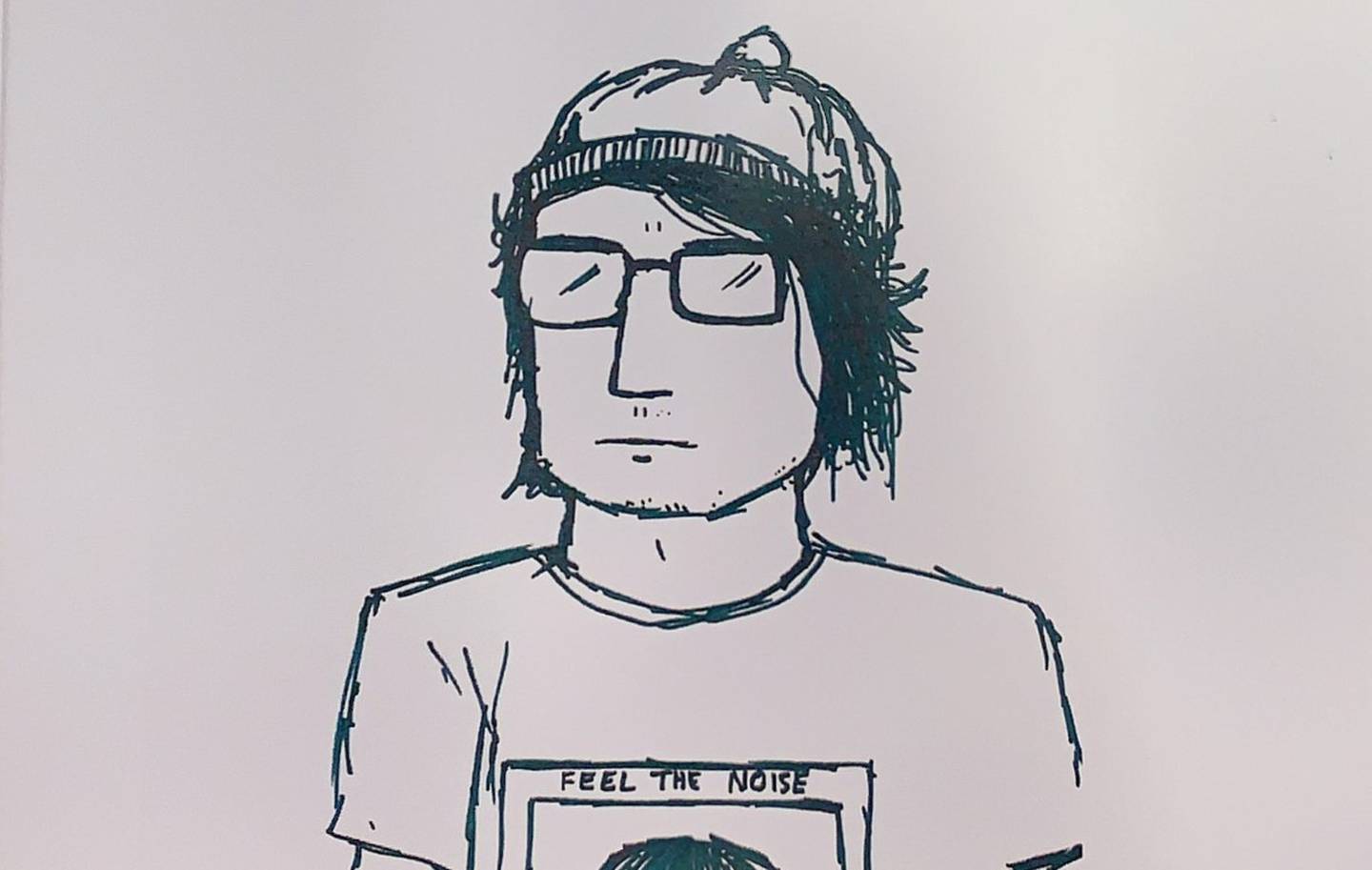 Henry's 'constant stream of negative thoughts' weren't obvious to his teen friends, so Kitchin hopes young people can have access to information on how to support each other.

She also hopes there will be further training and resourcing for the mental health sector, particularly for psychiatrists' registrars who see young people in the emergency department.

"I would hope there's more training so they're made aware that it isn't always obvious who is going to harm themselves or who isn't, and that they take them and their families seriously."