NZ First MP Jenny Marcroft has been shunted well down the party's list rankings to 17th place – the only current MP who is not in the top 10.

NZ First released its 2020 list today. The top seven slots are taken by the party's current MPs – but Marcroft is in a position in which it is effectively impossible for her to return to Parliament.

She has stood for the party in the past and her high ranking gives her a strong chance of getting into Parliament if the party can get more than 5 per cent.

Leader Winston Peters is No 1 and Tabuteau is at 2, followed by Martin, Shane Jones and Ron Mark as the top five. Former MPs Denis O'Rourke and Mahesh Bindra are at 10 and 12 respectively. 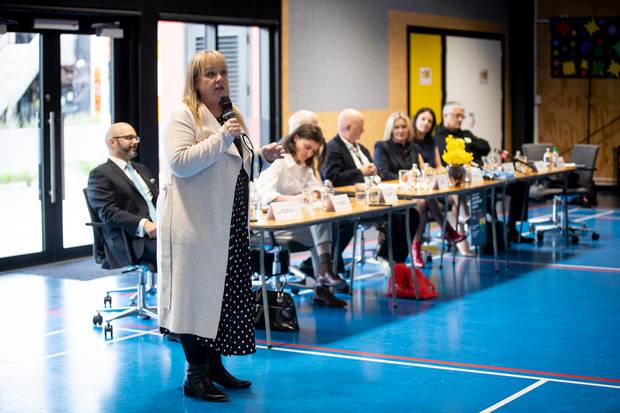 Marcroft is yet to comment. She is standing in the Auckland Central electorate.

NZ First's 9th MP, Clayton Mitchell, is stepping down from politics at the election.

The party got 7.2 per cent of the vote in 2017, but is campaigning for its survival after struggling in the polls throughout the last term as a coalition partner to Labour.

Peters has said that Covid-19 has made the campaign an uneven playing field.

It needs to get at least 5 per cent of the party vote, or win an electorate to return to Parliament.

It is targeting Jones' tilt at the Northland electorate.

A TVNZ Colmar Brunton poll of Northland early last month had Jones on 15 per cent support, adrift of National's Matt King (46 per cent) and Labour's Willow Jean Prime (31 per cent).

Labour has ruled out doing a "deal" in the electorate by pulling Prime out or asking Labour voters to support Jones with their electorate vote.