"The only sustainable way to create new jobs is to reduce barriers, costs and uncertainty for the private sector and in particular small business," Collins said in Miramar in Wellington.

"National will empower small businesses to grow, thrive and succeed," she said.

National would make other changes to Employment Relations Act, including getting rid of the provision that allows lawyers to take up cases on a "no-win no-fee" basis.

National believes it allows lawyers to shop around for speculative employment cases and creates uncertainty in the law.

National would also initiate a review of WorkSafe, the government's workplace regulator. 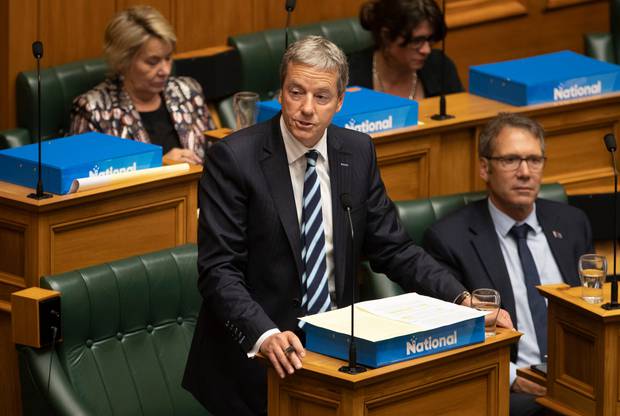 Labour wanted to get rid of 90-day trials altogether but, in a compromise with New Zealand First, the trials are now limited to employers with fewer than 20 employees.

It means employees in small and medium enterprises cannot take a personal grievance or other legal action against an employer for unfair dismissal within the first 90 calendar days of employment.

Labour's flagship industrial relations policy, Fair Pay Agreements, which allows a selective return to national awards, have been scuppered by New Zealand First and have not progressed into legislation.

National has previously announced a policy known as Jobstart which gives employers a $10,000 grant for every new person it hires above its FTE workforce from November to March, up to a maximum of 10 employees, or nationally 50,000 new hires.

Small business spokesman Andrew Bayly said better employment and incentives for job creation would help businesses to take on new staff and get them off unemployment benefits.

"Kiwi businesses are struggling under the weight of poor regulation and mounting costs," he said.

"We will initiate a review of WorkSafe, five years since its inception, to ensure it is focused on delivering a high-performance culture, with an emphasis on a collaborative and reasonable approach to health and safety improvement," Bayly said.

He said National would also require all government departments and agencies to pay their contractors within seven days.

He said National would: