There are few surprises in the National Party's list, with it largely matching the caucus rankings.

National MP Alfred Ngaro has been placed well down National Party list, meaning he will almost certainly have to beat Labour's Phil Twyford in Te Atatu to return to Parliament
The top new candidate on the list is Nancy Lu, who is at 26.

Lu has been given one of the few list-only slots National allows for, and is ranked above other sitting List MPs Parmjeet Parmar, Agnes Loheni and Alfred Ngaro.

National Party leader Judith Collins said Ngaro had a very winnable seat in Te Atatu and she believed he could win it.

"I think he can beat Phil Twyford," she said.

Christopher Luxon is down at 61 along with other new candidates in safe National seats.
That is consistent with National's practise of ranking candidates in those seats low, to reflect the expectation that they work to retain the seat.

Candidates expected to rely on the list because they are standing in the electorates held by Labour, or marginal seats are ranked in the following order:

Party president Peter Goodfellow said the ranking was a very involved process but we've built on the strategy from last time of having a good representative list that is built on experience and around some geographics as well, regional obviously and mixed in a good bit of diversity.

Asked about how much diversity factored in, given recent criticism of a lack of diversity in the party, Collins said they always looked on it based on the merits, the talent, the hard work.

Also it is important to represent New Zealand and we've gone some way to make sure we do. It's very important we don't represent one particular group within New Zealand. We are the National Party for everyone.

The most recent poll, the 1 News Colmar Brunton, put National at 32 per cent which would allocate them 41 seats in Parliament. 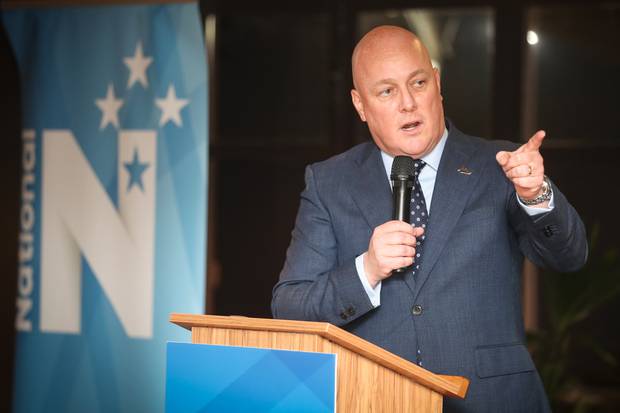 Labour was on 53 per cent, awarding them 67 seats, the Green Party 5 per cent, which would give them six seats, Act was on 4.8 per cent and

Currently, National has 56 seats, Labour has 46, NZ First has nine, the Greens have eight and ACT has one.