Jacinda Ardern and Judith Collins stepped up their war of words today over tax after Green Party co-leader James Shaw said it was not credible to avoid having conversations about tax in any post-election talks.

National's single day of action on Sunday to try to convince voters that Labour will bow to pressure from the Greens over a wealth tax after the election now appears to have been extended.

Ardern and Finance Minister Grant Robertson have repeatedly ruled it out but Collins, who has been in Christchurch today, says Labour could buckle under bullying from the
Greens, as it had before.

"Don't forget it was a Labour Government that unilaterally decided to ban oil and gas exploration in Taranaki – a fact they didn't tell the electorate about before the 2017 election.

"This election, Ms Ardern needs to come clean with voters on her real agenda before they enter the ballot box."

She seemed to suggest that Ardern's practice of regularly taking baking to coalition discussions after the 2017 election was a sign of Labour acquiescence.

"I'm not someone who takes the chocolate biscuits to the bargaining table to show subservience," Collins told reporters.

Ardern, campaigning in Hamilton, said she wished National would debate the facts, not fiction. 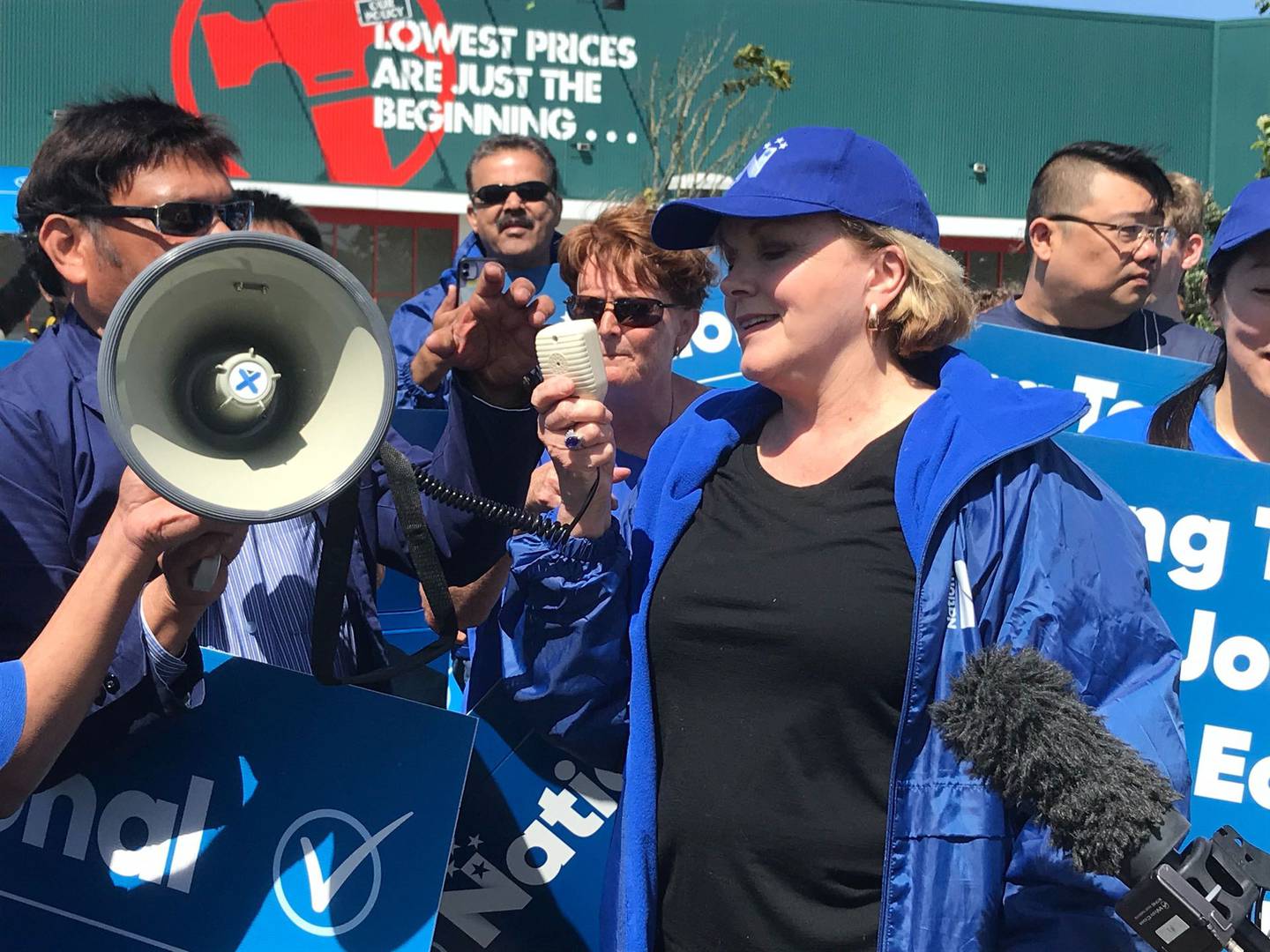 "My only frustration is that the National Party continues to use misinformation in their campaign.

"My view is that they should be courageous enough to debate real issues and fact, not fiction."

National's policy is for across the board tax cuts for 16 months. 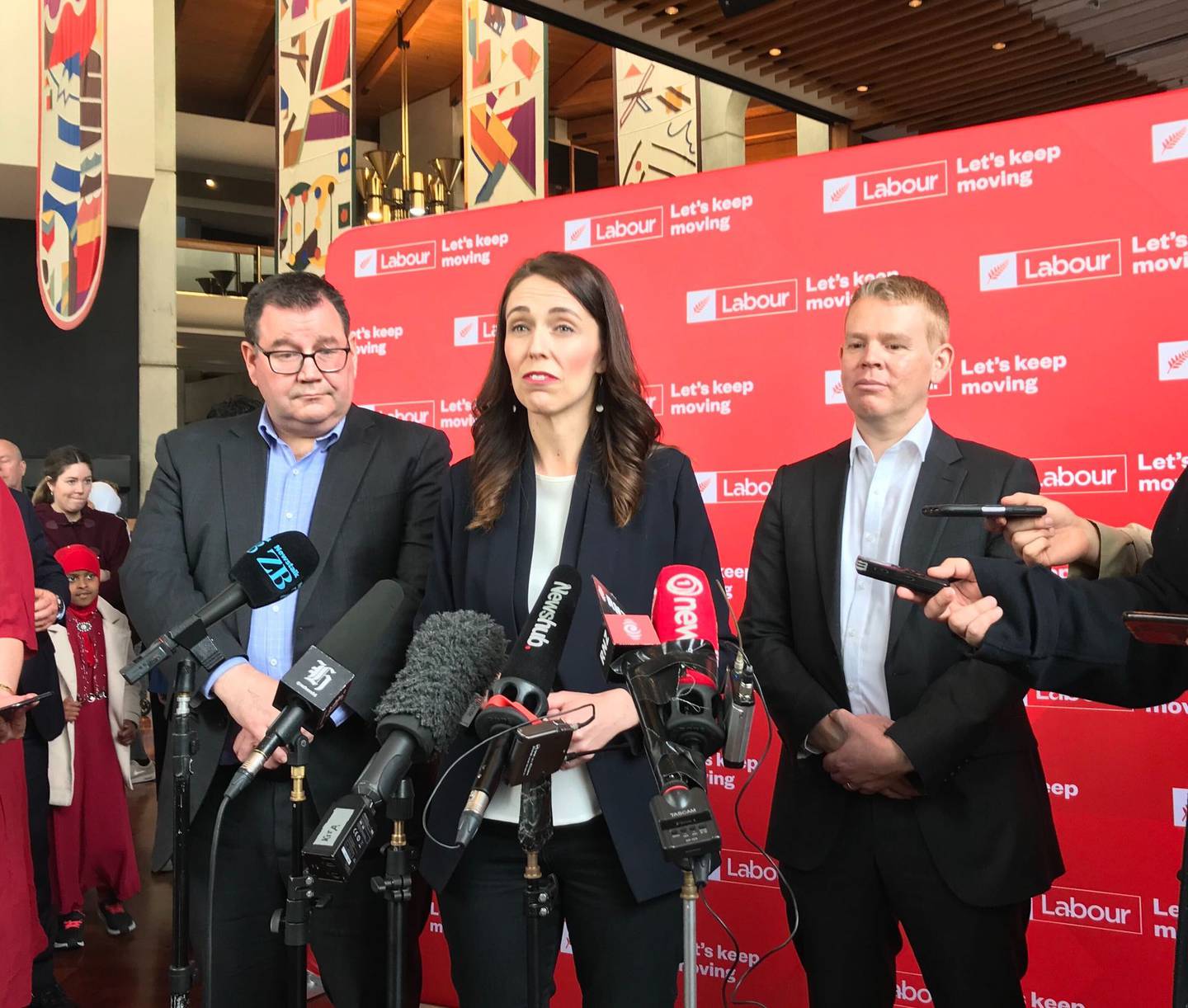 A couple with a $1 million mortage-free property and $500,000 in savings would not pay the wealth tax because the wealth would be divided into $750,000 each, falling short of the threshold.

National was forced to correct an ad saying such a couple would be paying $140 a week – when it would be nothing.

However, Collins said that once one of the couple died, tax would have to be paid by the remaining spouse

Ardern described National's "stop the wealth tax day" on Sunday as "the last throw of the misinformation dice" by National. 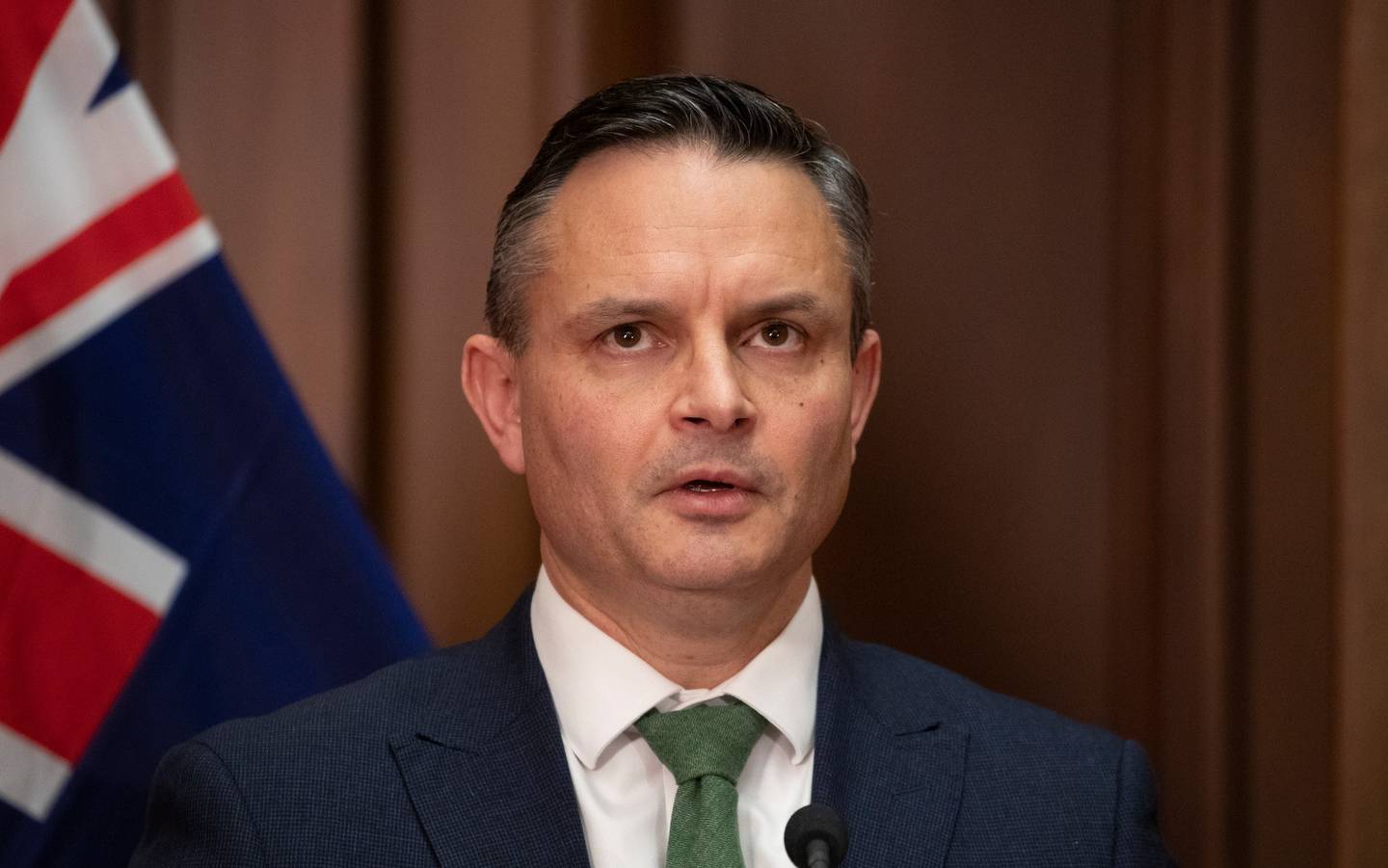 However, Greens co-leader James Shaw added oxygen to the issues on Monday morning when he told RNZ that it would not be credible for the Greens to avoid raising the issue of tax in any post-election negotiations.

"I don't think that it is credible not to have a conversation both about the fairness within the tax system, and the amount of revenue that government needs to raise in order to be able to get ourselves through this crisis and then to be able to pay back the debt that's associated with that," Shaw said.

"You need to have an election and then you need to sit down and talk in the formation of government stage and say what might be possible here."

Collins seized on that interview, saying it was the Greens who had brought it up – as Shaw had last week when he said the wealth tax was another version of a capital gains tax, also ruled out by Labour.

"We are not the ones bringing it up. They are bringing it up and I don't believe for a moment that these guys aren't going to come after everyone's money, come after New Zealanders' money that has been hard worked for and they want to take if off them.

"The Greens had been able to bully Labour in the past.

"They will do anything to get into government," said Collins.

"Of course, they will give in to the Greens."