Labour leader Jacinda Ardern has continued her party's attacks on National's tax cut plans, saying now is not the time to be "raiding" the Covid-19 recovery fund.

"It feels to me it's been done on the fly," Robertson said, adding that the numbers "simply don't add up".

But the overwhelming message from Labour was that New Zealand simply cannot afford National's flagship policy.

National leader Judith Collins said this would save a middle-income earner roughly $3000 a year, or $50 a week.

Ardern said voters would look at both National and Labour's tax policies and be able to make a decision about what was right, right now. 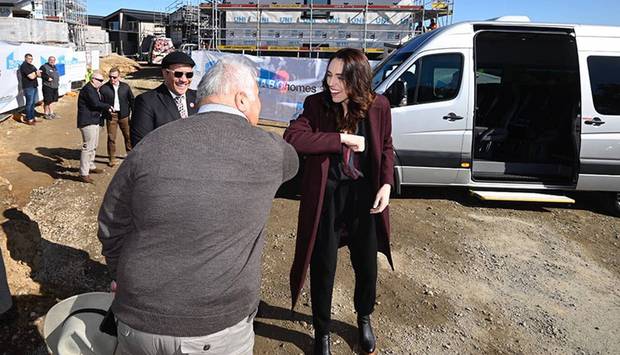 The Government has set aside $14 billion in a Covid-19 recovery contingency fund – National indicated $4 billion would be used on its $10 billion plan.

The rest would be funded by spending less money than Labour otherwise would have over the next 14 years.

National's planned operating allowanced – how much new money the government will spend each year – is $51b lower than Prefu's estimates over the next 14 years.

National's finance spokesman Paul Goldsmith this morning promised that despite the lower level of expected spending, his party would not make cuts to health, education or social spending.

But Ardern was not convinced, calling the party's plans "totally unaffordable".

She said she had seen nothing in National's plan which would suggest the party would be able to make its tax cuts without cutting key services.

It appears to be a scaled-down version of the Provincial Growth Fund – the $3 billion crown jewel in New Zealand First's coalition agreement with Labour.

Labour's mooted project would spell the end of the PGF – but Twyford said the fund was "ground breaking".

The policy would be linked with Labour's industry policy; this would help grow sectors such as agritech and the digital area.

Twyford talked up the provincial development unit, which would be "fine-tuned".

In terms of what's left in the PGF, Robertson said there was not a lot left and the bulk of it had either been spent, or already allocated.

"This is the next stage," Robertson said.