Members of the Mongrel Mob who travelled down to the South Island for a weekend meet-up have been warned by Cook Strait ferry bosses to be on their best behaviour for the return trip.

More than 100 riders and associates roared into the Garden City from around the country for the meet.

On Friday, many members crossed the Cook Strait on the Interislander ferry, wearing gang patches and regalia, and posing for photographs.

Mongrel Mob members were spotted around Christchurch over the weekend, including Riverside Market and inner city bars, with the hui being held at Halswell Quarry.

Several then continued their southern tour to tourist hotspot Queenstown where they were seen going around the sights.

They were believed to be staying for a few days before returning home. 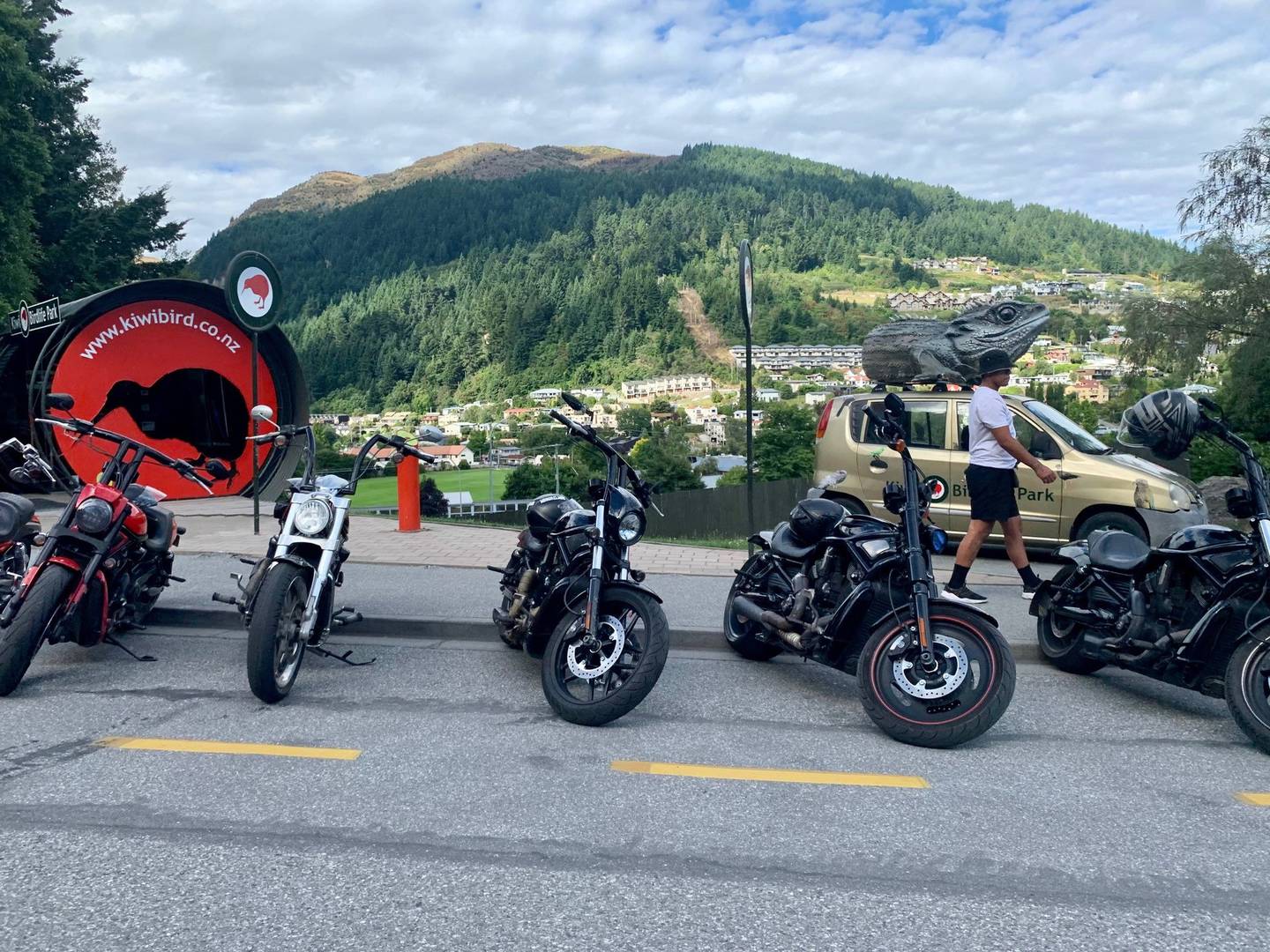 Some of the gang members continued their southern tour to the tourism hotspot of Queenstown. Photo / James Allan

However, if they want to get themselves and their motorcycles back to the North Island they will have to be on their best behaviour.

Interislander executive general manager Walter Rushbrook denied that Mongrel Mob members had been barred from travelling on the ferries.

"However, KiwiRail has held discussions with the gang and made it clear that members travelling must adhere to the same standards of behaviour as other passengers in order to continue using the service," Rushbrook told the Herald today.

Some of the gang members continued their southern tour to the tourism hotspot of Queenstown. Photo / James Allan

Police also say that a Mongrel Mob member was allegedly involved in a nasty, unprovoked attack on Oxford Terrace – a busy nightspot alongside the Avon River – around 1am on Sunday.

Detective Senior Sergeant Nicola Reeves said a man sucker-punched another man, causing the victim to fall to the ground and hit his head on the pavement.

Nineteen-year-old promising rugby player Leni Taufateau remains in hospital with a fractured skull after his head hit the pavement in the attack.

His friend, Eddy Sunia, said there have been lots of prayers coming from Tonga and it hasn't been easy for his parents.

He said it's been hard with the Covid-19 situation, but everyone is sending messages of support with his recovery.

"The victim became unconscious and was transported to hospital where he remains," Reeves said.

"The offender was one of a group of Mongrel Mob who were socialising in town at the time and is described as Māori with tattoos on his arms, wearing black clothing, a black hat and a red bandanna wrapped around his wrist," he alleged.

Many people were in the area at the time, Reeves said, and police believe some may have videos or photographs of the assault and/or the offender.

"Anyone who has information about the assault is encouraged to contact police on 105 quoting file number 210131/5776 or anonymously on 0800 Crimestoppers."

Police say inquiries are ongoing. There have been no arrests at this stage.

There has been a flare-up in gang violence in the city since New Year, with a suspected gang-related homicide and double shooting in Kaiapoi which left Fairmont Joseph Wiringi, son of Joseph Wiringi, the local Mongrel Mob president with gunshot wounds.