A deadly sea snake found alive on a Northland beach is classed as a native, but it's toxin is highly dangerous for humans, and an expert says they should not be handled or approached.

A highly venomous yellow-bellied sea snake, was discovered on Tokerau Beach in Doubtless Bay over the weekend by a local resident Samantha Cooper.

Her find was posted to the Kaitaia Noticeboard on Facebook where it garnered plenty of responses. 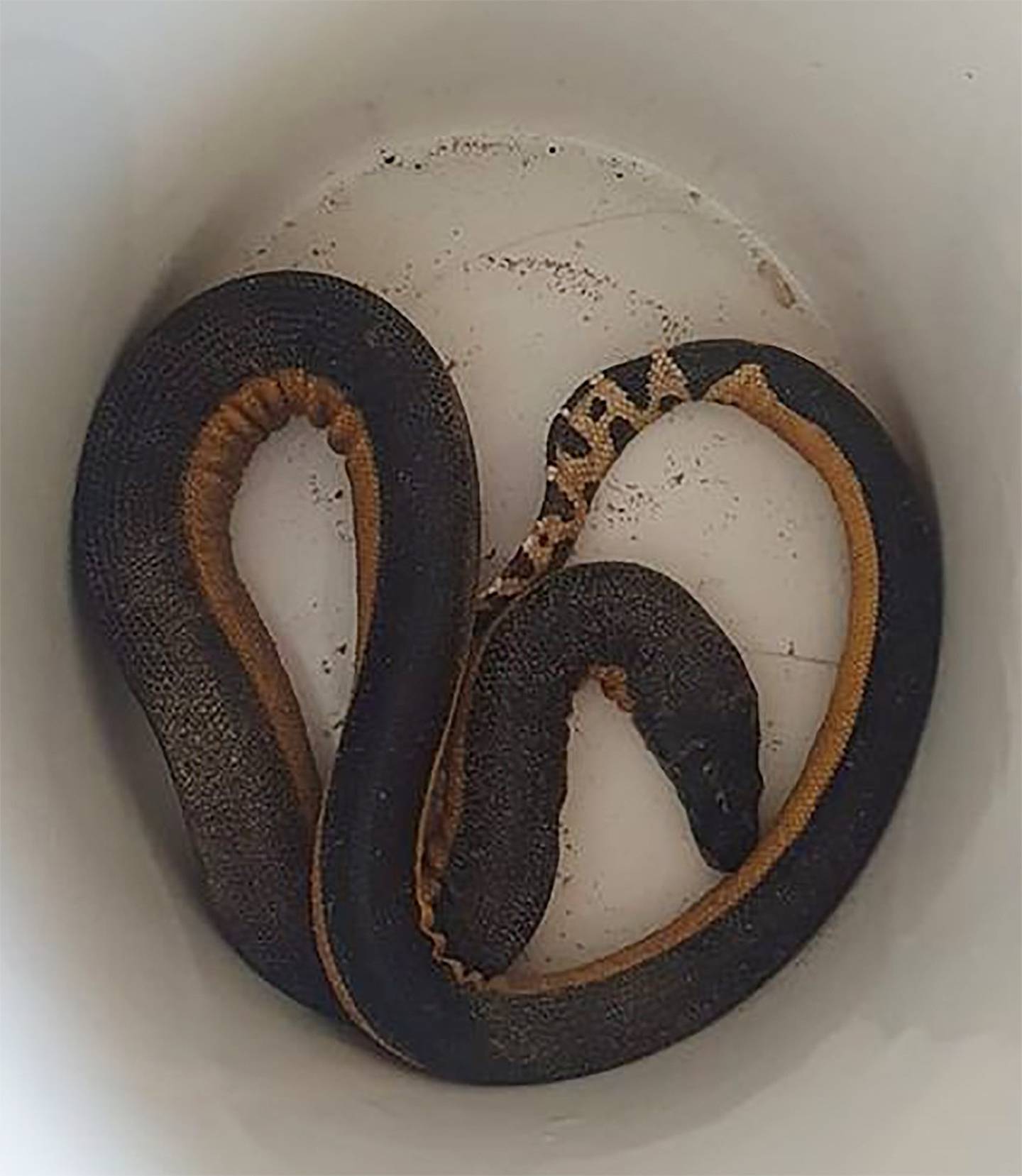 The yellow-bellied sea snake that washed up on Tokerau Beach in Doubtless Bay, Northland, at the weekend. Photo: Facebook / Samantha Cooper

"To all the Karen's. yes we tried to put it back in the ocean but it kept swimming back on to the sand, the tide is on it's way out and I was worried about kids and dogs safety.. Also cars drive on Tokerau so it was most probably get squished. I gave the snake to doc. I didnt know Aotearoa had snakes," Cooper posted.

Sightings of the snakes are fairly rare in New Zealand, though they are believed to breed in tropical in the Northern Tasman Sea. They are only found here between six and 10 times a year.

The last one found in Northland was on Baylys Beach in April 2018.

As the sea snake is deemed a native - because it made its own way here - it comes under the responsibility of the Department of Conservation.

DoC expert Clinton Duffy said the yellow-bellied sea snake, while beautiful, are very deadly. They are the only sea snake that spends its entire life at sea - including birthing live young, rather than eggs - so to see one on shore meant it was in trouble.

''They hunt fish and so have a powerful neurotoxin so it doesn't matter if the fish escapes the initial attack, it will die pretty soon. But its fangs are small and right in the back of its mouth so it has to get a really good bite.'' Duffy said.

''They are considered to be natives because they made it here under their own steam.''

So what should people do if they came across one of these venomous sea snakes?

''Don't pick them up and give them a wide berth. It takes a lot to provoke a yellow-bellied to bit, but if it does it could well be deadly so it's best to stay away and call 0800 DOCHOT as they are the responsibility of the Department of Conservation.''

Duffy said there was probably not a lot DoC could do, other than cordoning off the area where the snake was.

''DoC staff aren't allowed t pick them up either, as you have to be a qualified snake handler.''