A Northland police officer who dislocated his shoulder as he thwarted a teen's attempted suicide – managing to grab the 18-year-old just as he jumped over a bridge railing – has received an unexpected thank you more than a decade later.

The person he saved, now a 32-year-old first home buyer who is planning a family, said he is living a rich, fulfilling life and wants to let people know that self-harm isn't the answer.

His wife convinced him to reach out to Kerikeri-based Sergeant Dylan Robinson recently after he opened up to her about the ordeal.

"That night was a turning point in my life," he told Ten One Magazine in a story published today. "Since then, I have taken every chance and positive opportunity that's come my way. I just wanted to say thank you.

"I've travelled the world, been married six years and just bought my first house. None of that would have happened if Dylan hadn't helped me that morning. He was there and was able to pull me back over the railing."

The officer was called to Kerikeri's Heritage Bypass bridge, over Waipekakoura River, at about 4.20 one morning in November 2009 after a motorist reported someone with their feet dangling over the structure's railing. 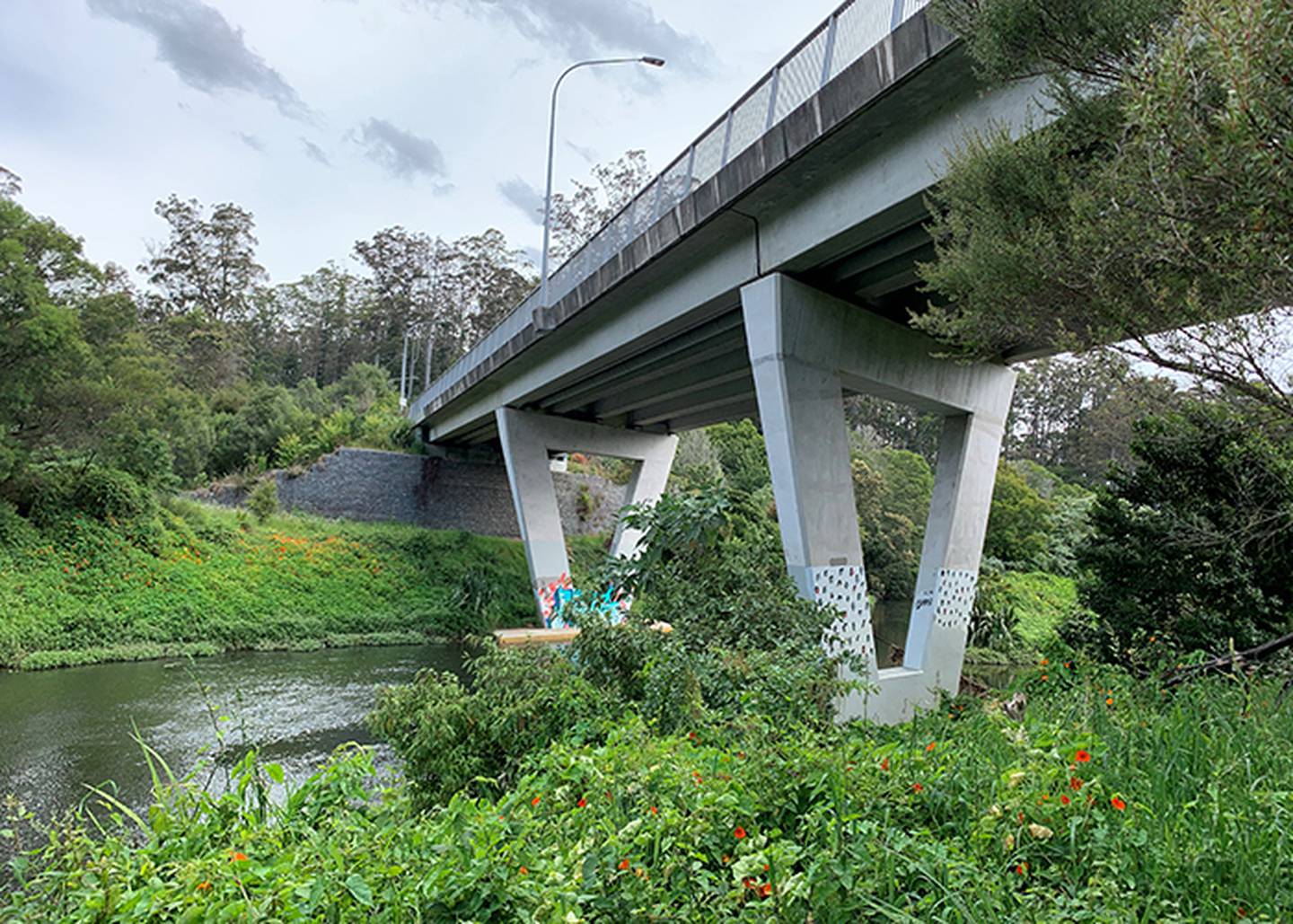 Sergeant Dylan Robinson met the teen at the Heritage Bypass bridge in Kerikeri in 2009. Photo / Supplied

The teen's relationship with his first serious girlfriend had just ended, he had been kicked out of his flat and he was very intoxicated, he recalled years later.

Robinson slowly inched his way forward as he talked to the teen for about 20 minutes, but he knew when he heard the stranger say, "I've had enough," that it was time to take quick action.

"He let go of the railings, leant forward and jumped," Robinson recalled. "It happened so quickly. My brain was telling me, 'Get him to safety.'"

He managed to grab the teen under one of his armpits.

"I remember pulling and pulling him and then both of us sitting on the ground on the right side of the railing," Robinson said.

"It wasn't until we were sitting there that I realised I'd dislocated my shoulder. I lifted it and it clunked back in place."

The teen remained distraught, but the officer got him help that morning.

"I just remember feeling that someone cared – finally," he said of Robinson. "He made it really obvious there were people who cared. He told me that he cared."

Recounting that night can still bring him to tears, he said, but now they are "joyful and grateful tears".

Robinson said he also is thankful to now know that his actions that night made a difference. He praised the former stranger for speaking out and urged others to find someone to talk to when feeling low.

"You're not weak but showing strength," he said. "Sometimes you can't see there is another way out, but there is."

Where to find help: